Pedestrian crossover plans made by UCPR in Alfred, second considered in Embrun 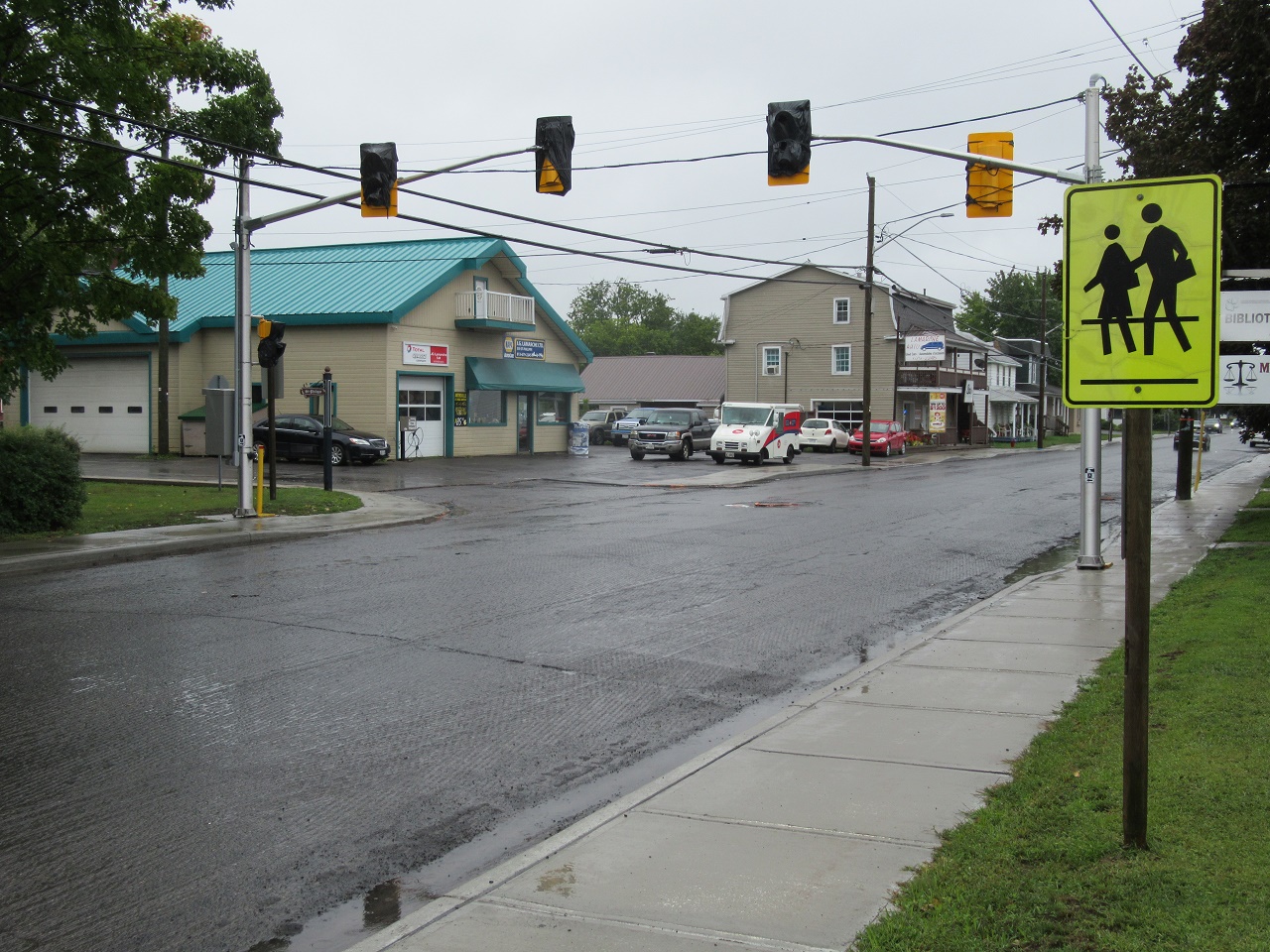 A new pedestrian crossover is planned for Alfred and another one is being considered for Embrun.

On June 8, the United Counties of Prescott and Russell (UCPR) Public Works Committee approved a request from the Township of Alfred and Plantagenet for a new crossover controlled by a traffic signal at the intersection of County Road 17 and Larocque Street in Alfred. The township requested the new crossover be designed like the one installed two years ago at the intersection of St-Philippe and St-Paul streets in Alfred.

Director of Public Works Jérémie Bouchard said pedestrian traffic at the location does not warrant the installation of a crossover. A video camera survey in October of 2021 only recorded 12 pedestrian crossings at the intersection during a 36-hour period. However, he said the decision was ultimately for the committee to make.

Committee member Clarence-Rockland Mayor Mario Zanth expressed concern for pedestrian safety. The committee decided to approve the crossover. The costs will be shared between the UCPR and the township.

Bouchard told the committee the Department of Public Works has received yet another request for a pedestrian crossing on County Road 3/Notre-Dame Street near the intersection with Blais Street in Embrun. The request was made by the Maison des Arts because many people must cross the street to attend events at the facility.

Warden Daniel Lafleur, who is a committee member, said the crossover should be installed if the municipality—in this case Russell Township—agrees.

The committee recommended that the crossover be included in possible projects for 2023 UCPR budget preparations.