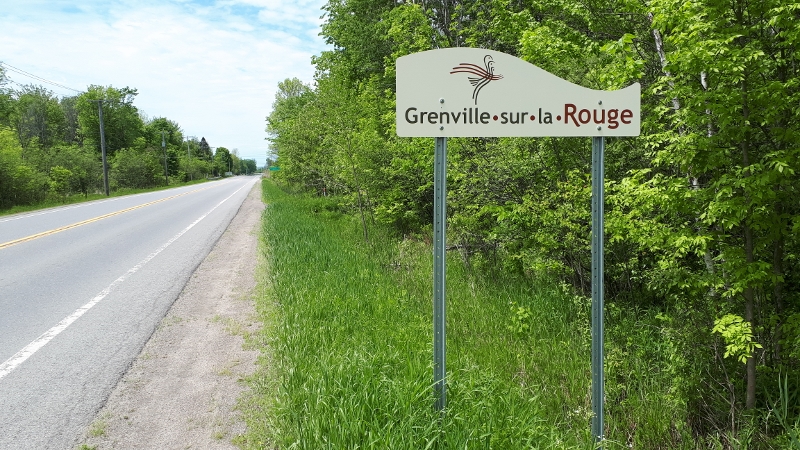 The new Chief Executive Officer (CEO) of a mining company interested in developing a graphite mine in Grenville-sur-la-Rouge introduced himself at the municipal council meeting on July 12.

According to a written statement from Grenville-sur-la-Rouge Director-General Marc Beaulieu, Ellerton Castor spoke during the second question period of the council meeting.

Castor was appointed CEO of Canada Carbon in November 2021.

Castor expressed his wish to continue the procedures to establish a graphite mine as well as a marble quarry in the municipality.

Council listened to Castor, and Mayor Tom Arnold reiterated that the mandate of the municipal council of Grenville-sur-la-Rouge is to see to the protection of the interests of its citizens and any request from Canada Carbon would be examined within that context.

Canada Carbon would like to develop the Miller graphite mine. The company describes the mineral found at the site as high in quality for use in battery components, including batteries for electric vehicles. Canada Carbon describes the proposed mine as a green project because the graphite will be used in the manufacture of products designed to reduce reliance upon fossil fuels.

The proposed mine and quarry were met with opposition by residents and resulted in legal controversy beginning in 2018, including a $96 million lawsuit against the municipality which was settled out of court in 2020. In September 2021, the Commission de Protection du Territoire Agricole du Québec (CPTAQ) determined mining could not take place on agricultural lands adjacent to the site. The proposal will also be going through Québec’s BAPE environmental review process.

Part of the settlement of the lawsuit included developing a discussion protocol between the municipality and the company to engage in dialogue on the proposed mine and quarry.

According to Beaulieu, no commitments were made by either party at Castor’s recent appearance before council, but the meeting signaled a resumption in dialogue between Canada Carbon and the elected municipal officials of Grenville-sur-la-Rouge.

In another matter related to mining in Argenteuil, Québec’s Deputy Minister of Energy and Natural Resources has responded to a resolution on mining approved by the Municipalité régionale du comté (MRC) d’Argenteuil council this past spring.

On April 13, the MRC council agreed to support the neighbouring MRC de Papineau in its efforts to make a presentation to the Minister of Energy and Natural Resources regarding the designation of territories incompatible with mining activity (TIAM) process. The resolution asked the government of Québec if the criteria used in land use planning to determine if mining is compatible with other land uses can be adapted to environmental matters, such as the protection of biodiversity and the preservation of the environment. The resolution also requested the Québec government that the MRC be given the flexibility to respond to the concerns of citizens with respect to the social acceptability of land use, including mining.

In response to the resolution, Deputy Minister of Energy and Natural Resources Marie-Josée Lizotte sent a letter to MRC d’Argenteuil Prefect Scott Pearce on June 29. In that letter, Lizotte explained that the government directive on land use planning involving mining is under the direction of the Ministry of Municipal Affairs and Housing. However, Lizotte wrote that the government is planning to update Québec’s land use policies for the first time since 2016 and MRC’s will have the opportunity to share their concerns during that process.

The MRC d’Argenteuil began the TIAM process in 2020 to identify territories considered incompatible with mining activity.