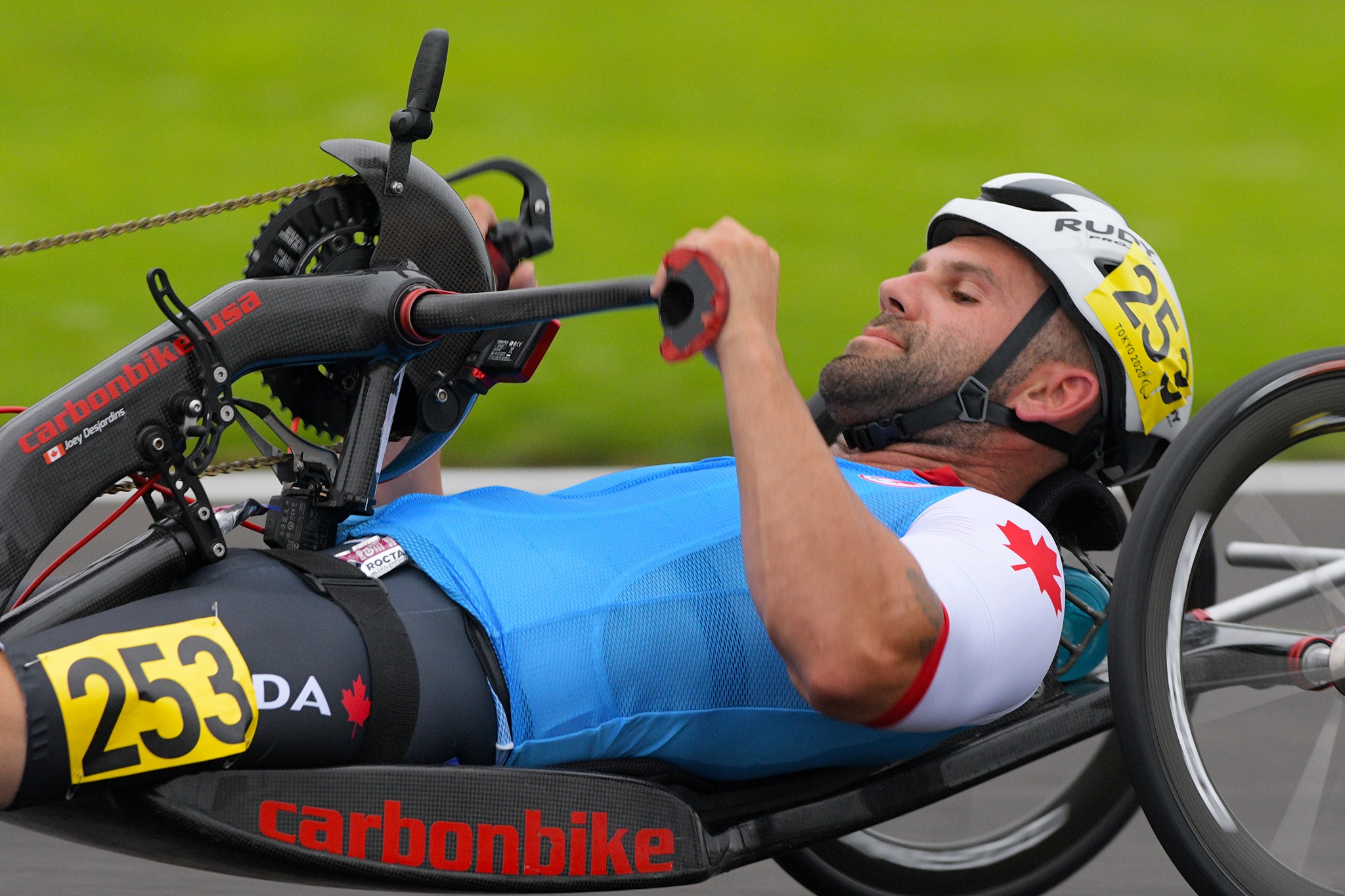 Joey Desjardins is a local Para cyclist, who was born in La Pocatiere, Quebec., he then moved to Vankleek Hill at age four, close to the fairgrounds, before moving to Hawkesbury in 2012, at the age of 26, all while thriving in athletics. Hockey and biking recreationally were two of his favourite activities to partake in.

Desjardins took home top spot in the H3 Road Race on Saturday, June 25, pulling away early and extending his lead to almost two minutes over the second place cyclist by the end of the race. The Hawkesbury athlete finished with a time of 1:18.16 to beat out World Cup cycling and 2020 Paralympics teammate Charles Moreau, who finished in second – one minute and 44 seconds behind Desjardins. Teammate Alex Hyndman finished in third place.

The Road Race top three was a complete reversal of the Men’s H3 Time Trial event that was held two days previously on Thursday, June 23, at the Canadian Road Championships. Hyndman finished first in the Time Trial with a time of 29.02.1, ahead of Moreau in 30.07.7 and Desjardins, just two seconds back at 30.09.8.

Desjardins will return home from Edmonton with two medals and extra momentum for his last two races of the season, including the final World Cup Para-Cycling competition, which will be held from August 4-7 in Québec City. The World Championships will follow in Baie Comeau, Québec, from August 11 to 14. Both events will offer rare chances for his family and friends to see Desjardins compete in major cycling events close to home.