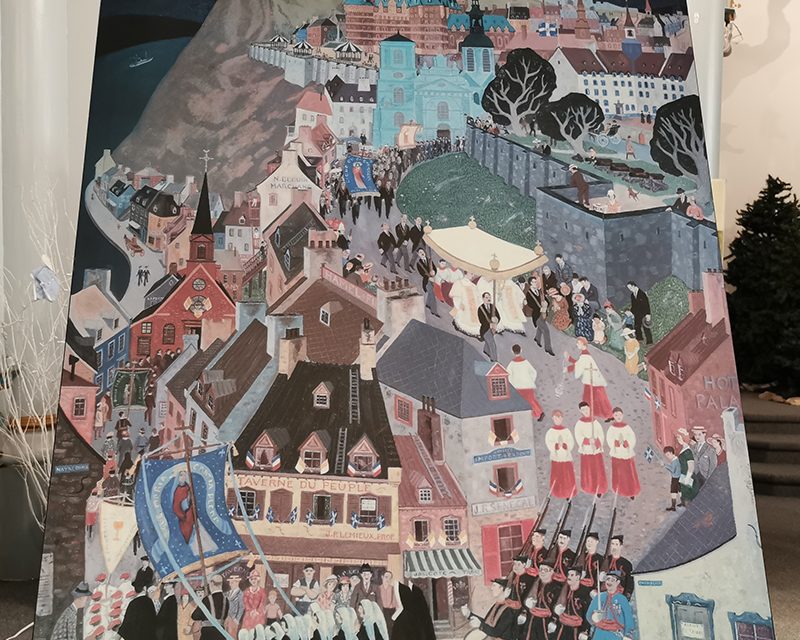 A painting by Québec artist Jean-Paul Lemieux depicts the Feast of Corpus Christi in Québec City. Such an event has not happened in Vankleek Hill since the 1970s. This print of the original painting is owned by the Église Saint-Grégoire-de-Nazianze in Vankleek Hill. Photo: Louise Sproule

It is with history and religious ceremony in mind that parishioners of Saint-Grégoire-de-Nazianze Church in Vankleek Hill will commemorate the 225th anniversary of Vankleek Hill, on Sunday, June 19 when they will celebrate the Feast of Corpus Christi publicly and solemnly, as their forefathers did during the 50s, 60s and 70s. This type of celebration dates back to the second half of the thirteenth century.

What is the Feast of Corpus Christi?

Corpus Christi is primarily a Roman Catholic festival, but it is also acknowledged in the calendar of a few Anglican churches and celebrated by some Western Rite Orthodox Christians. Corpus Christi means the Body of Christ and refers to the Holy Communion, Last Supper or Lord’s Supper. It honours the body of Jesus Christ in the Eucharist.

Years ago, this feast was presided over by an archbishop, followed by priests, deacons and members of various parish groups like school children, Knights of Columbus, Optimist Club members, etc. The festival of Corpus Christi gave rise in many places to a procession, during which the priest carried the Eucharist, on display in a parade through the streets, then taken to a home which had been decorated with banners and flowers. Each group would carry their own banner. Loudspeakers would be installed along the streets around the perimeter of the church and several hundreds of people would gather along the route and in front of the church. The procession would proceed with parishioners praying and singing hymns.

This year, there will surely by less participants to take part in the procession as many former religious organizations no longer exists. The temporary altar, decorated with candles, flowers and various decorative objects will be installed at a parishioner’s home, at 154 Higginson Street, where parishioners will pause to pray and sing hymns.

10 am – Mass in the church, celebrated by Mgr. Vincent Cadieux

At 12 noon, a brunch will take place at the Golden Age Club on Bond Street in Vankleek Hill. There is an admission cost to attend the breakfast. 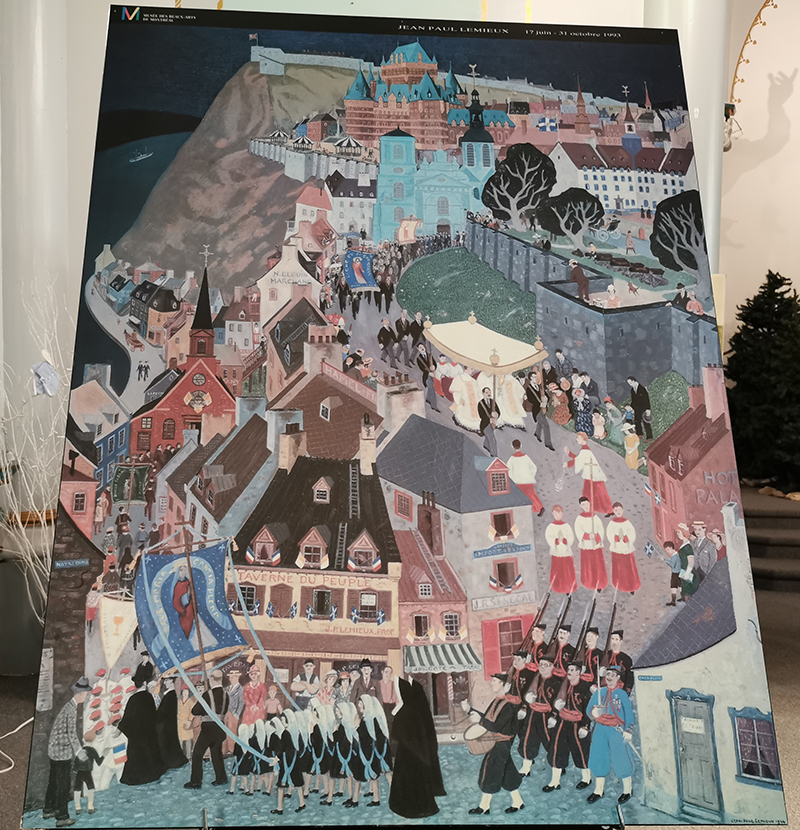 A painting by Québec artist Jean-Paul Lemieux depicts the Feast of Corpus Christi in Québec City. Such an event has not happened in Vankleek Hill since the 1970s. This print of the original painting is owned by the Église Saint-Grégoire-de-Nazianze in Vankleek Hill.
Photo: Louise Sproule