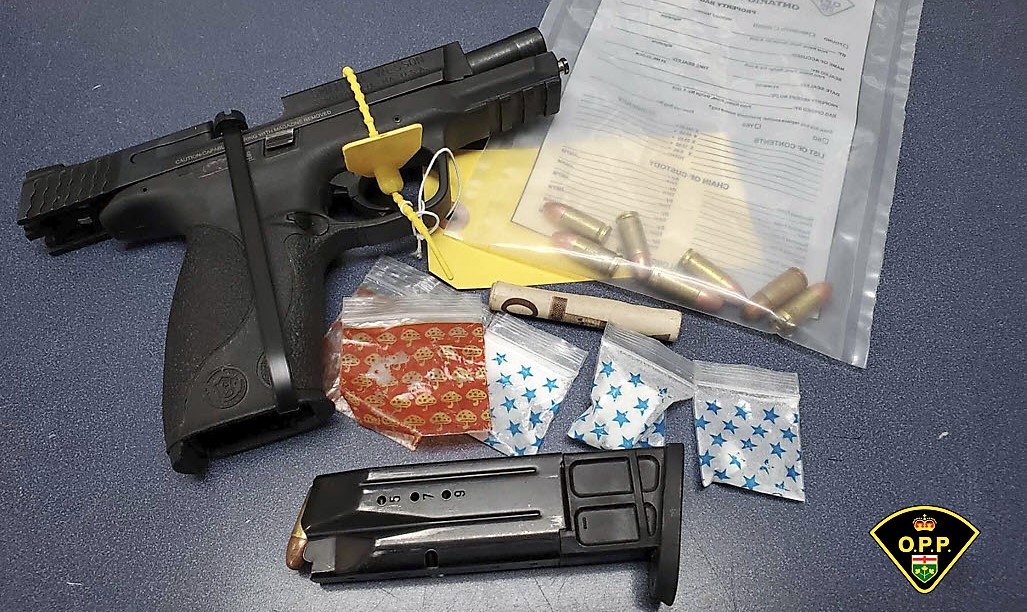 The Stormont, Dundas & Glengarry Ontario Provincial Police (OPP) have charged a driver with possession of a loaded handgun and illegal drugs.

On June 5, shortly before 4 a.m., SD&G OPP were on general patrol in Alexandria, in North Glengarry township. The officers observed a suspicious vehicle parked on McDougald Street East and near a closed business.

Additional investigation revealed a loaded handgun and suspected cocaine within the vehicle.

A 26-year-old male, from North Glengarry, was arrested and charged under the Criminal Code of Canada and Controlled Drugs and Substances Act with:

– Possession of a Schedule I Substance- Cocaine CDSA 4(1)

The accused was remanded in custody and is scheduled to appear at the Ontario Court of Justice in Cornwall at a later date.