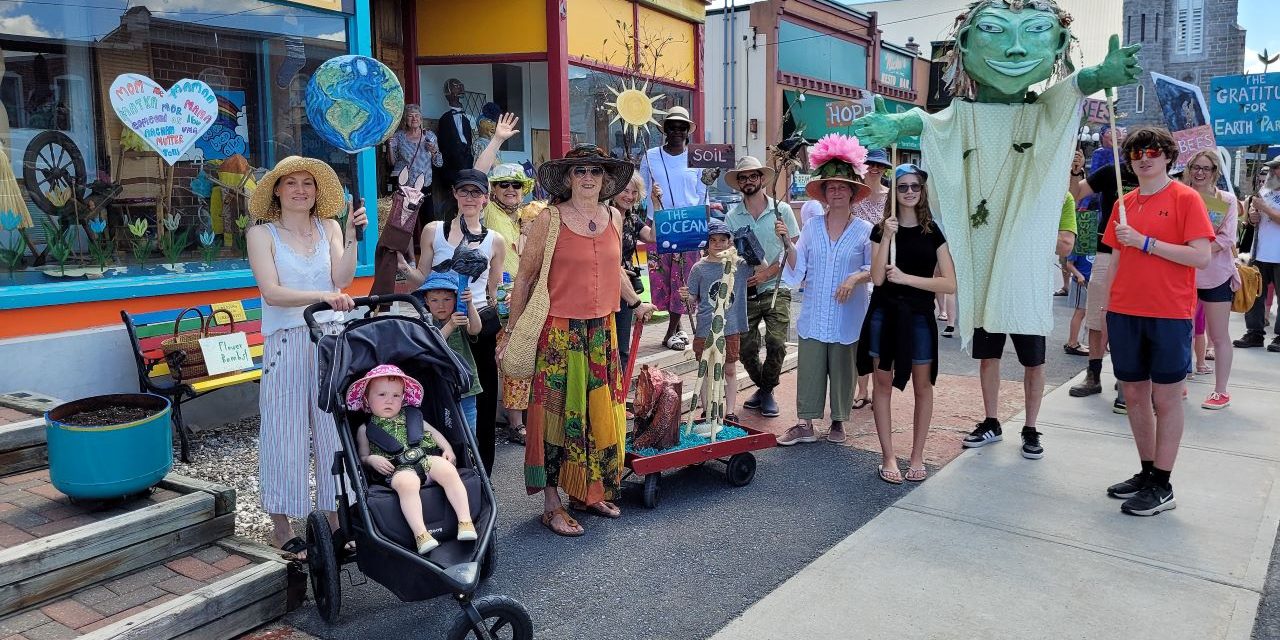 Some of the participants in Vankleek Hill’s ‘Gratitude for Earth’ parade at the Creating Centre prior to the march down Main Street. Photo: Reid Masson

It was a great scene and fantastic turnout for Vankleek Hill’s ‘Gratitude for Earth’ parade last Saturday afternoon (May 14), as close to 100 people turned out to march through the community with with giant puppets and take part in two tree plantings.

“It was absolutely so much fun to do – I was struck in the moment,” said artist Susie Fairbrother, who helped organize the event by with her eight-year-old grandson Charlie Kazak, whose tree-planting mission in Vankleek Hill began in the spring of 2021. “We were really grateful that so many people came out.”

In 2021, Charlie and his tree project won first place in The Review’s Earth Day Contest for kids. Then, Charlie and his mission were featured by Tree Canada as part of a national fundraising campaign late last year.

The parade launched young Charlie’s tree plantings for 2022, with trees put in the ground after the 2 p.m. parade at the Heritage Lodge retirement home and at the Mill Street Park beside the Vankleek Hill Community Centre.

Giant puppets, costumes and colorful signage highlighted the march down sidewalks from the Vankleek Hill Creating Centre east along Main Street, south onto Union Street, and then onto Wall Street to visit Heritage Lodge.

A giant papier mache puppet, made by Fairbrother, took three people to animate as it made its way along the parade route. The artist also made several other smaller, but still large, puppets for the parade.

“It really happened very organically – everything came out of the garbage bin, or recycling,” Fairbrother said. 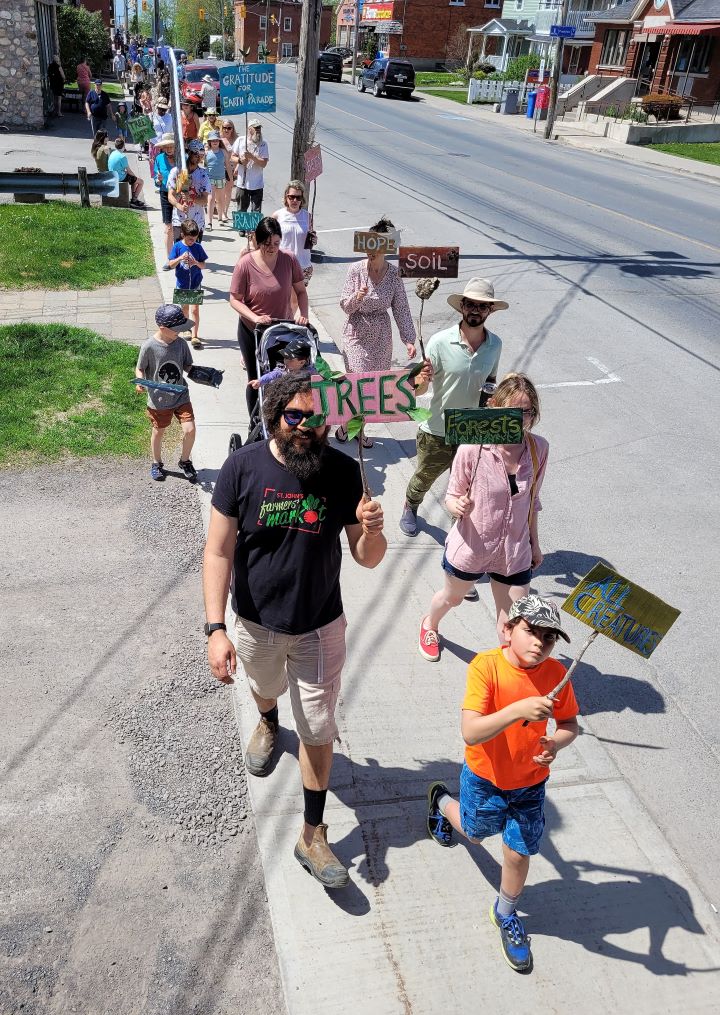 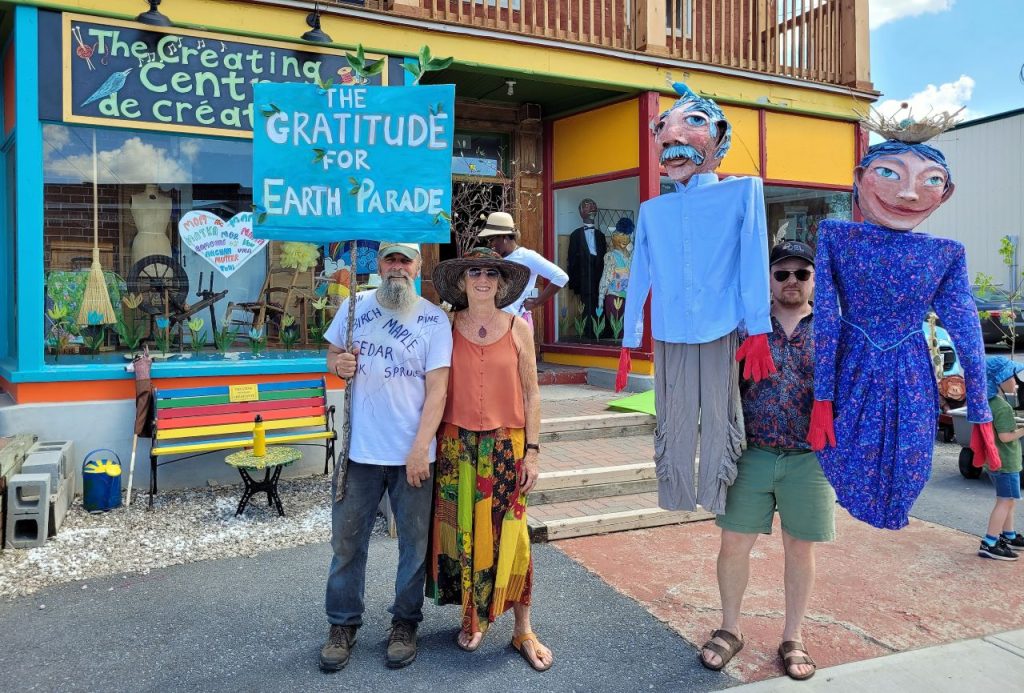 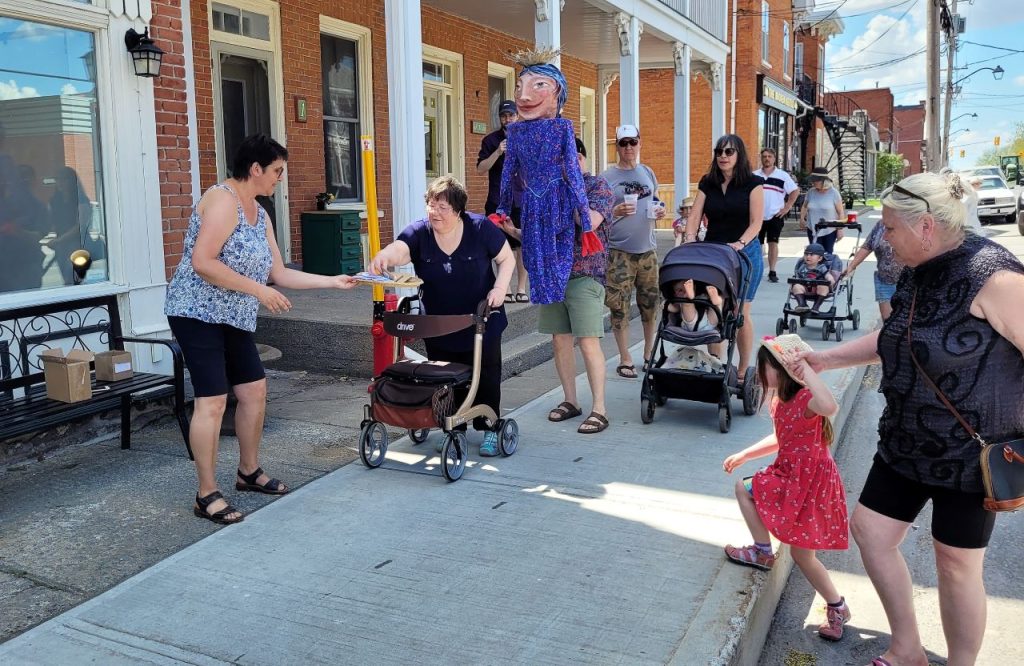 As parade participants passed by The Review offices at 76 Main Street East, they could pick up a free packet of sunflower seeds, provided courtesy of Good Food Garden. Photo: Reid Masson 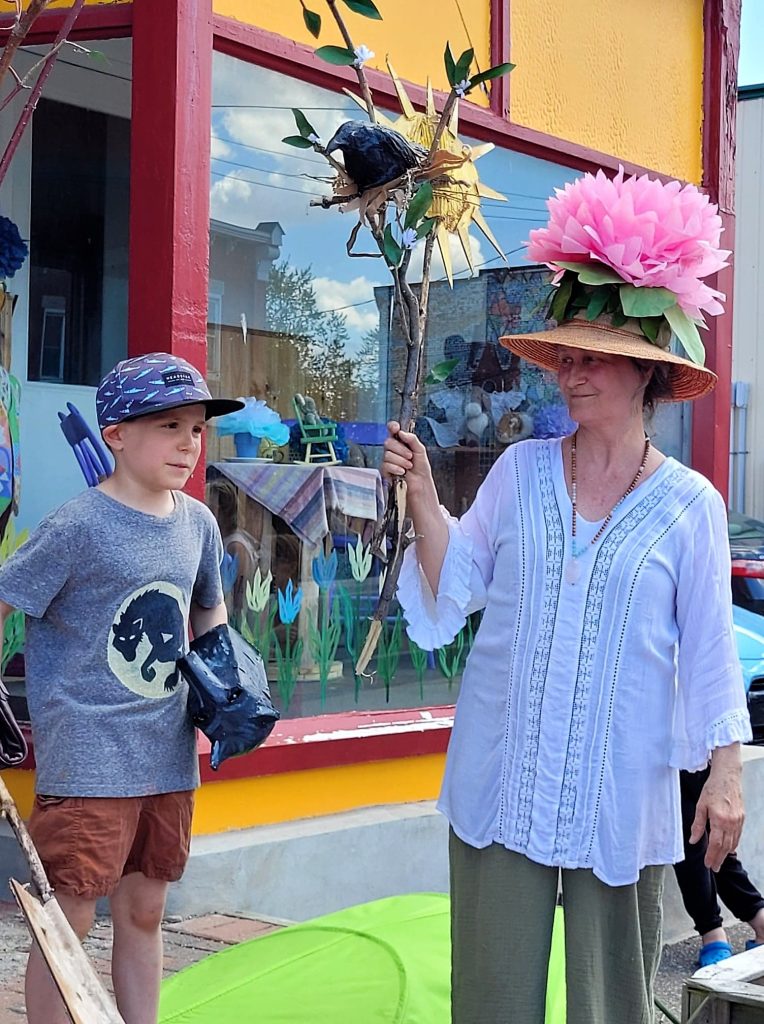 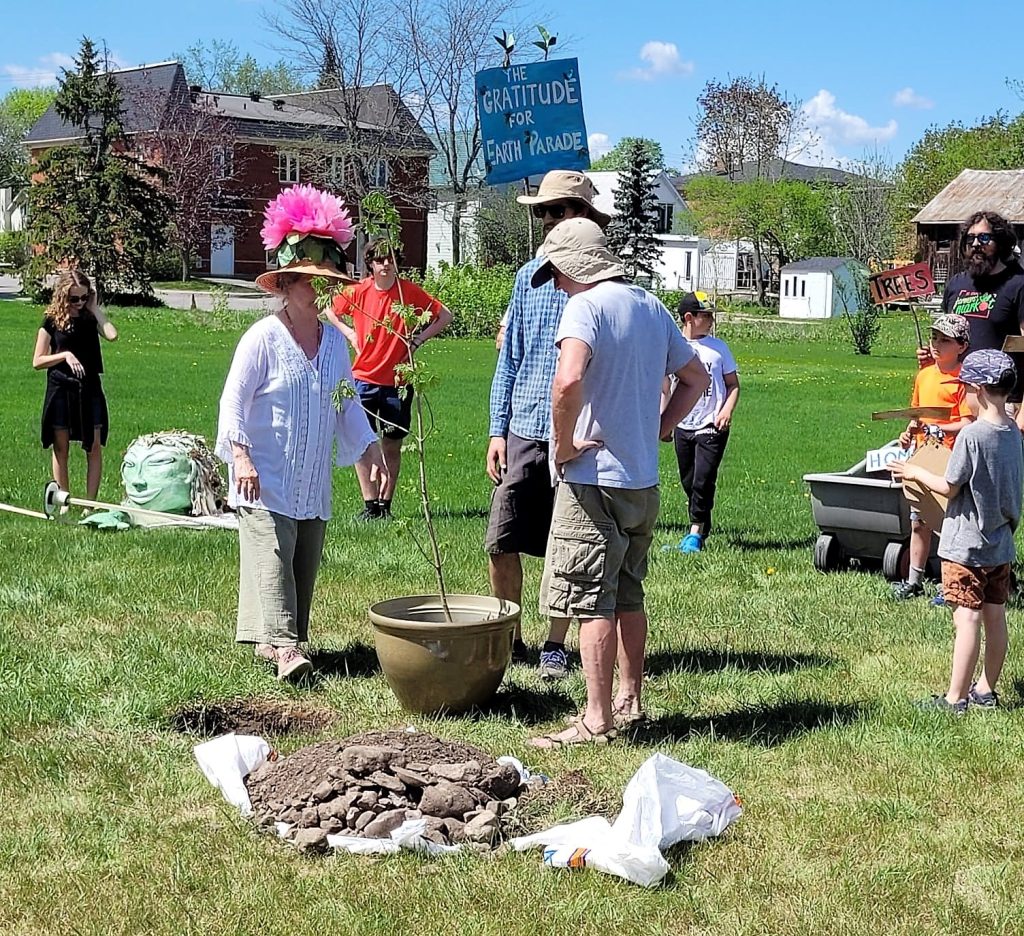 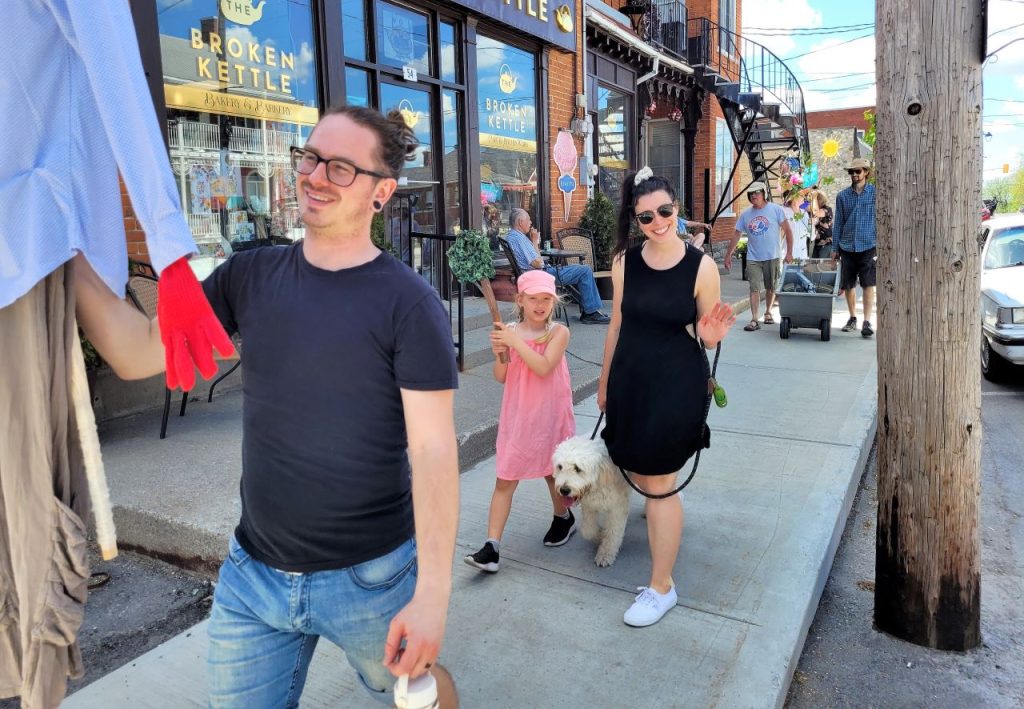 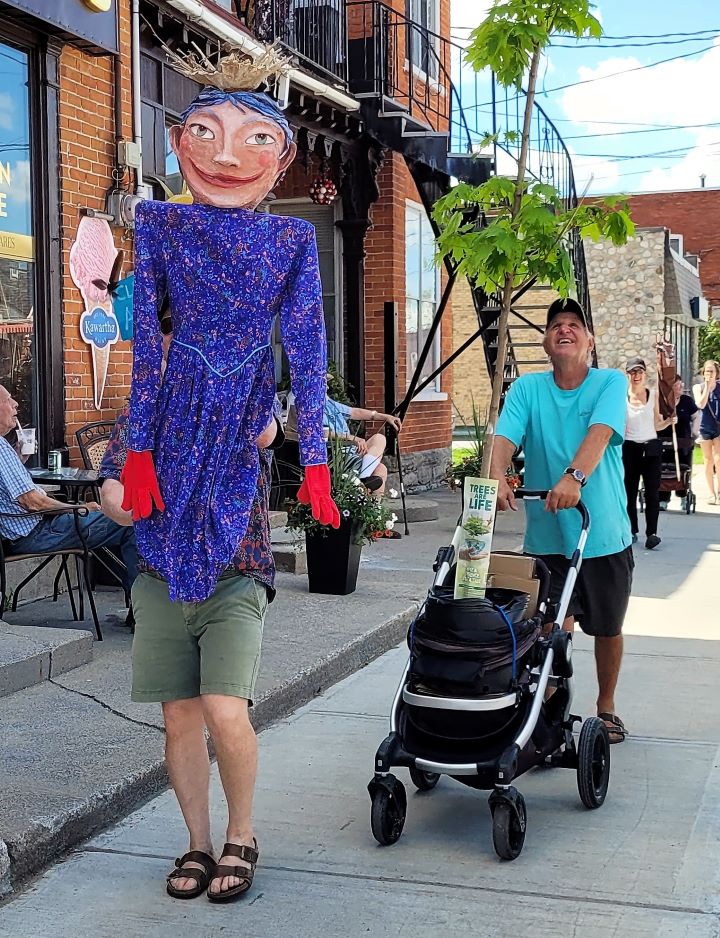