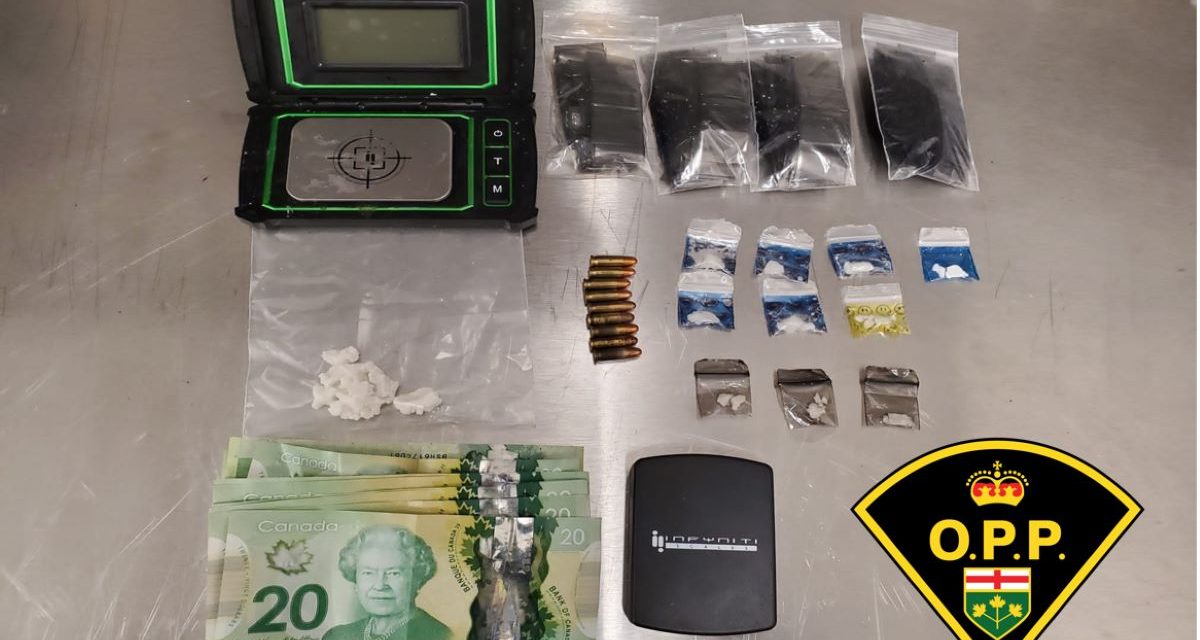 Items seized after a warrant was executed on Hamilton Street in Hawkesbury. Photo: OPP

On May 4, at 6 a.m., members of the Hawkesbury Detachment of the Ontario Provincial Police (OPP), the Community Street Crime Unit (CSCU) with the assistance of the Tactics and Rescue Unit (TRU) executed a warrant at a residence on Hamilton Street in the Town of Hawkesbury.

Officers seized a quantity of suspected cocaine, drug trafficking paraphernalia, ammunition and cash. As a result of the warrant execution and investigation, police arrested one person.

A 60-year-old male from Hawkesbury has been charged contrary to the Criminal Code (CC), Controlled Drugs and Substance Act (CDSA) with the following:

The accused will be held in custody and is scheduled to appear at the Ontario Court of Justice in L’Orignal on May 12.