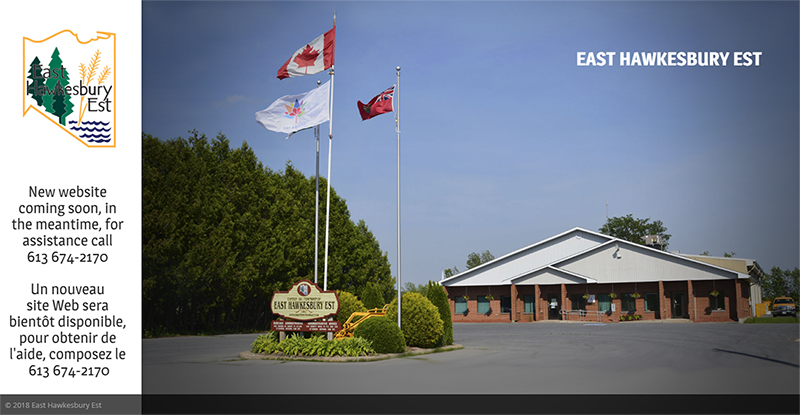 Screenshot of the existing, under construction, website for East Hawkesbury.

Mayor Robert Kirby received a base remuneration of $19,190.54 and $1,200 as a mileage allowance, which resulted in a total remuneration for the mayor of $20,390.54. Kirby also represents East Hawkesbury on United Counties of Prescott and Russell (UCPR) Council and received $36,390 in 2021 from the regional government for that role. When the UCPR amounts and East Hawkesbury amount are combined, Kirby’s total remuneration from municipal government in 2021 was $56,780.54.

Councillors Richard Sauvé, Karina Sauvé, and Stéphanie Sabourin were all paid a base amount of $13,684.16 in 2021. Each also received a mileage allowance of $600. When base remuneration and mileage allowances are combined, each of the three East Hawkesbury councillors was paid $14,284.16 by the township in 2021.