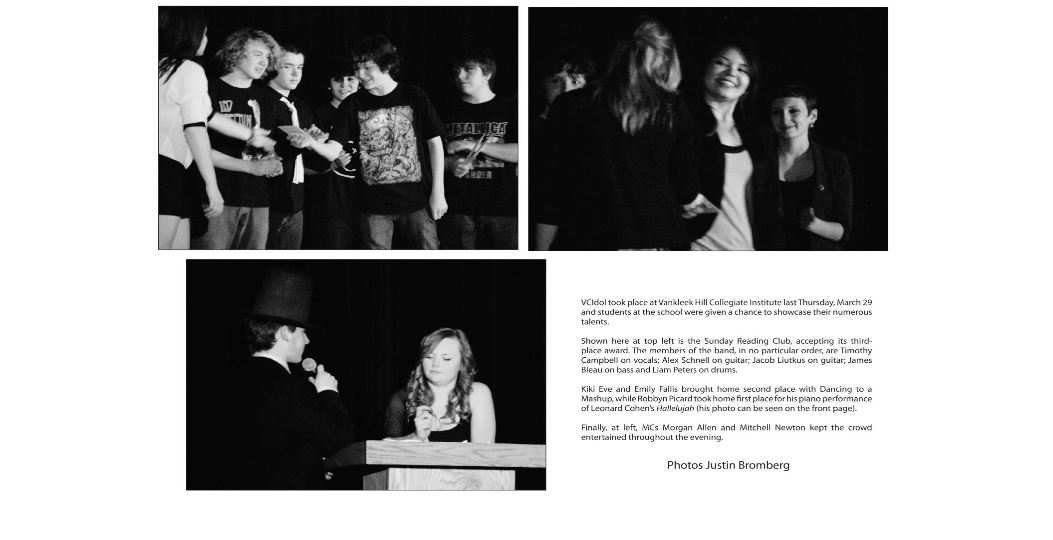 Original photo and caption as it appeared in the Wednesday, April 4, 2012 edition of The Review. Photo: Review Archives

10 Years ago
Neighbour helps catch robbers
The Review, April 4, 2012 – HAWKESBURY – Ontario Provincial Police were dispatched to a Cameron Street residence in response to a break and enter in progress at 10:45 p.m. last Sunday. A neighbour contacted police after noticing four people breaking into a residence. Police were quickly on the scene where they arrested two males and two females from Québec. All items taken from the residence were recovered by police.

25 Years Ago
Miracle to be alive
The Review, April 9, 1997 – HAWKESBURY – “It’s a miracle I’m here,” says Jacques Tranchemontagne, who was injured in a hit-and-run accident last Saturday south of Hawksbury. The owner of Le Stop Restaurant was driving a truck westbound on Highway 17 when it was struck by an oncoming vehicle, whose driver fled the scene of the accident. Tranchemontagne, who is an East Hawkesbury councillor and the president of the Central Junior A Hockey League, suffered broken ribs and numerous facial lacerations, after being ejected through the back window of the small truck.

50 Years Ago
Packed Levac Furniture warehouse hit by fire
The Review, April 5, 1972 – VANKLEEK HILL – Early Saturday afternoon Rock Levac, owner of Levac’s Furniture Store and employee Gilles Cadieux drove to the store’s High Street warehouse to remove an order for delivery. Upon unlocking the entrance they found a fast-spreading fire at the centre rear of the ground floor and choking smoke. Quick response to Gilles’ cries for help brought nearby neighbour on the run to form a bucket brigade, using pails and ware from a snow water puddle to successfully dampen the fire until the volunteer fire department arrived. The exact total dollar loss is as yet unknown until the damage of burned items and their condition is completed.

75 Years Ago
Poor weather hurts maple syrup yield
The Review, April 3, 1947 – CASSBURN – The prospects of a good yield of maple syrup are very poor at the present. The weather has been much too cold this past week. Several of the farmers had the misfortune of having their buckets burst when it turned so cold after last Monday’s rain. One party lost more than 500.

100 Years Ago
Fighting banned on L’Orignal streets
The Review, April 7, 1922 – L’ORIGNAL – Fighting and blaspheming on the streets in L’Orignal will not be tolerated any longer and those persons in the habit were notified by the Magistrate last week than no money would settle for an accusation of blasphemous or obscene language on the streets. A jail sentence will be the only settlement for such charges.

125 Years Ago
Cure for baldness found?
The Review, April 9, 1897 – PARIS – A Paris doctor has discovered the microbe of baldness and has exhibited it at a St. Louis hospital, together with a sheep inoculated with it, which had lost its wool. He is now hunting for the means of destoying the microbe, or rendering it innocuous.