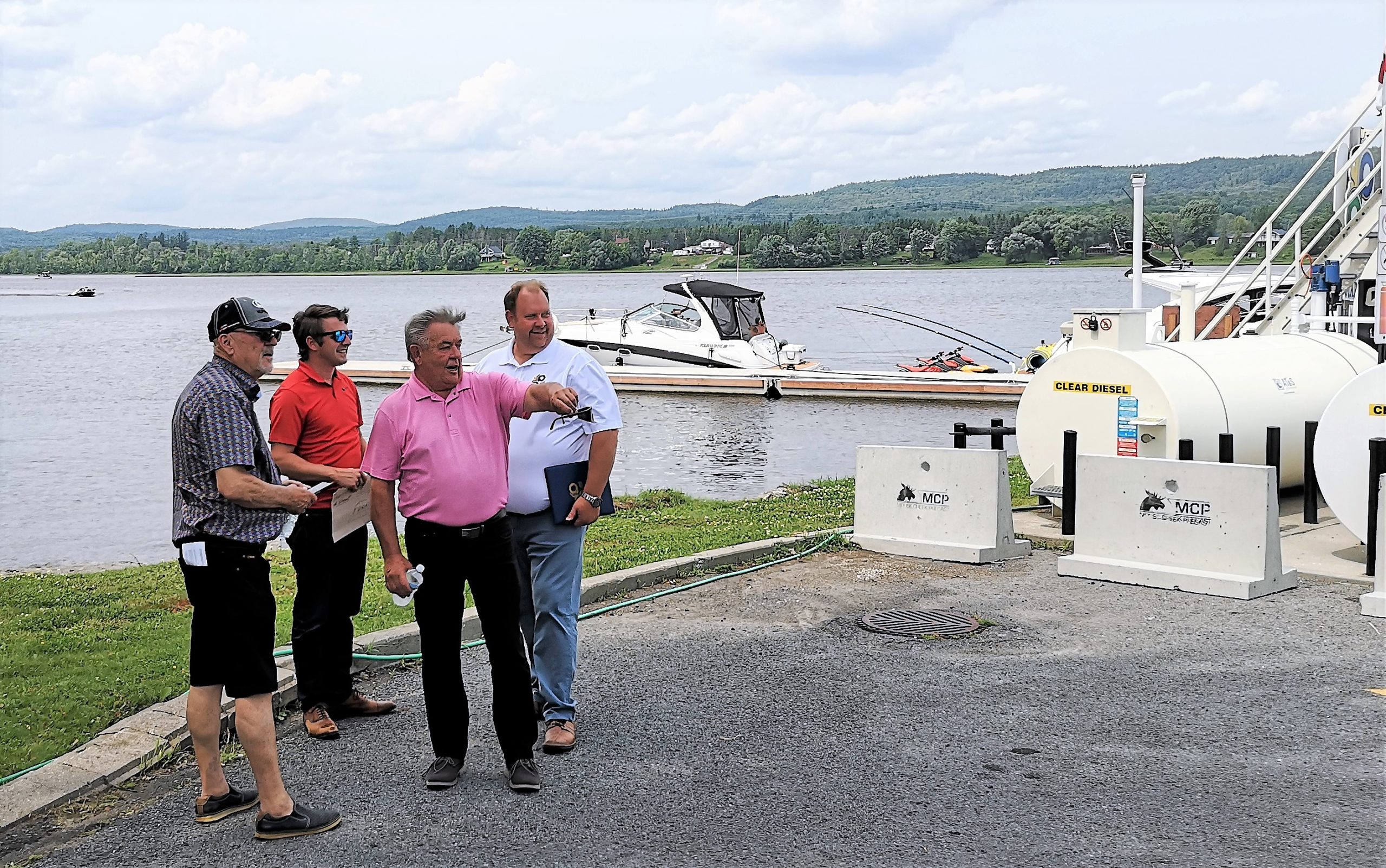 The future of the municipally owned and operated Lefaivre Marina was up for discussion when Alfred and Plantagenet Township Council met on March 8.

On July 15, 2021, the township received $80,000 in federal funding toward the construction of a new stone wall at the Lefaivre Marina. The remainder of the estimated $100,000 cost of the project is being funded by the Ontario government. The project is part of a series of upgrades the township is planning for the marina.

At the March 8 meeting, Councillor Chantal Galipeau asked if costs had been recovered for the marina, from the demolition of the former school building nearby. The township is planning to develop a new waterfront park at that site.

However, St-Denis said the two sites will influence each other in the future because of their related recreational purposes.

Councillor Ian Walker said the report is missing statistics on the number of hours municipal administration is devoting to marina oversight and the profit is not great considering the amount of money being spent on operations – which totaled $375,793.07 in 2021.

“I think it would be more fair if the administration would put its costs in there as well, then we would see the real thing that’s going on,” Walker said.

He then raised the idea of seeking a public-private partnership to operate the Lefaivre Marina.

“Are we looking at the possibility of giving this to somebody and making a partnership with somebody?” Walker asked.

“There’s just not enough money being made there to look at a cost recovery,” he added.

Mayor Stéphane Sarrazin said the Director of Parks and Recreation director does not usually apply time to every specific function of the department when reporting on the cost of facility operations.

“He’s managing everything that pretty much has to do with the recreation department,” Sarrazin said.

St-Denis explained the increased cost in 2021 was due to additional pump maintenance and having to rent equipment for the installation of docks. He said the equipment providers are from Ottawa and must travel to Lefaivre.

As for the possibility of a public-private partnership to operate the Lefaivre Marina, St-Denis said that is up for council to decide. He said a study to examine that possibility had been considered in 2021 but a decision was instead made to maintain the status quo.

“There’s plenty of ways we can work around the marina, and we can learn from Champlain as well,” St-Denis said.