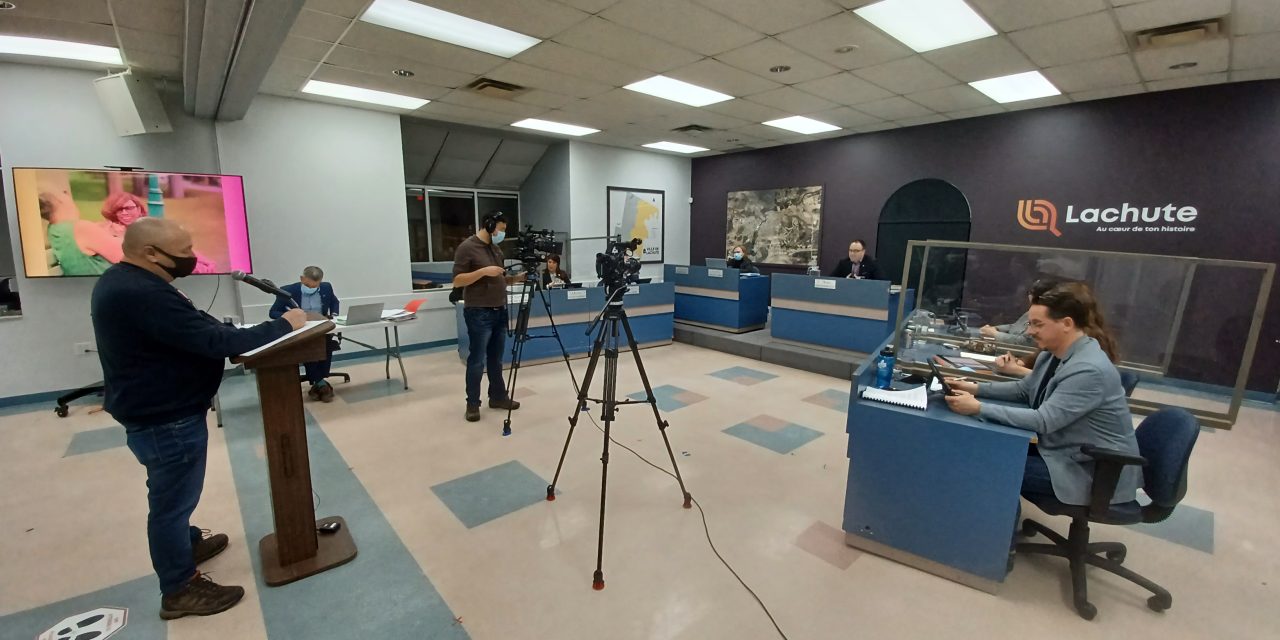 Approximately 40 residential and commercial property owners in Lachute took their complaints against a property tax increase to city hall on the evening of Monday, March 7.

“It’s not funny,” said Claude Audette, who has owned Bar du Pont on avenue d’Argenteuil for 24 years. The property tax bill for his establishment has increased by approximately $1,000 this year, following two years of extended bar closures due to COVID-19.

Former Councillor Alain Lanoue said the taxes for Hôtel Laurentien, downtown on rue Principale, have increased by approximately $3,000. Lanoue previously sought re-election in the November 2021 municipal election but lost his seat when the Vision Lachute party, led by Mayor Bernard Bigras-Denis, swept every seat on council.

Lanoue said an elderly woman living in the Ayersville sector called him in tears about the $290 increase to her property taxes.

“The 7.9 per cent is the biggest raise (in taxes) in Quebec,” Lanoue remarked.

He is critical of the 2022 budget, which contains $3.5 million or 14.13 per cent more in spending than in 2021. Lanoue is also critical of two councillors who supported the budget. Guylaine Cyr-Desforges and Hugo Lajoie were members of the previous council and were re-elected in 2021 as Vision Lachute candidates.

Bigras-Denis, both in recent days and at the March 7 council meeting, defended the tax increase and explained it was largely due to unavoidable increases in fixed costs and the new property valuation which took place in 2021.

Lanoue is unconvinced that fixed costs and higher property values are the main reason for the tax increase.

Bigras-Denis said the tax increase resulting from the new valuation was unavoidable.

“We do not have control over the rolls,” he said.

The mayor added that residents do have the ability to contest their property valuation with the MRC d’Argenteuil.

Bigras-Denis also argued that Lachute’s 2022 tax increase is not the highest in Québec and there are other municipalities with greater increases. He also explained to the 30 citizens assembled in the council chambers the services the MRC d’Argenteuil provides to Lachute in return for its yearly contribution to the regional government, and the challenges associated with the municipal budget process.