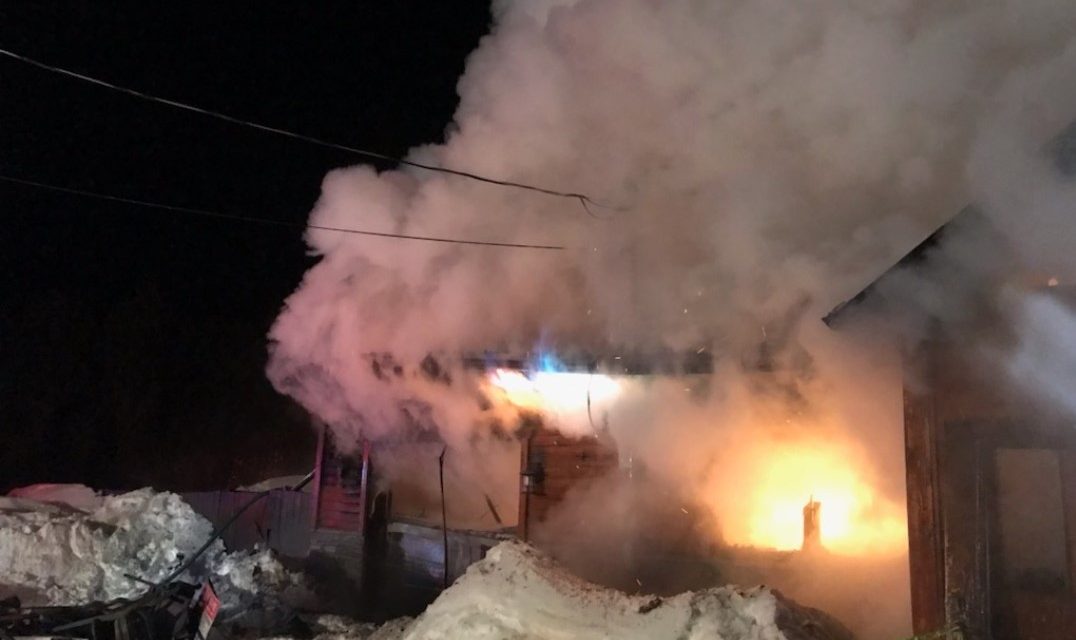 Early in the morning on March 1, this building in Pine Hill was destroyed by fire. The cause is under police investigation. Submitted photo

A commercial building in Pine Hill was completely lost to fire early on March 1.

According to Brownsburg-Chatham Fire Chief Michel Robert, the call came at 3:30 a.m. about a fire at a one-storey wooden commercial building located at 1818 route du Nord (Route 327). When firefighters arrived, the fire had already advanced significantly through the building.

There were no injuries or need to evacuate the building.

Robert said elements of the fire were suspicious, so the Sûreté du Québec is investigating the cause.

Fire departments from Lachute, Grenville-sur-la-Rouge, and Wentworth-Nord also assisted at the scene. The fire was completely out by 9:10 a.m. on Tuesday. 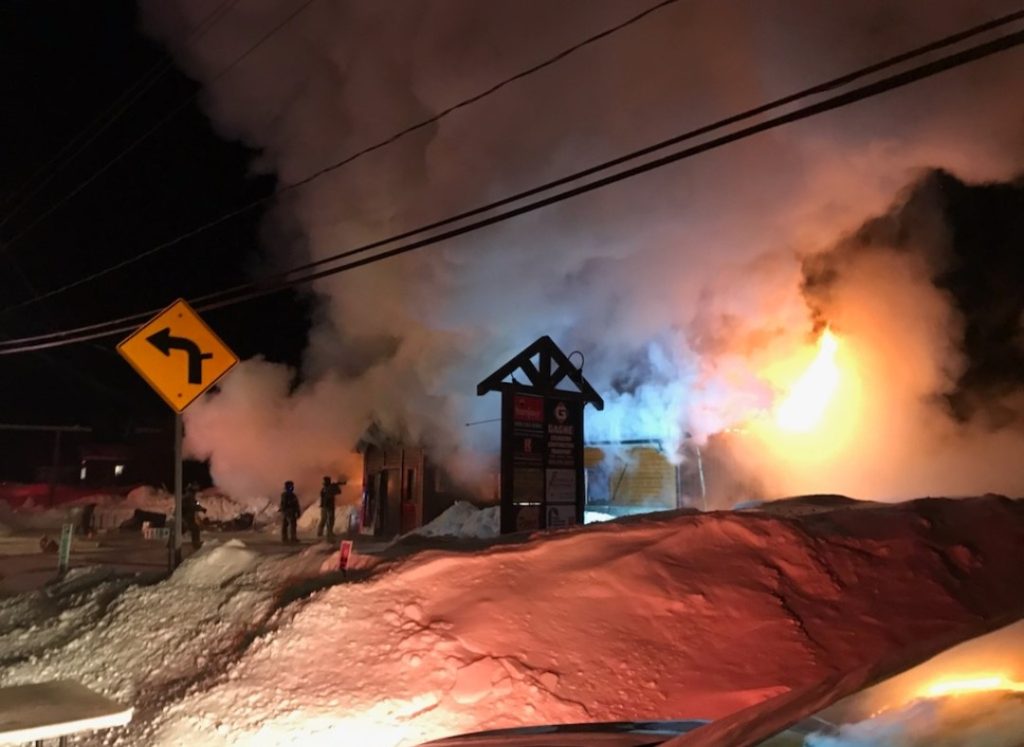 Early in the morning on March 1, this building in Pine Hill was destroyed by fire. The cause is under police investigation. Submitted photo