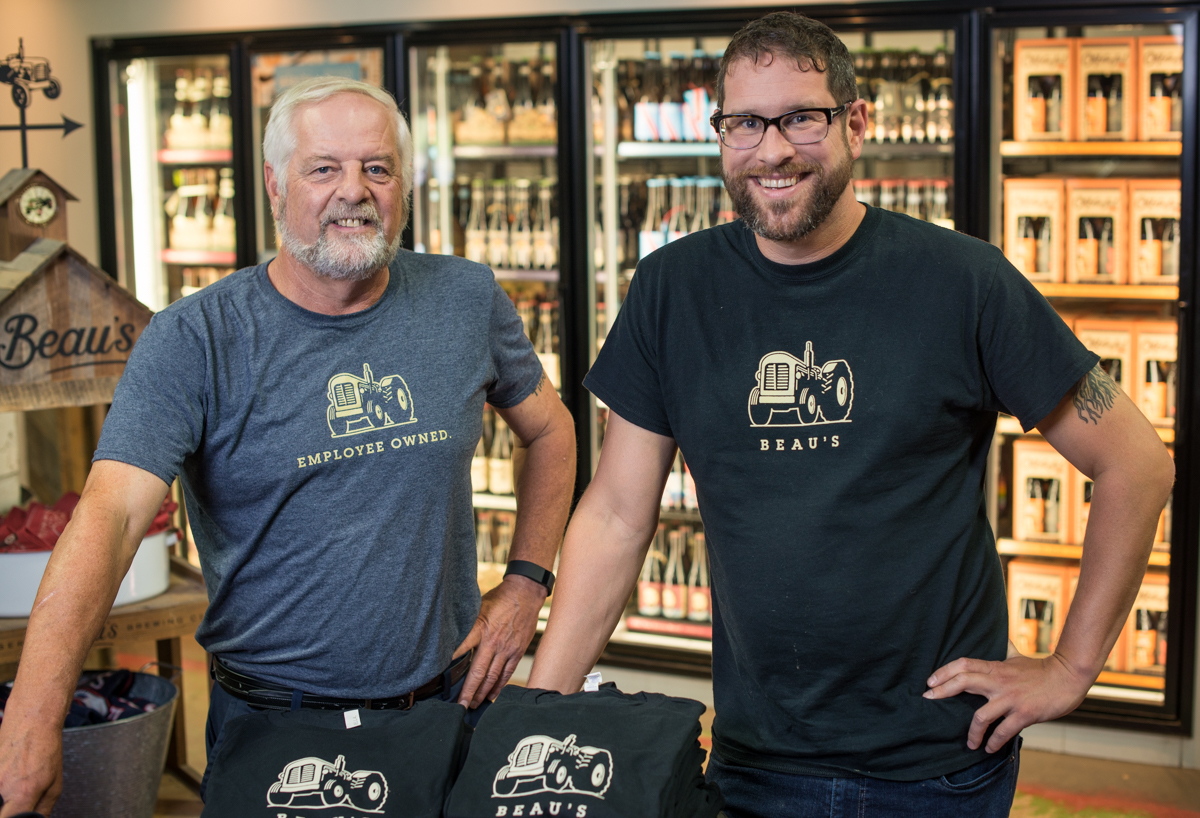 Steve Beauchesne, who along with his father Tim co-founded Beau’s in 2006, said he is “cautiously optimistic” the deal will help preserve the company’s brewing operations in Vankleek Hill.

“I think it breathes a lot of new life into Beau’s and it protects our legacy and everything we’ve been working for in the past 15 years, which is really important to me,” Beauchesne told The Review, shortly after the company issued a press release announcing that shareholders had voted to accept an offer from Steam Whistle. “The last couple of years through the pandemic have been incredibly challenging and I’m hopeful that this puts us on a path to a better future for Beau’s.”

The release on Monday noted that shareholders of Beau’s overwhelmingly voted yes to accept an offer for share purchase from Steam Whistle. The 129 shareholders are a mixture of original investors from Beau’s beginnings in 2006, and employees who purchased ownership in the company through an Employee Share Ownership Plan (ESOP) over the past five years. The deal is expected to be finalized over the next few months.

Steve Beauchesne will continue to play an active role with Beau’s operations going forward, while his father Tim will retire. Steve and his sister Jennifer Beauchesne have been appointed to the new subsidiary’s Board of Directors, along with three directors named by Steam Whistle.

“Merging with Steam Whistle means that Beau’s continues to operate as an independent, Canadian craft brewery, which values quality, community and sustainability,” said Steve Beauchesne in the press release.

In speaking with The Review, Beau’s CEO said that while the same challenges remain that the company has faced during the COVID-19 pandemic, he is optimistic the brewery’s future operations in Vankleek Hill will continue for the long term.

“We’re all working towards a solution that keeps our footprint in Vankleek Hill,” said Beauchesne, adding the Vankleek Hill operation may focus more on specialty beers. “The goal at this point is to maintain brewing and keep the tap room open.”

Beauchesne said Beau’s is also looking at the possibility of opening a second facility in the Ottawa region.

“If everything works out the way that we hope and expect that it will, we’ll end up with two Beau’s locations instead of just the one.”

There have already been a number of benefits realized since the two companies combined sales and marketing forces three months ago, Beauchesne said. He noted that Beau’s Lug Tread is now the top selling craft beer at the LCBO and the company has greatly increased the number of locations which carry its products.

“The crazy part of that is we’ve known we should have been number one this whole time, but we just didn’t have enough boots on the ground to make sure that all of the stores had proper inventory,” Beauchesne commented.

While he will maintain an active role as a day-to-day employee of the company in addition to his role on the Board of Directors, Steve Beauchesne said he is looking forward to the future and getting back to the basics of brewing great beer.

“It’s an opportunity to focus more on the parts of the business that I really love and  hopefully, less of my day talking to banks,” Beauchesne said. “For me, it’s all about creating something truly unique and special – that’s where I’m happiest.”