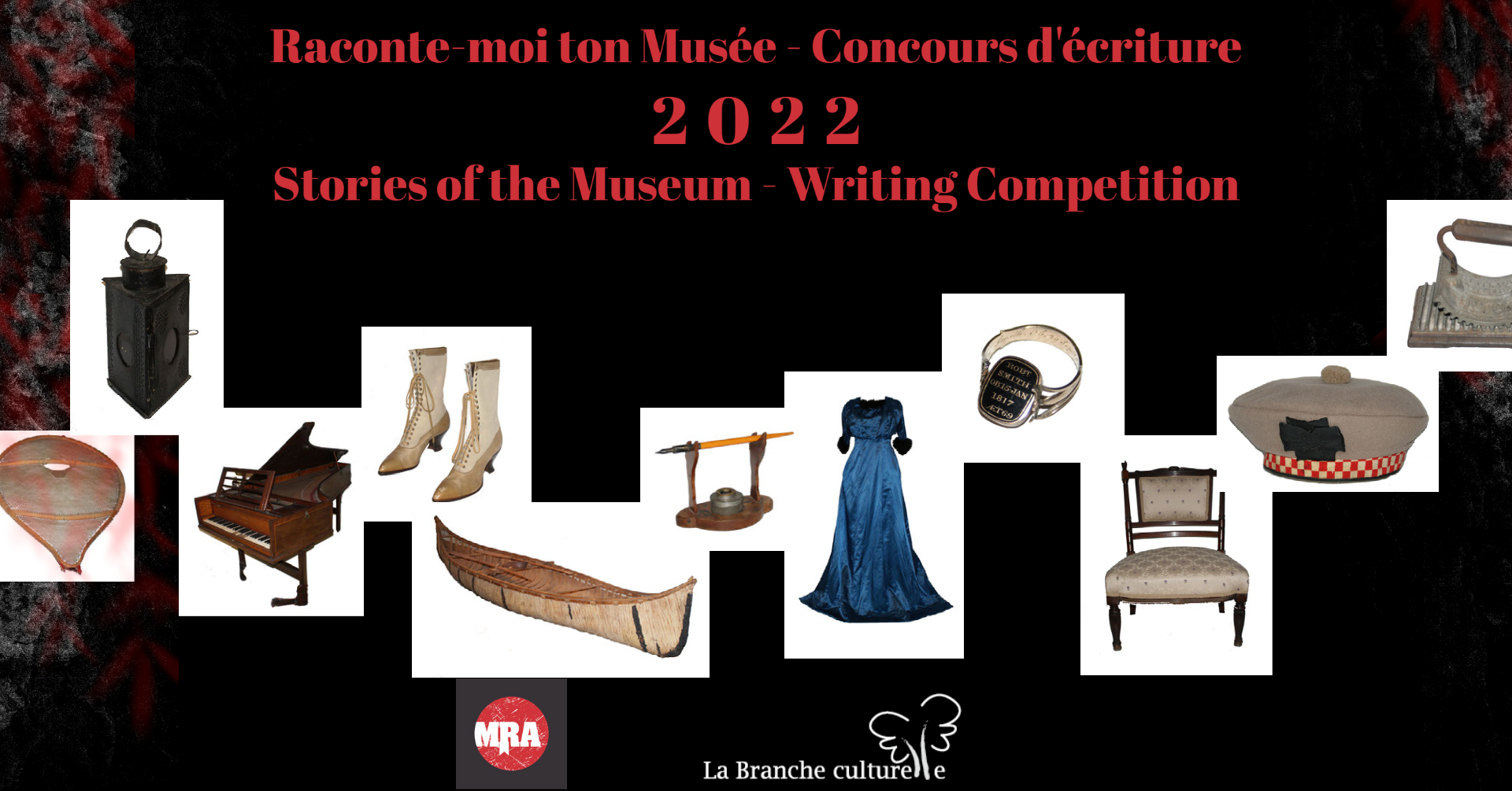 Musée régional d’Argenteuil and the Branche culturelle have announced the finalists for the 2022 writing competition ‘Raconte-moi ton Musée – Stories of the Museum’.

In alphabetical order, the finalists are:

The finalists and the public are invited to the Café Canopée on March 6, during which texts will be read and six prizes will be remitted, plus one honourable mention. A publication will be given to each finalist and will be available for purchase. Please note there will be a screening of the Be Natural movie at 2:15 p.m. The finals will be held at the Espace culturel Saint-Gilles, 562 route des Outaouais, Brownsburg-Chatham (secteur Cushing), beginning at 1 p.m. on March 6.

In order to enter the writing contest, members of the public were invited to participate in the 2022 edition of the contest by choosing an artifact from the rich collection of the Musée Régional d’Argenteuil. Authors were asked to submit a text that would bring to life the artifacts and help promote the treasures of the Argenteuil region. The artifact list is available on the La Branche culturelle website.

The genre and style were up to the authors’ preference, be it historical, science fiction, mystery or any other, as long was it is fictional and the artifact plays a major role. The contest was open to writers of all ages, from anywhere and stories could be submitted in English or French.

A printed edition, including the stories of the three finalists in each language, will be published and sold, with profits shared by the Argenteuil Regional Museum and La Branche culturelle.