Hawks win eighth in a row, move to within five point of first place Ottawa 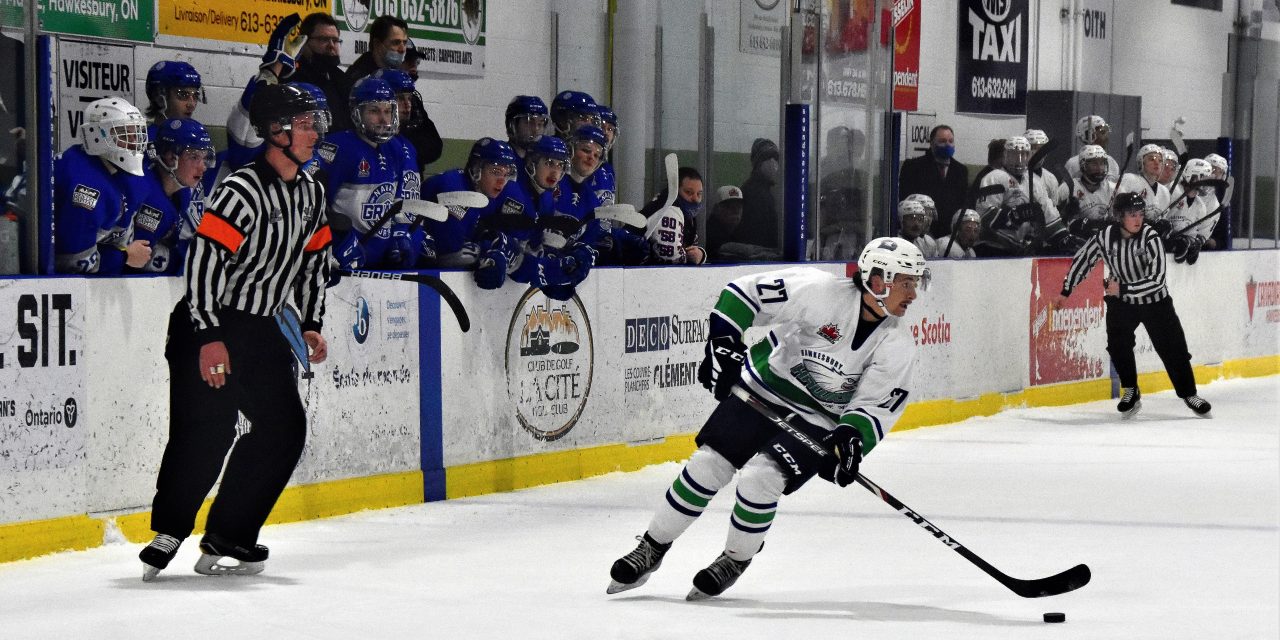 Hawks forward Thomas Cusson (27) carries the puck into the Navan zone during Friday’s (February 18) game in Hawkesbury. Cusson had a goal and two assists in the contest. Photo: Sylvain Lauwers

The Hawkesbury Hawks remain on fire since the Central Canada Hockey League’s return to play, picking up the team’s eighth win in a row with a 7-3 road victory over Kemptville 73s on Monday, February 22.

Jeremey Quesnel had a hat trick for the Hawks, while Mark Cooper, Rylee Hlusiak, Jakson Kirk and Josh Spratt scored single markers. Dimitri Pelekos stopped 20 of 23 shots to earn the win, while the Hawks fired 35 shots at the Kemptville goal.

The win backed up the Hawks big win on the weekend, as they scored four times in the second period to top the Ottawa Junior Senators 4-3 for a much-needed road win over the league’s top team on Saturday, February 19.

Bradley Horner, Thomas Cusson, Jakson Kirk and Rylee Hlusiak each scored, as the Hawks fired home four unanswered goals in the second period to seal the win. Ottawa scored twice early in the third period, but was unable to complete the comeback. With the victory, the Hawks snapped Ottawa’s own 10-game winning streak. The Saturday win, followed by Monday’s victory over Kemptville moved Hawkesbury to within five points of the Junior Senators for first place in the Central Canada Hockey League (CCHL) Yzerman Division.

The win over Ottawa followed a 5-1 home victory for Hawkesbury over the Navan Grads on Friday, February 18. Hlusiak had two goals in that contest, while Kirk, Cusson and Josh Spratt added singles. Matthew Tovell earned the wins in the Hawkesbury net for both weekend games.

“When you play good, structured hockey and guys are making plays and you get key saves at the right time, good things happen,” said Hawks Head Coach Rick Dorval, on the reason for the team’s recent success.

The Hawks have struggled on the road this season, but appear to have overcome that issue lately, with the win over the Junior Senators proof of that.

“It was huge for us. We had beaten them at home earlier in the year and we wanted to beat them in their rink,” said Dorval, noting the Junior Senators have been the class of the league during the 2021-2022 CCHL season. “We expect that if we want to win the championship through this year we are going to have to go through Ottawa.”

With the CCHL operating on a compressed schedule for the rest of the season, the local Junior A squad once again has another busy week coming up. On Friday the Hawks travel to Brockville to face the Braves, and on Sunday, February 17, they will be on the road again to play the Kemptville 73s. The Hawks will return home on Tuesday, March 1, for a rematch against Brockville at the Robert Hartley Sports Complex in Hawkesbury. 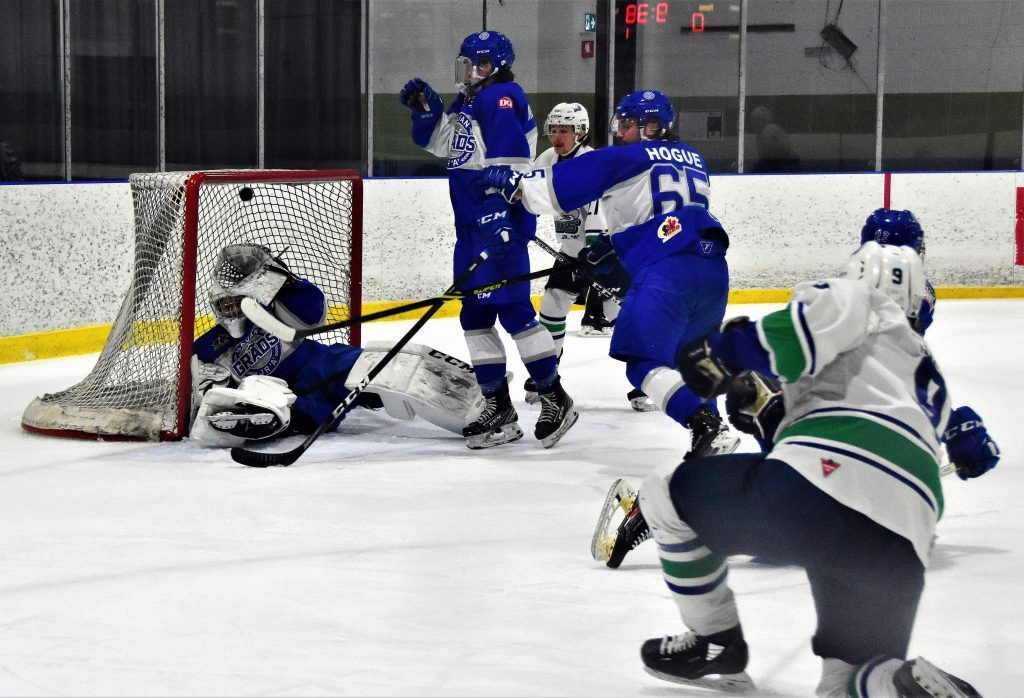 Rylee Hlusiak (9) scored two goals against the Navan Grads on Friday, February 18, including this beauty that he fired from his knees. Hlusiak also had two assists in the contest, as the Hawks downed the Grads 5-1. Photo: Sylvain Lauwers 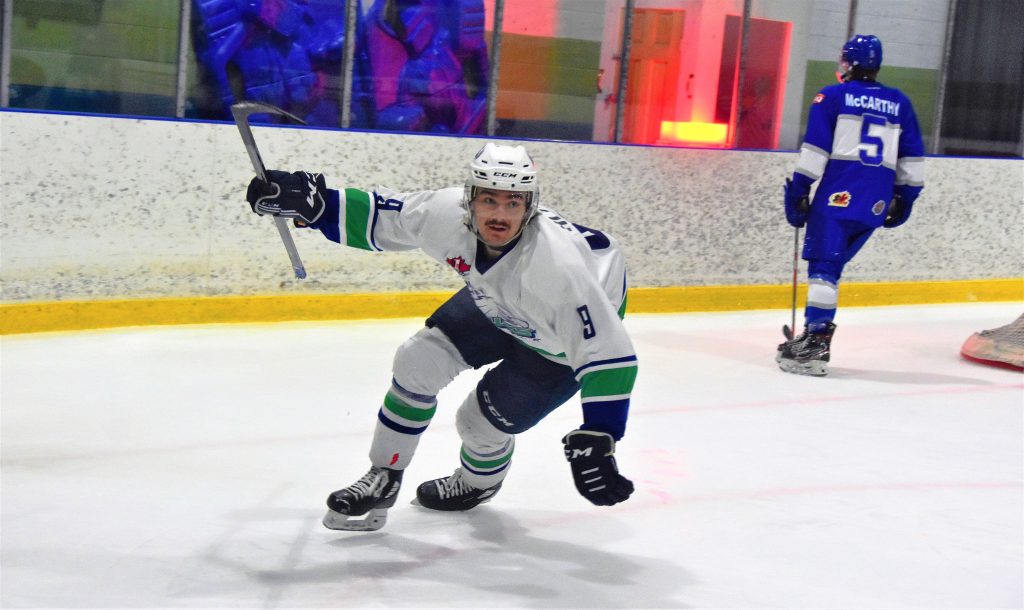