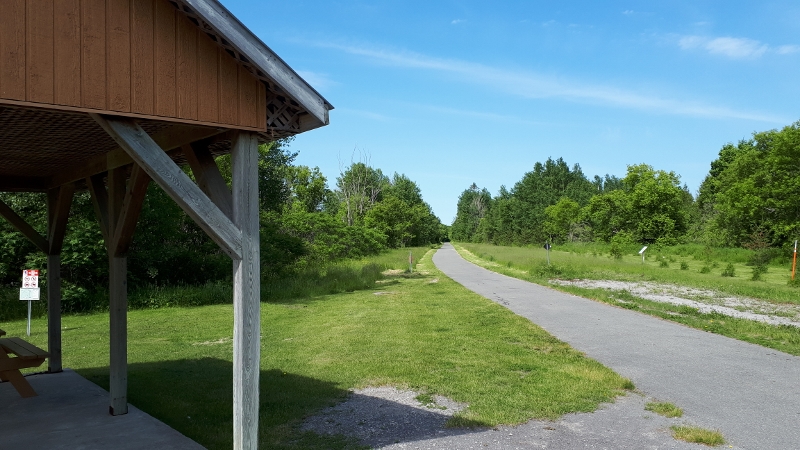 More people than ever are using the Prescott-Russell Recreational Trail (PRRT).

According to counters installed on the trail in Vankleek Hill and Hammond by the Prescott-Russell Trail Corporation, a total of 73,502 people used the 72-kilometre route in 2021. That was a significant increase from the 61,649 people who took to the trail in 2020 – which itself was a record year for the former railway line.

The boost in usage comes at a good time, with an agreement in principal recently reached between VIA Rail Canada and the Prescott-Russell Recreational Trail Corporation (PRRTC), where the corporation will acquire the trail’s existing infrastructure. In combination with funding and support from the United Counties of Prescott and Russell (UCPR), the trail corporation is looking to grow the trail even further.

The PRRTC recently hired local tourism consulting agent Locali.t to manage the trail while it works out plans for 2022. Myriam Beauchamp of Locali.t is serving as the interim Executive Director of the trail corporation until a permanent director is hired, while a bookkeeper has also been hired temporarily.

“From now on the trail will be open all year round,” observed Michel Villeneuve, a director with the PRRTC, noting the increased traffic, new agreement and plan for the trail’s future will require staffing to administer.

Villeneuve said the PRRTC will be making an announcement in conjunction with VIA and the UCPR over the next few months on the next steps for the Prescott-Russell Recreational Trail.

The trail has seen increased usage during the COVID-19 pandemic, which Villeneuve said has helped more people discover the route. The trail sees the most traffic in the Vankleek Hill and Hammond areas.

In November 20, the UFPR confirmed a financial support of $540,000 over a 10-year period to the PRRTC. The funding provided by the UCPR will amount to $70,000 annually for the first two years and $50,000 for each of the following eight years.

The trail corporation is also working with other groups in Prescott-Russell, including the Eastern Ontario Snowmobile Association, which uses portions of the trail in the winter months.

The 72-kilometre trail at St-Eugene crosses the towns and villages of East Hawkesbury, Champlain, The Nation, Alfred and Plantagenet, and Clarence-Rockland. It also connects with Rigaud, and Ottawa.