82 additional hectares of Alfred Bog will be protected 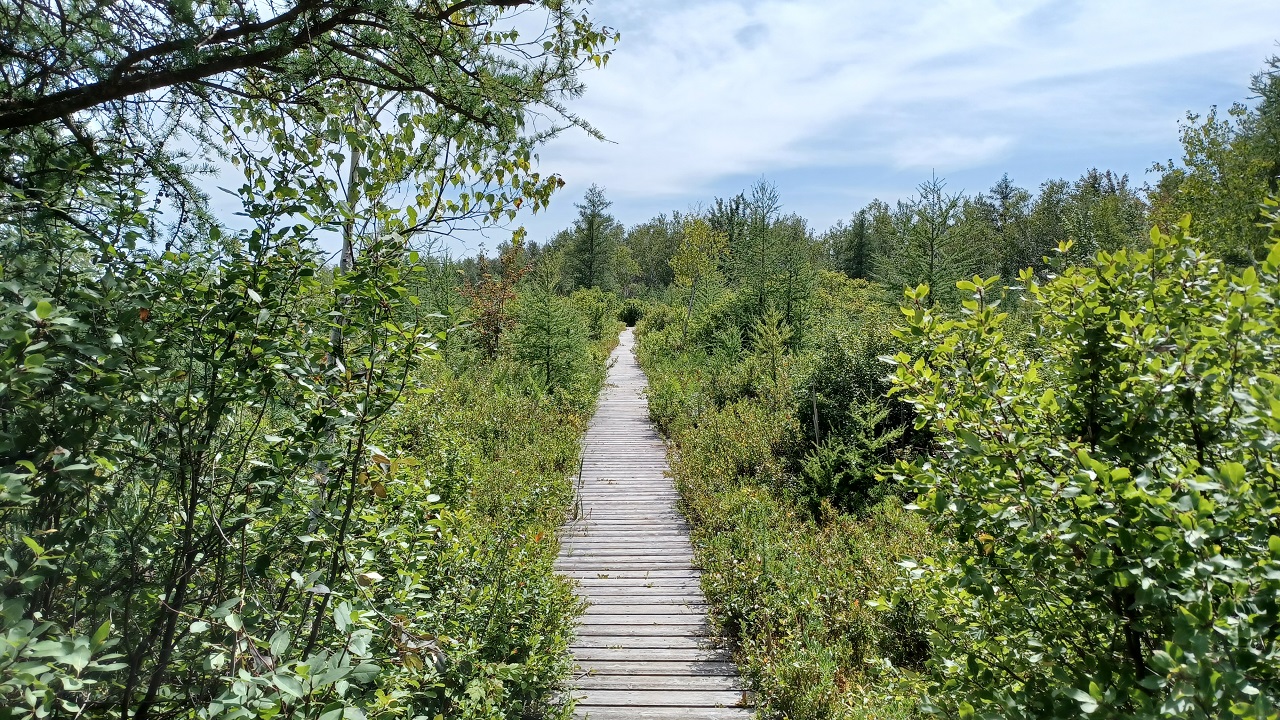 Add 82 more hectares of protected land to the Alfred Bog.

The Nature Conservancy of Canada (NCC) has acquired the largest piece of private land remaining in the bog and builds on nearly 40 years of conservation work by the NCC and partners in the region. The acquisition was made in 2021 but World Wetlands Day on February 2 was chosen to make the official announcement.

At approximately 4,000 hectares, Alfred Bog is the largest high-quality peat bog in southern Ontario, where it has built up over 10,000 years in an old oxbow of the Ottawa River. It stores vast amounts of carbon in its rich sphagnum moss. Over the last 200 years, human development has reduced the bog to approximately one-third its original size, but since the 1980s, the NCC, donors and partners have worked hard to protect and conserve what remains.

The NCC and its partners have protected more than 3,300 hectares (8,150 acres) of the bog over nearly 40 years. A local family previously owned the 82 acres and sold it to the conservancy following a series of discussions, according to Rob McRae, NCC Program Director for Eastern Ontario. The sale price and name of the family is being kept confidential.

McRae said the purchase was funded with grant contributions from the federal and provincial governments, and private donors. Locally, those donors include the Vankleek Hill and District Nature Society and the Ottawa Field Naturalists. Both organizations and their members have taken a keen interest in the flora and fauna of the bog for many years.

A slice of the boreal forest

Alfred Bog is a slice of northern boreal forest in Canada’s south. Its unique wetland features are critical to protect; less than two-fifths of Ontario’s original wetlands remain today. Wetlands are internationally recognized as habitats that support biodiversity and provide key ecosystem services that help slow the effects of climate change. These critical ecosystems store carbon and improve the quality of our waters. They act like giant sponges, slowing drainage from developed areas, reducing floods, filtering out pollutants and trapping sediments.

It takes approximately 90 minutes to reach the property on foot.

Bogs are not only important players in carbon sequestration and water management, but they also offer critical habitat to at-risk species. Whippoorwill, listed as threatened under Canada’s Species at Risk Act, have been seen at Alfred Bog. Moose, various waterfowl and orchids can also be found in this rare wetland. Alfred Bog is classified by the Ontario Ministry of Natural Resources and Forestry as a Provincially Significant Wetland and an Area of Natural and Scientific Interest.

“If you’re a whippoorwill or a moose, that’s just what you need,” said McRae.

The NCC’s newly conserved 82 hectares is surrounded on three sides by the proposed Alfred Bog Provincial Park, where people can see first-hand the species that call this area home. A 273-metre boardwalk in the bog takes visitors out over the mossy dome. Protecting Alfred Bog helps to connect moose habitats that stretch from Mer Bleue Bog in the eastern part of Ottawa and the Larose Forest all the way to the new property, creating a ribbon of green between Ottawa and Vankleek Hill.

The 82 acres added by the NCC will not be part of the new provincial park. McRae said it will be separately monitored by the organization’s two Eastern Ontario biologists. There will be no recreational facilities at the site.

“This will be left in a passive state,” said McRae.

The NCC wants to make sure awareness of the Alfred Bog’s importance as a natural asset is raised in local communities.

Despite its name, most of the Alfred Bog is located in La Nation. Mayor François St-Amour said the continued acquisition of land by the NCC, and the establishment of the provincial park will have no effect on municipal plans because it does not intend to allow open road access to the area. 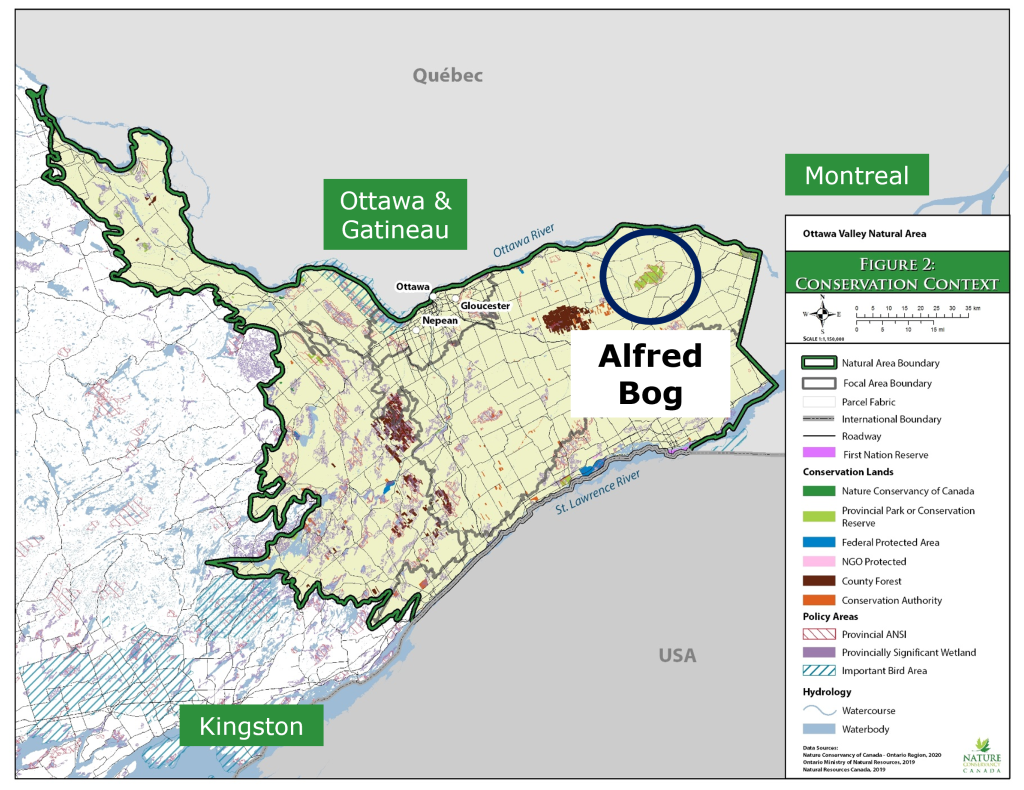