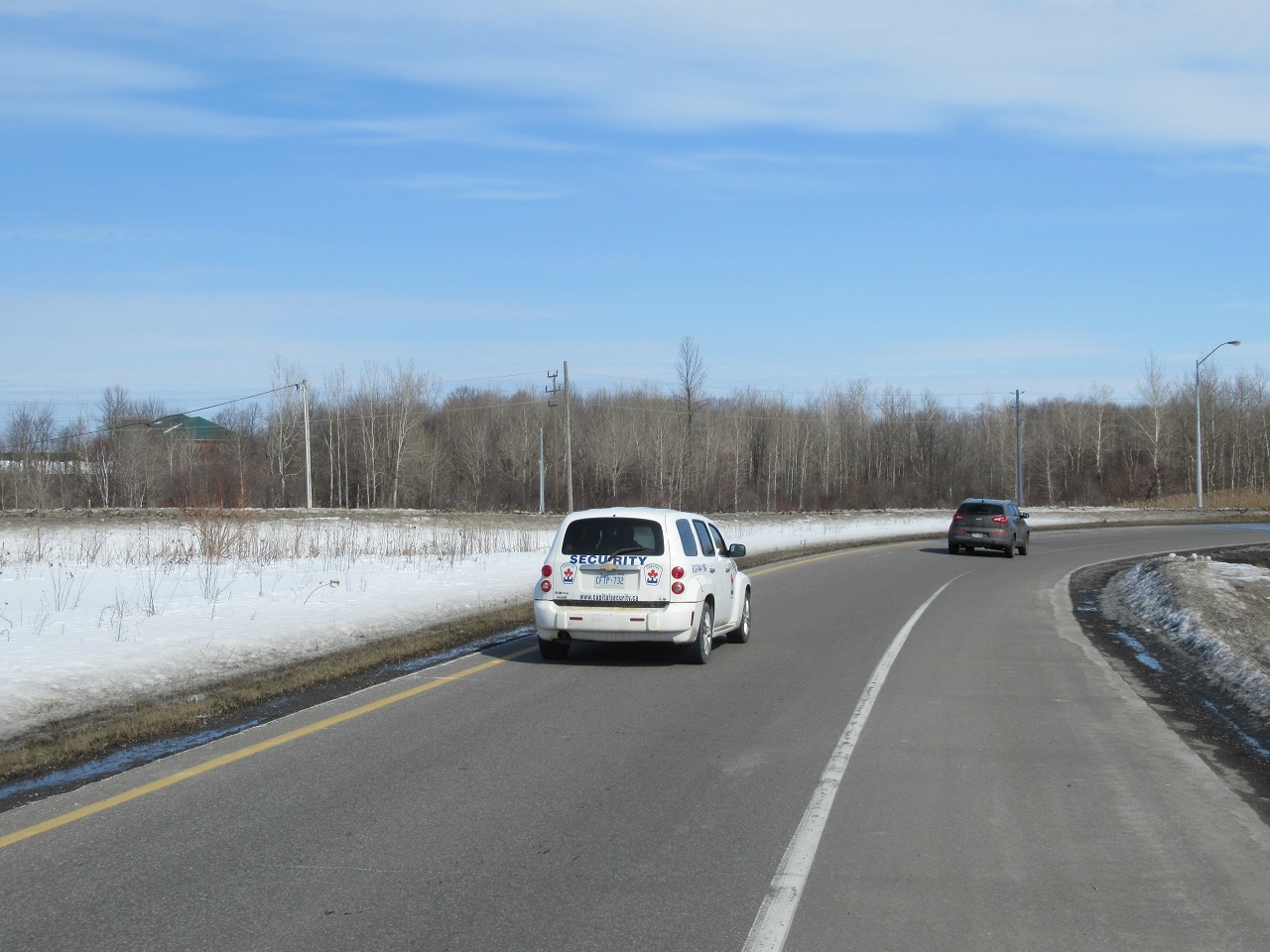 Cars on the on-ramp to eastbound Highway 17 from Highway 34. Photo: James Morgan

It remains unclear if a highway construction project at a major junction near the boundary of the Town of Hawkesbury and Champlain Township will go ahead this year.

In winter 2019, the Ministry of Transportation of Ontario (MTO) announced plans to reconstruct the bridge on County Road 17 where it crosses Hawkesbury Creek, the CN railway tracks, and the adjacent interchange with Highway 34. The MTO retained jurisdiction over the short section of highway after it downloaded the rest of Highway 17 in the United Counties of Prescott and Russell (UCPR) to the UCPR in 1998.

The original redesign of the interchange proposed by the MTO was to have traffic on the ramps from Highway 34 to County Road 17 eastbound and westbound meet 17 at a stop sign, rather than the existing configuration where vehicles can enter the road without stopping. The MTO contended the present ramp configuration is no longer necessary because traffic volumes did not warrant it. The MTO also proposed removing the additional lanes underneath the overpass on Highway 34 which allow vehicles to change lanes and adjust speed based on the route they are following.

Hawkesbury Mayor Paula Assaly and Champlain Township Mayor Normand Riopel both disagreed with the ministry’s arguments and objected to changing the design based on traffic volumes and safety.

Both the interchange overpass and bridge across the creek and railway tracks were built in 1955 and the MTO would like to replace them due to their age.

According to UCPR Interim Director of Public Works Jérémie Bouchard, 2021 UCPR Warden Stéphane Sarrazin and other UCPR mayors met with Minister of Transportation Caroline Mulroney in January 2021 to discuss the plan for the highway, and Sarrazin met with Mulroney again in June 2021.

However, no response has been received from the ministry about when the work will be done and what its design will be.

“At this moment, we haven’t received any communication from the Ministry, therefore we believe that this project was put on hold,” said Bouchard.