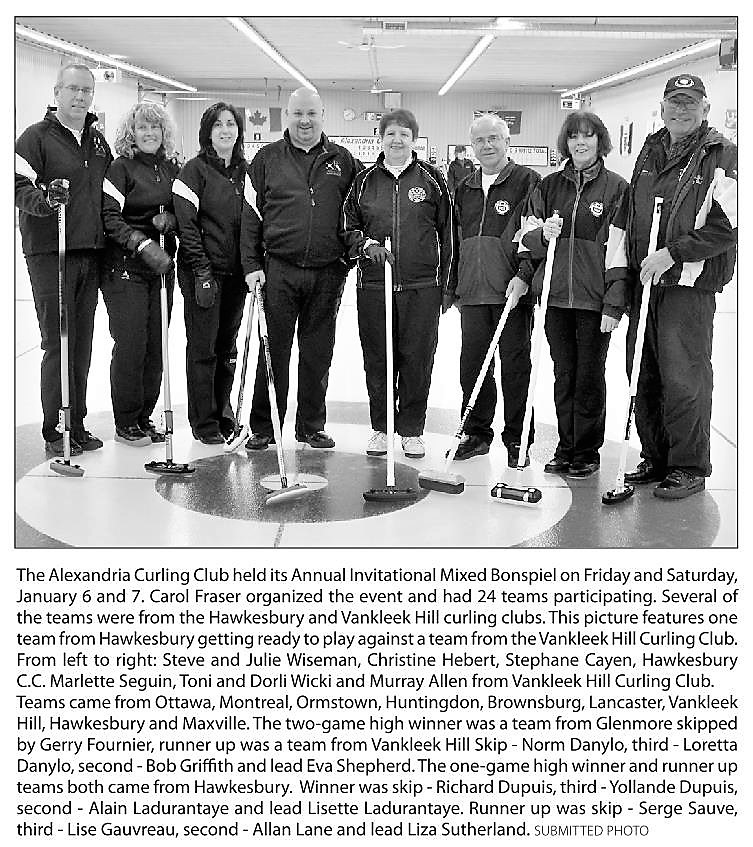 Photo from the January 11, 2012 issue of The Review. Click on the picture to see the full photo and original caption. Review Archive photo

10 Years ago
Regional mayors quash clear-cutting legislation
The Review, January, 2012 – PRESCOTT-RUSSELL – While most municipalities in the United Counties of Prescott-Russell (UCPR) agree that clear-cutting lands should be controlled, regional mayors are not willing to “go to war” with farmers over the controversial practice. UCPR council rejected a resolution put forward by the Township of Alfred-Plantagenet, which asked the counties to consider introducing new policies for the use and management of forest lands.

25 Years Ago
Local house prices rose in 1996
The Review, January, 1997 – VANKLEEK HILL – The local real estate market picked up, as average house prices rose in most areas of Prescott County in 1996. East Hawkesbury had the top average residential sale price last year of $94,528, still a slip from 1995’s high of $97,414. While real estate sales were also up in Glengarry, prices remained low, with the average house price in Alexandria falling to $75,952 in 1996 from $92,214 the previous year.

50 Years Ago
No VKH carnival this year
The Review, January 19, 1972 – VANKLEEK HILL – The Jaycee Carnival Committee, Gilles Cadieux chairman, met this week and decided that with the attendant time shortage there was little chance of organizing the annual event successfully. Insufficient enrollment of Queen contestants was one major factor in the decision and lack of an enclosed ice area was another.

75 Years Ago
Refs stars of game as Bridge Inn defeats L’Orignal 3-2
The Review, January 16, 1947 – HAWKESBURY – At College rink, Hawkesbury, on Sunday, L’Orignal played the Bridge Inn team in a league hockey game, with the Bridge Inn boys winning 3-2. Omer Seguin, referee for L’Orignal, could have made the game more interesting, but no one can blame him, as he is at least three years behind with amateur hockey rules. G. Gagnon, referee for the Bridge Inn, was acting professor for Seguin, as every time something happened, Gagnon had the job to explain the rules to Seguin.

100 Years Ago
Father and son on County Council
The Review, January 13, 1922 – L’ORIGNAL – Father and son will sit at the next County Council, as at the same time that Mr. Elie Bertrand was administering a knockdown en régle to Mr. Proulx in L’Orignal, his father Mr. Louis Bertrand was being elected Reeve of Longueuil, where he secured a majority of 11 votes over Mr. A. Chevrier.

125 Years Ago
Alexandria High School damaged by fire
The Review, January, 1897 – ALEXANDRIA – It was reported in town on Monday that the Alexandria High School was on Sunday morning burned to the ground. This proves not to be the fact. Fire was discovered in the east wing, but was extinguished before the building was consumed. The loss is estimated at $3,000 and is covered by insurance.