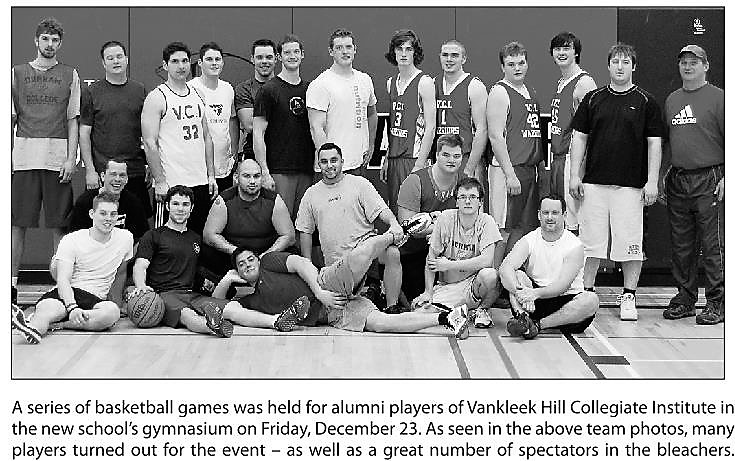 Photo from the December 28, 2011, edition of The Review. Click on the photo to see it in full size with the original caption. Review Archives photo

10 Years ago
Hawkesbury couple wins $50 million
The Review, January 4, 2012 – HAWKESBURY – A miscalculation on New Year’s Eve initially led a Hawkesbury couple to believe they had won $50,000 from their Lotto Max ticket. But when Gaetan ane Jo Ann Champagne checked again, they realized the $5 ticket they purchased on Boxing Day had in fact won them the jackpot of a cool $50 million.

25 Years Ago
Overzealous winter parking enforcement
The Review, January 1, 1997 – ALEXANDRIA – The mild winter has raised complaints that Alexandria’s winter parking regulations are too inflexible. When the winter parking rules came into effect on November 15, an Alexandria police officer wrote 40 tickets, even though there wasn’t any snow on the ground. The town clerk has sent a letter to the police service, asking that discretion be used when enforcing the bylaw, which will be modified in next year.

75 Years Ago
University prep school opens in Cushing
The Review, January 2, 1947 – CUSHING – A university preperatory school has opened at Cushing, Québec. The school currently occupies the spacious Manse of St. Mungo’s Church for its residential quarters and the school building is located on the adjoining property. Both the school and manse are spedidly located on the Ottawa River.

100 Years Ago
A quiet municipal election
The Review, January 6, 1922 – VANKLEEK HILL – Talking about municipal politics, Vankleek Hill had an election. Looking up and down our main thoroughfare on Monday, nobody would have supposed that such a thing was in progress, but at night there were a few who realized that something had happened. The people of Vankleek Hill spoke against the old members of council The vote tells the tale.

125 Years Ago
New railway freight siding at McAlpine’s corners
The Review, January 1, 1897 – MCALPINE’S CORNERS – We are informed that the Montreal & Ottawa Railway will put in a four-car siding at McAlpine’s Corners, which will be a great convenience to the residents of that section. A movement had been made by residents of the vicinity to endeavor to secure a flag station of freight siding.