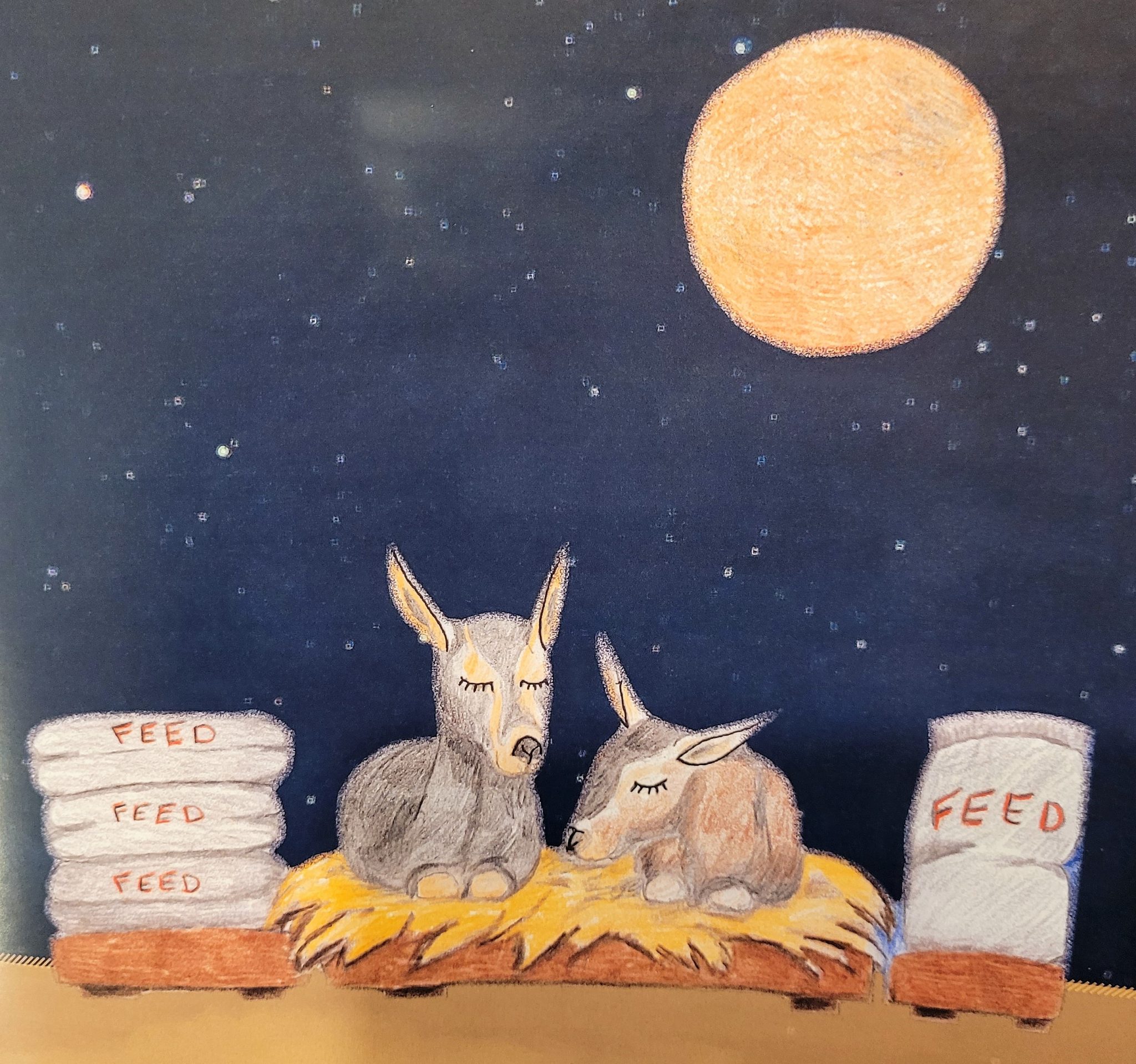 It seems fitting Laura Barton has released her first children’s book, considering the author began writing when she was just a young child herself.

“I’ve been writing in journals since even before I knew how to write,” chuckles the young mother. “My mom has pictures of me just doing scribbling lines in notebooks and telling her I was doing my homework.”

“Everybody loves it so far,” says Barton of the feedback she has received. “It’s very reassuring.”

Readers of The Review know Barton as the newspaper’s regular family and rural life columnist. ‘Wow! Big Moon!’ was inspired by one of her columns, in which she described her two-year-old son Luka being enthralled by a spectacular view of the celestial orb.

“One night when my son and I were outside admiring the massive harvest moon that was coming up over our field, he was so fascinated by it,” Barton recalls. “Every night since then he’s always asking to go look at the moon.”

With the idea for a children’s book in her head, the prospective children’s author asked her aunt, Allison Barton originally of Vankleek Hill, to provide illustrations. Working together, the two developed a rhyming book featuring farm animals – aimed at both entertaining and educating youngsters. 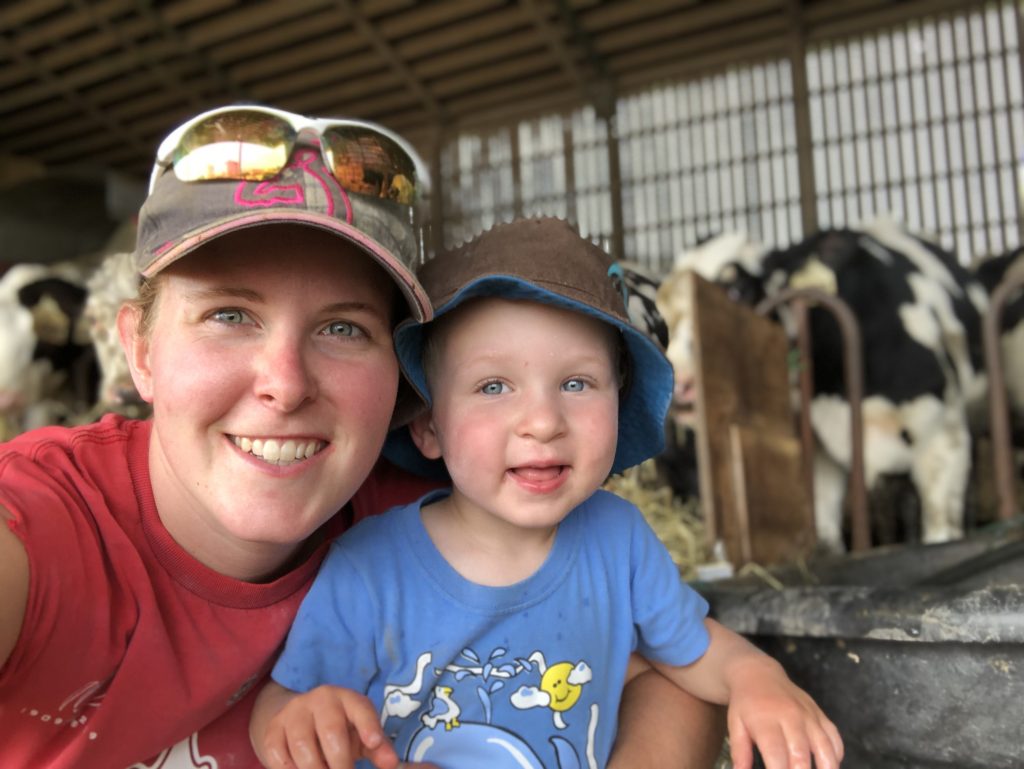 “The book wouldn’t have come to life if it wasn’t for her,” says Barton, of her aunt’s illustrations.

While children from rural communities will be familiar with many of the animals in ‘Wow! Big Moon!’, it is also intended as an educational tool for families who live in the city.

“It is educational for those who do not know much about farm animals,” observes the author, who added an extra touch for her young readers. “I purposely included baby animals and what their names are.”

‘Wow! Big Moon!’ is Book 1 of Barton’s planned ‘On the Farm’ series. And those who love her first book won’t have to wait very long. ‘Farmer Pat and All His Cats’ is already in the making, with a planned release in the spring of 2022.

“Writing is something I’ve always been passionate about and loved doing,” says Barton. “I write to hopefully inspire.”

A graduate in Psychology, with a minor in English, the St-Bernardin resident worked for three years as an educational assistant at Pleasant Corners Public School, before the birth of her son. Her love of children is often the inspiration for her writing.

“I always have them in the back of my mind whenever I’m creating,” she says.

And son Luka’s reaction to his mom’s book?

“He hasn’t seen it yet, because his godmother is giving it to him for Christmas,” Barton laughs. “I can’t wait to read it to him.”

‘Wow! Big Moon!’ can be ordered online through The Review’s Gift Shop https://reviewshop.ca/shop/wow-big-moon/ . 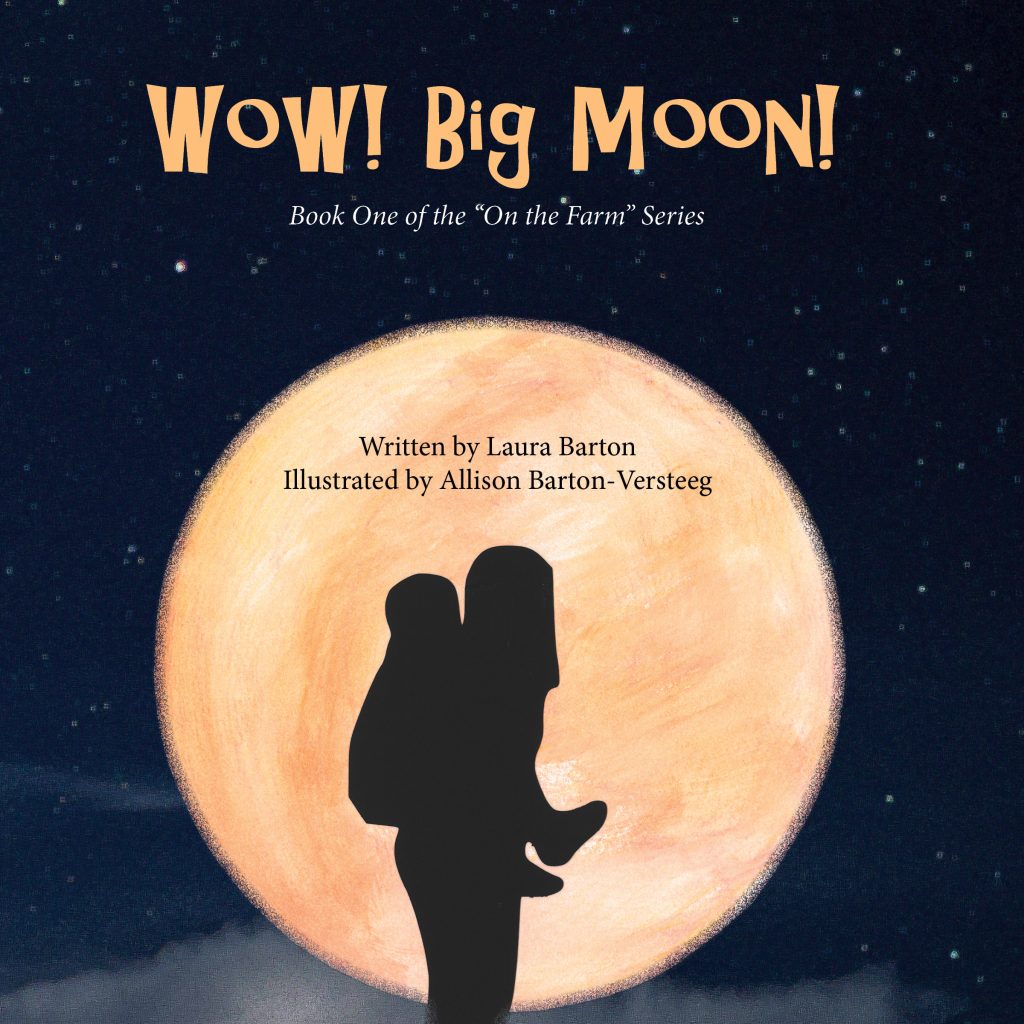