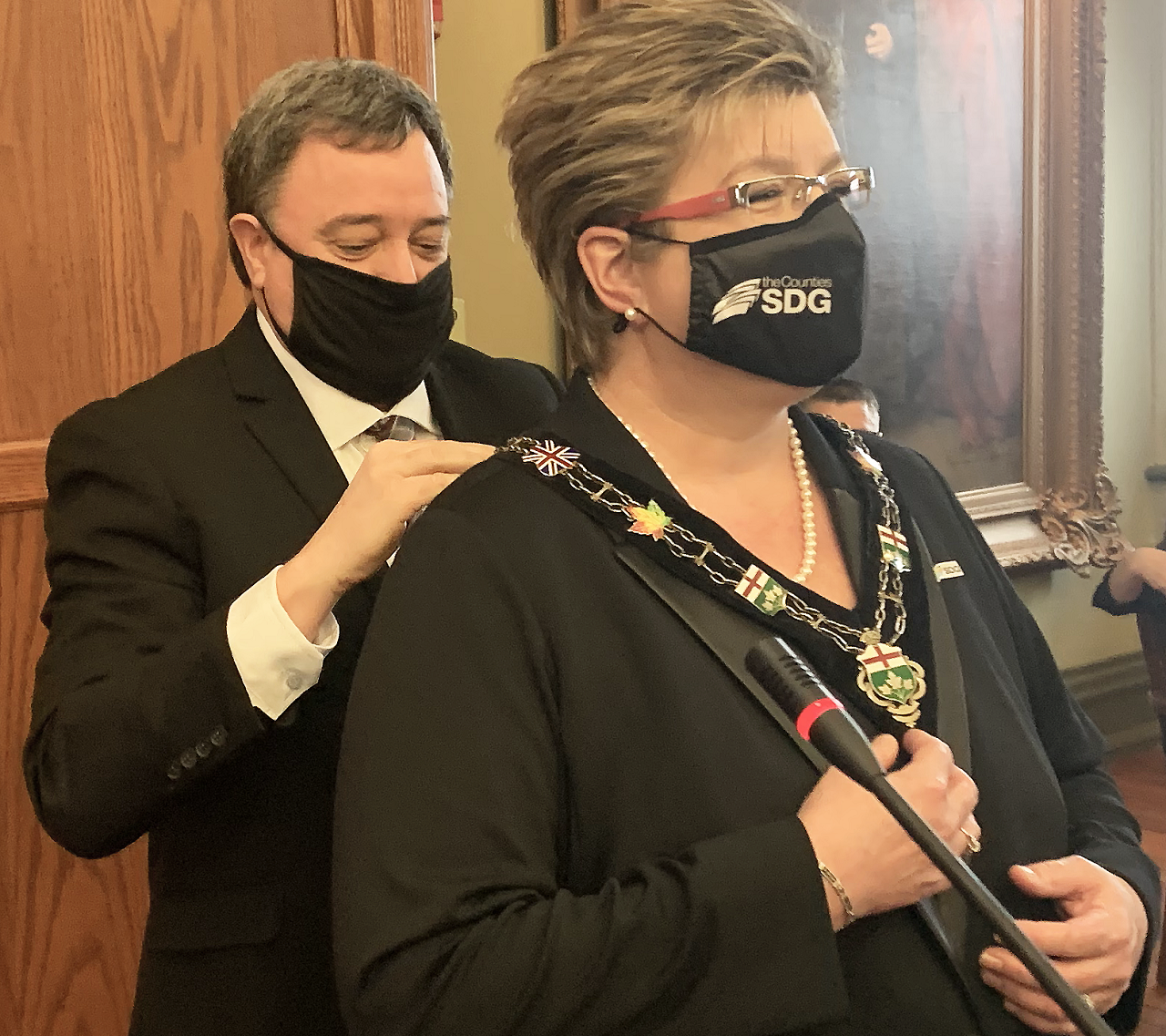 For the second time in 171 years, a woman is serving as Warden of the United Counties of Stormont, Dundas, and Glengarry (SDG).

North Glengarry Deputy Mayor Carma Williams was officially inaugurated as 2022 warden at a ceremony in Cornwall on December 17. Unlike in the United Counties of Prescott and Russell (UCPR), where only the mayors of its eight municipalities compose the council, both the mayors and deputy mayors of each of SDG’s six municipalities sit on its council. Williams had been elected as warden at a meeting of SDG council on October 18.

“Being the second woman to hold this position, it is not lost on me that it is a privilege to hold this seat,” Williams said in her inaugural address.

She said there is still work to be done to achieve gender parity at any level of government, “But we’re getting there.”

“Our decisions and actions must embody the future,” said Williams as she explained her plans for the year ahead.

Williams remarked on the increased role municipal governments have in the areas of economic development, tourism, and community development. She referred to Community Improvement Plans and Rural Incentive Programs as examples. Williams said SDG is planning to enhance the availability of social housing and added roads will remain a priority.

“My vision is to demonstrate we are a truly progressive regional government,” said Williams.

The new warden said she has three guiding principles and priorities for 2022. Williams said no municipality will be left behind and ensuring that will come from ensuring SDG’s rural education will be advanced, with an attempt to get the attention of the Ontario government and municipalities across the province.

Williams referred to environmental principles and said the regional waste management study must be completed in 2022.

The theme of women serving in government was prominent throughout the inaugural meeting, especially in an address by Senator Bernadette Clement, the former Mayor of Cornwall, who was appointed to the upper house of Parliament earlier in 2021.

“Our society can greatly benefit from the increased participation of women in the political process,” Clement said.

UCPR Warden Daniel Lafleur attended Williams’ inauguration and spoke of the good relationship between the UCPR and its neighbouring regional government.

“I would like to offer my full support and our council will always be happy to work with you and your colleagues for the common good of our own communities,” said Lafleur.