Hawkesbury Hawks get back on track with wins over Cornwall, Nepean 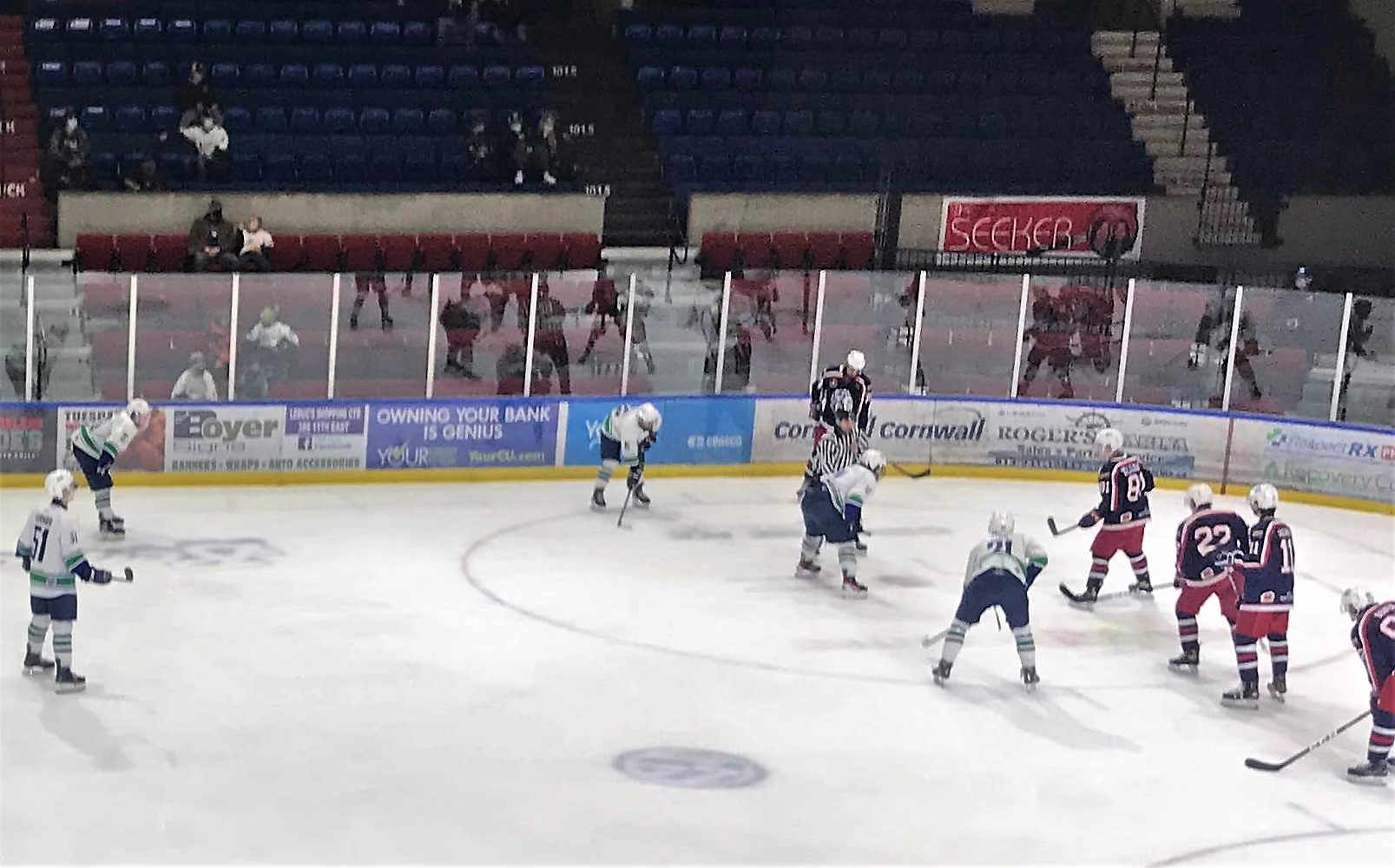 The Hawkesbury Hawks turned their four-game losing run into a winning streak, with wins over the Cornwall Colts and Nepean Raiders last weekend.

Jeremy Tremblay fired home the winning goal with less than five minutes left in the game, as the Hawks knocked off the Colts 3-2 in a tight game Sunday, December 12, in Cornwall.

The Hawks, who have struggled on the road this season, led 2-1 after the second period, on goals by Landon Brownlee and William Gendron. Cornwall’s Brayden Bowen tied up the game midway through the third period, setting the stage for Tremblay’s heroics. Max Donoso stopped 26 of 28 shots he faced in goal, as the Hawks outshot the Colts 33-28.

The Hawks got back on the winning track at home two nights earlier, as they stormed back from a 3-2 deficit in the third period to defeat the Nepean Raiders 5-3 at the Robert Hartley Sports Complex. Josh Spratt got the winning goal with less than four minutes remaining in the game, after Hawks forward William Gendron tied up the contest 3-3 at 14:36 of the third. Jeremy Quesnel sealed the deal with an empty net goal with just 48 second left in the game.

The Hawks jumped out to a 2-0 in the first period on goals by Jakson Kirk and Rylee Hlusiak, before Nepean scored two late markers to enter the second tied 2-2. Nepean scored the only goal of the second period to lead 3-2 going into the final period.

With the two wins, the Junior A Hawks solidified their hold on second place in the Central Canada Hockey League’s (CCHL) Yzerman Division, moving 6 points ahead of the third-place Navan Grads, however Navan has two games in hand. Hawkesbury will face the Grads this Friday, December 17, at home at the Robert Hartley Sports Complex.

– with files from Mackenzie Hinton