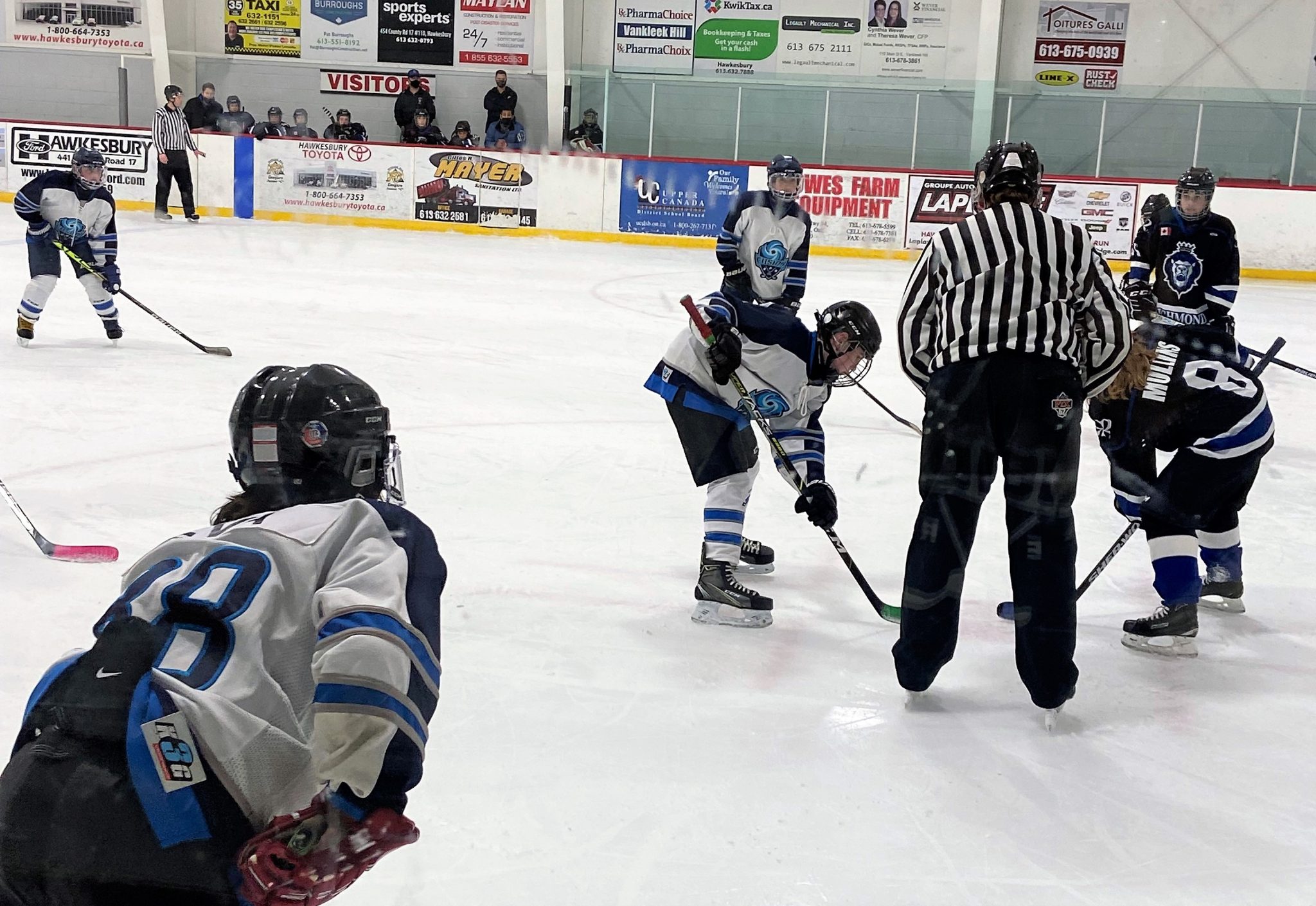 More than 177 players took part in the EPRMHA’s U13 tournament in Hawkesbury and Vankleek Hill December 4 and 5. Submitted Photo

The Eastern Prescott-Russell Minor Hockey Association (EPRMHA Fusion) held its U13 B tournament on December 4 and 5 in the arenas in Hawkesbury and Vankleek Hill.

A total of 12 teams took part, including teams from Ottawa, Gatineau, Cornwall, Richmond, Cumberland and Russell, along with two EPRMHA Fusion teams, with a total of 177 players participating. More than 300 parents and grandparents turned out to watch their offspring play.

The Fusion B-1 team tied its first game 3-3 against the Richmond Royals, lost its second game against Gatineau 5-3 and won its third game against Ottawa Centre 5-3. The EPRMHA’s B-2 team did even better, posting 7-0, 8-0 and 4-1 wins, before losing in the semi finals 6-3 to Richmond.

The Richmond Royals went on to the finals, where they topped Gatineau 2-1 in overtime.