All good things must come to an end, and such was the case with the Hawkesbury Hawks’ eight-game winning streak, as the team fell 4-0 to the Pembroke Lumber Kings in an evening road game on Sunday, October 24.

Goaltender Max Donoso – who had been sharp in all of his starts this season – got the hook, after giving up three goals on 10 shots in the first period. Dimitri Pelekos stopped 12 of the 13 shots he faced the rest of the way, in a game that degenerated into a penalty-fest in the third period.

While he was disappointed in the effort put forth by the team, the Hawks coach noted a letdown at some point was inevitable for the team, after strong efforts in each of the eight wins in a row.

“After winning eight in a row guys get comfortable and think this is easy,” said Dorval, citing the inexperience of the youthful Hawkesbury Junior A squad. “It’s part of the growing pains of having a younger team.”

The Hawks head coach said the team’s top players were flat in the contest against the Lumber Kings.

“The reality is when your top players aren’t going and you’re on the road, it’s hard to find a spark when you get off to a slow start.”

With the team trailing in the third period, the Hawks lost their composure, leading to a steady stream of players heading to the penalty box due to scrums after the whistle.

“There’s nothing to be proud about winning a wrestling match after the whistle and ending up in the penalty box.”

On Friday, October 22, against Carleton Place the Hawks scored goals in each period to jump out to a 3-0 lead, before the Canadians ended the shutout bid of Hawkesbury netminder Donoso. 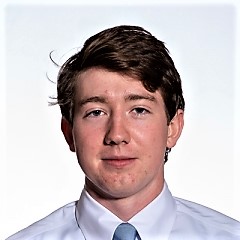 Hawks forward Ryan Murphy is out for three to four weeks with a shoulder injury suffered in last Saturday night’s game against Carleton Place. Murphy had earlier opened the scoring in the game.

William Gendron scored two of the Hawks markers, including the winner, after Ryan Murphy opened the scoring in the first period. Donoso stopped 23 of the 24 shots he faced, while the Hawks fired 28 shots at Carleton Place goaltender Joe Chambers.

Despite the loss on Sunday, the Hawks remain in third place in the Central Canada Junior Hockey League’s hotly contested Yzerman Division, with a record of eight wins and four losses.

Fans will get to see the local Junior A squad face its biggest test so far of the 2021-2022 CCHL season, as the league-leading Ottawa Junior Senators come to town this Friday, October 29, in a 7:30 p.m. start at the Robert Hartley Sports Complex. The Senators sport a record of nine wins and only one loss in the season and the match-up promises to be a hard-fought contest.

“They’re nationally ranked as a top-ten team in the nation, so it’s going to be a good game for us to see where we are at,” Dorval noted.

After facing Ottawa at home, the Hawks will travel to Renfrew on Saturday, October 30, to face the Wolves in a game that begins at 7:30 p.m. at the Ma-Te-Way Activity Centre. Renfrew currently sits in fourth place in the CCHL’s Robinson Division, with a record of six wins and four losses.

The Hawks will be somewhat shorthanded after injuries to two key players in last weekend’s games. Forward Ryan Murphy is out for three to four weeks with a shoulder injury from last Saturday night’s game against Carleton Place. Defenceman Bradley Horner is also out one to two weeks with an upper body injury he suffered against Pembroke on Sunday.

Defenceman Jeremy Quesnel is also facing a potential two-game suspension for a check to the head in Sunday’s loss to Pembroke. Quesnel received a game misconduct on the play and a ruling on his status is expected this week.

“It will be time for some of the kids to step up and show that they deserve extra ice (time),” Dorval said.