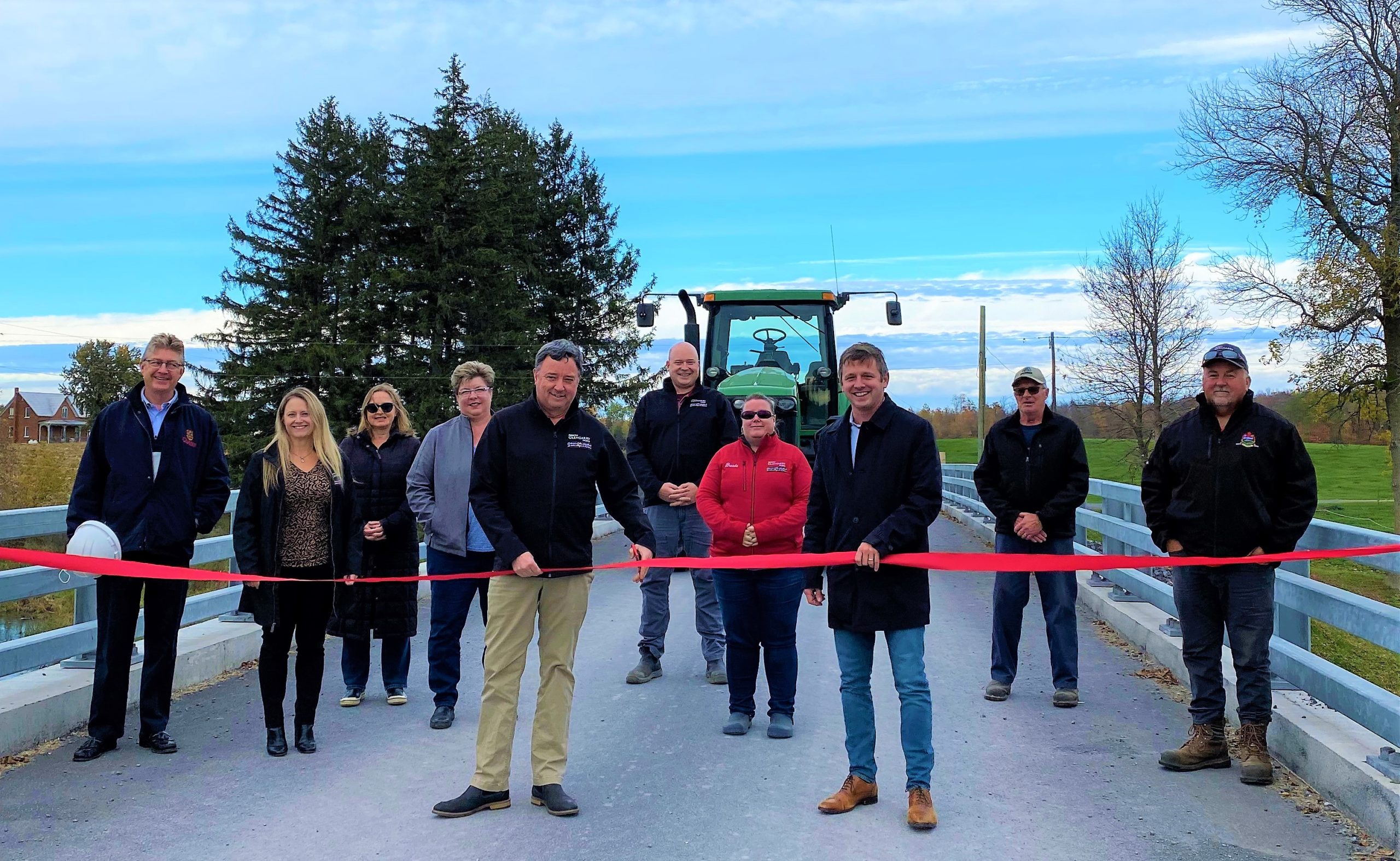 The official ribbon cutting ceremony of Creek Road Bridge was held in Dalkeith on October 19, and in attendance were members of North Glengarry council and staff, Steve Taylor from BT Engineering (BTE), members of the MacLeod family, along with MP Francis Drouin.

The rebuilding of Creek Road Bridge was made possible by a new program, Investing in Canada Infrastructure (ICIP), which was initiated in March 2019. The program has committed up to $30 billion in combined federal and provincial funding to support public transit, green infrastructure, community, cultural and recreation, and rural and northern infrastructure investments (roads, bridges, air and marine needs).

The Creek Road Bridge project received $1.1 million from the federal government and $800,000 from the provincial government, with the remainder funded through the municipal tax base.

BTE consulted the public for the design of the bridge and provided professional project management services for the bridge replacement.

“I think we’re all excited to be out here today to officially open the new Creek Road Bridge,” said North Glengarry Mayor Jamie MacDonald. “Our bridge program at North Glengarry has been a priority for council and completion of this bridge is an important accomplishment.”

The main objective of this project was to replace the current Creek Road Bridge, which was built in 1929. The project widened the single-lane bridge with a structure that provides for safe passing of two vehicles at a time, installed hazard markers, and ensured a load-rating to match the current traffic capacity. Special consideration was given to agricultural vehicles which pass over the bridge.