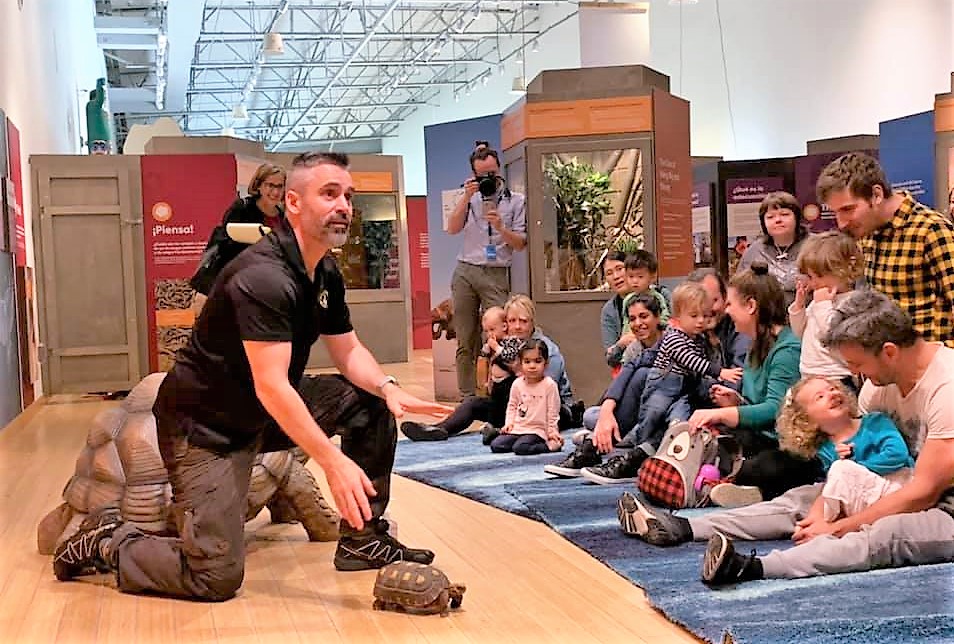 Paul ‘Little Ray’ Goulet conducts an educational seminar for children at Little Ray’s Nature Centre. The centre has been named as the winner of the CAZA Award for Excellence for Small Facility Wildlife Rescue.

Little Ray’s Nature Centre in Sarsfield has been named as one of the winners of the Canada’s Accredited Zoos and Aquariums (CAZA) Annual Awards of Excellence.

The local wildlife rescue and education centre was named as the winner of the Peter Karsten Award for Small Facility. The award, presented to Little Ray’s for its wildlife rescue work, recognizes institutional achievement in the field of in-situ conservation in areas of habitat or biodiversity support, recovery and/or restoration.

The CAZA Awards of Excellence ceremony was again held virtually in 2021. Winners of the 2021 Outstanding Achievement Awards were recognized for their commitment to animal welfare, conservation, science and education. All of the winning facilities have made significant investments to ensure world-class care of animals and inspire global conservation.

CAZA also recognized volunteers who have contributed their valuable time and effort to wildlife conservation at a member institution.

“We are so incredibly proud of the dedication and accomplishments of our accredited facilities,” said CAZA Executive Director, Jim Facette. “Their commitment to excellence in animal care and leadership in the fields of education, conservation, science and animal welfare throughout COVID-19 is remarkable.”

The 2021 Award of Excellence recipients are:

To learn more about CAZA and the Outstanding Achievement Awards, visit https://caza.ca/awards/ .