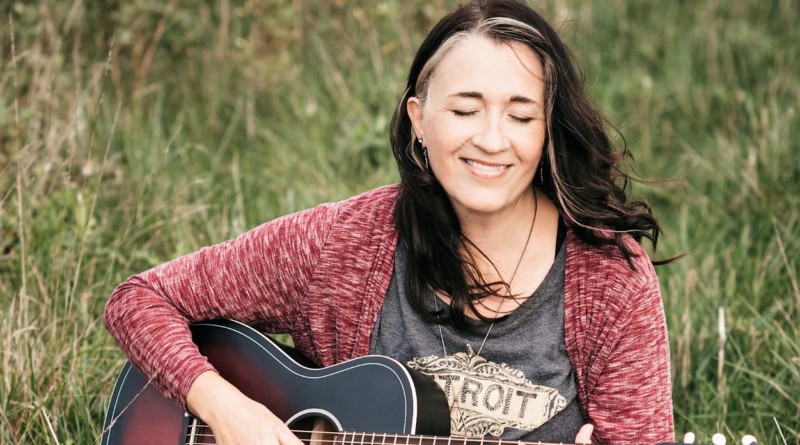 Award-winning singer-songwriter Karen Morand returns to Vankleek Hill for two shows that will feature a combination of her original songs and cover versions of music by other artists.

“The beauty of a smaller venue is you get to really connect with people,” says Morand, who has released three albums and an EP of original music. “For me that’s what making music is all about.”

The Windsor-based artist has released three new songs so far this year, with a fourth scheduled for November, followed by a full album release in the New Year. Her latest single Coffee has received significant airplay on college campus radio stations, as well as rising to Number 10 on the U.S. Indie music charts. All of singles released this year, as well as her upcoming album feature Morand backed by The Bosco Boys.

For her current tour, which includes stops in Kingston and Ottawa, Morand is performing as a solo artist. Her shows in Vankleek Hill will feature both original songs, along with her own cover versions of songs by other artists, that she hopes will draw in audiences to sing along at both venues.

“When I perform, I like it to be interactive,” says Morand, whose website describes her style as ‘soulful roots’. “I want people to come with the expectation that they’re going to be engaged with either stories, the humor, or singing along.”

“I hope that doesn’t scare anyone off,” she laughs.

Part of the songwriting process is testing out new songs in front of a live audience, says the artist.

“I’ll probably be doing that (on this tour) because I have some songs that I’ve been writing for the past year,” says Morand, who prefers to let audience reaction to a song be natural, rather than the work written to induce one. “They say you shouldn’t write with the audience in the room, because you might edit yourself.”

“I just let the song happen and then as it becomes more finished the connective aspect comes into play. When I bring it to the band that’s another layer. They have a lot of great ideas as far as groove and changing it musically. Sometimes that’s what the song needed to make it connect with people. There are a lot of pieces that contribute to a song before it goes out into the world.”

The cover versions of songs by other artists that she performs are also an important part of the show, Morand says.

“If you go see someone new, if they do an interesting cover – for me at least – it’s like ‘OK, now you’ve gotten my attention,” she explains. “You’re welcoming me into your home and I’m a guest. I need to do my part.”

“If I go to someone’s house and they like brownies, I’m going to bring a tray of brownies.”