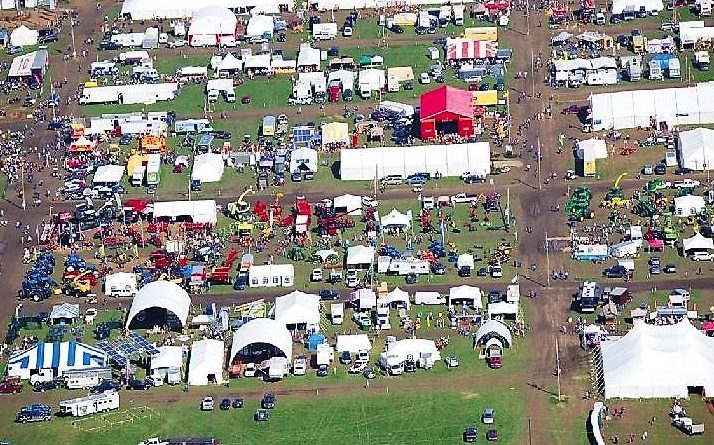 10 Years ago
IPM a great show despite low attendance
The Review, September 28, 2011 – CHUTE-A-BLONDEAU – Despite wet weather that impacted attendance, organizers of the 2011 International Plowing Match are calling the event a success. “It was a hell of a show,” said IPM Chair and Champlain Township Mayor Gary Barton. “Things went well and everything came together. I can’t say the rain didn’t affect things, because it did.”

25 Years Ago
Hawkesbury merger talks fail
The Review, October 2, 1996 – VANKLEEK HILL – A last-ditch attempt by Hawkesbury to discuss merger options with neighbouring municipalities failed last week, when three municipalities refused to attend a meeting organized in Vankleek Hill. The townships of West Hawkesbury and Longueuil and the Village of L’Orignal sent messages to say they would not attend the meeting.

100 Years Ago
Fire destroys Matte Carriage factory
The Review, September 26, 1921 – VANKLEEK HILL – The town was rudely awakened by the fire bell at 6 a.m. Sunday. Hurriedly dressing, the citizens discovered the blaze was in the old Matte Carriage factory, which was occupied by Mr. Charrier as a garage, and the flames had made too much headway to be checked. The scarcity of water was also very apparent and the garage was entirely consumed.

125 Years Ago
Fire consumes dwelling
The Review, October 2, 1896 – VANKLEEK HILL – Shortly after 1 p.m. Sunday the residents of this place were again called out by the alarm of fire, which totally consumed the dwelling of Mr. John Seguin. The fire originated in the upper flat among a quantity of dry corn. The household effect of the ground floor were the only things saved.