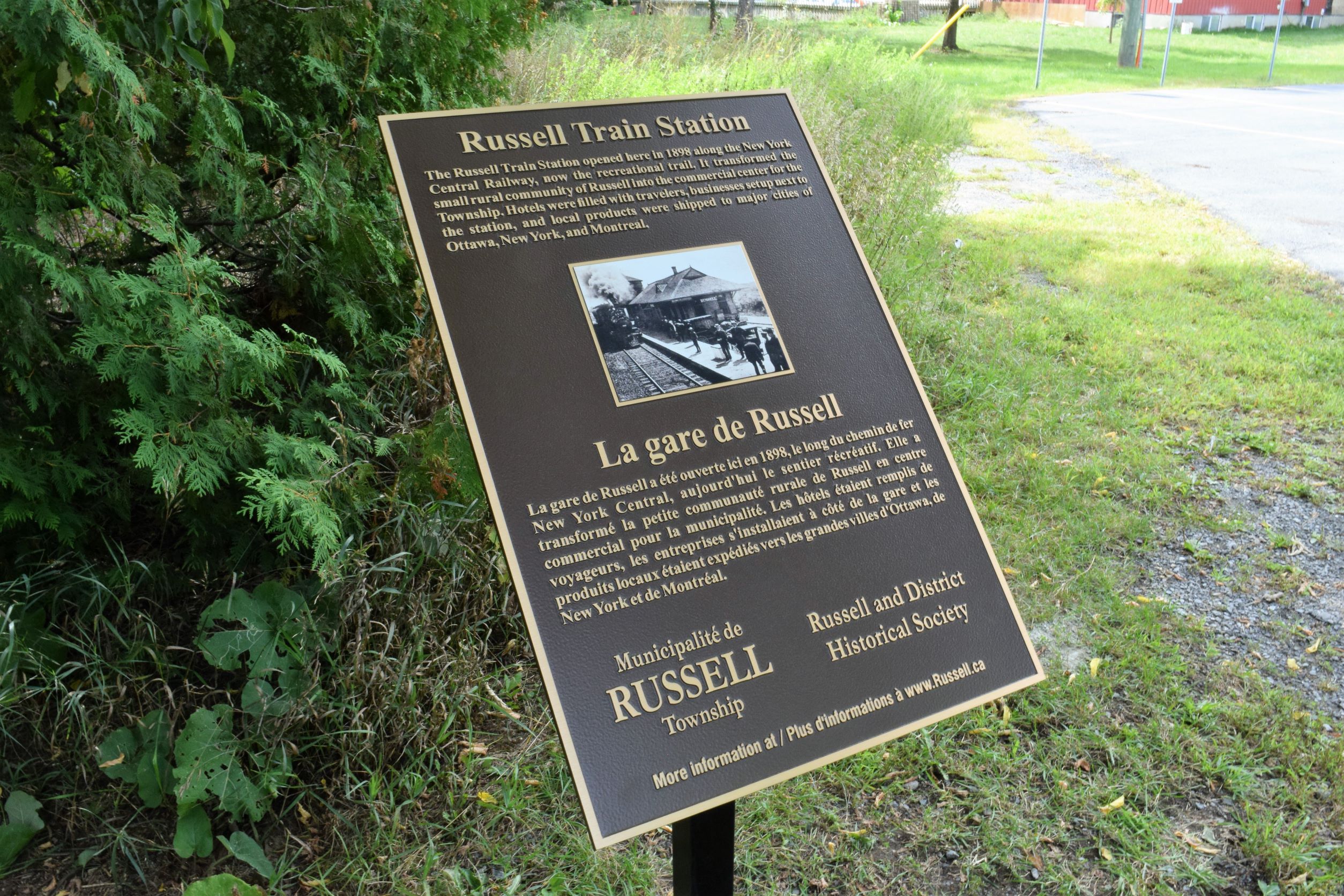 During the Russell Heritage Festival on Saturday, September 11, the Township of Russell unveiled two new plaques as part of the Historical Plaque Program, recognizing the Russell Train Station and the Russell Shale Brick Company.

The municipal program commemorates historically significant buildings, properties, or people within the Township, fostering an interest and understanding of our community’s roots to residents and tourists.

The new plaques recognize the contribution each site has made to the early economic development of Russell. Each bronze plaque has a historical photo and bilingual text describing the site’s historical significance. Visitors will find further details about the sites, including older photos, on the Township’s website.

Speakers during the event included Pierre Leroux, Mayor of the Township of Russell, along with Judy James and Harry Baker, members of the Russell and District Historical Society.

The two plaques unveiled were in partnership with the Russell and District Historical Society, which provided background research and a financial contribution.

The Historical Plaque Program currently has six plaques, with three more plaques prepared for unveiling later this year. The township anticipates the program will grow to a total of 20 plaques within the next four years, creating a network of the Township of Russell’s history across all villages.

The township invites members of the public or community groups to provide their suggestions for future sites for consideration through the Historical Plaque Program by contacting [email protected] Any information regarding the suggested site is appreciated.