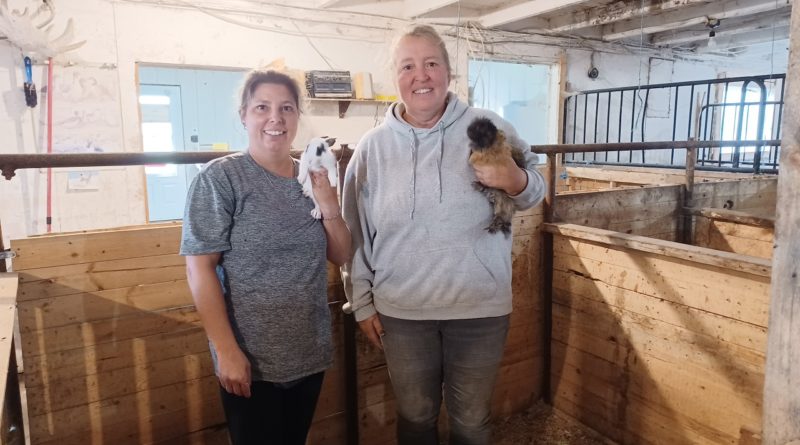 A local animal rescue farm needs a rescue of its own.

Ferme des petits rêves near Sainte-Anne-de Prescott has a shortage of food, shelter, building materials, and volunteer labour, according to owner Marie-Josée Lambert.

Lambert purchased the 23-acre farm in November 2020 and began with approximately 80 animals. She now has 170 living at the site. The animals range from rabbits and chickens, to pigs and cattle.

“I’m freaking out!” said Lambert, of the current situation.

On average, Ferme des petits rêves has just four volunteers, who have been assisting with operating the farm and building shelters for the animals. Lambert is concerned about having enough building materials and shelter once fall rain and winter weather arrives. The roof in the barn has a significant leak, which causes trouble on rainy days, and Lambert is afraid it will get worse during the winter freeze-and-thaw cycle. The barn is also missing a door, which leaves the interior exposed to wind, rain, and before long, cold and snow.

Lambert is working two full-time jobs to cover the cost of food for the animals. She does not want to stop accepting animals who need a home.

“How am I supposed to say no?”

Lambert’s other reason for not rejecting animals is that they could be slaughtered if she refuses to take them.

Lambert says she has building materials to build shelters for animals, but her and fellow volunteer Julie Michaud cannot do all of the work themselves.

“It takes more than two women to build a shelter for these horses and steers,” the owner of Ferme des petits rêves explained.

Lambert would like to receive more donations of food, or monetary donations she can use to purchase food. So far, most of her food donations have been table scraps, which are only suitable for feeding pigs.

Ferme des petits rêves is open to visitors Saturday and Sunday from 11 a.m. to 4 p.m. and by appointment during the week. Visitors are welcome to leave cash donations, but Lambert said the funds received have not been sufficient to cover food expenses.

“I can’t do miracles here.”

However, Lambert emphasized the welfare of the animals is her first priority.

“All of the animals are well treated; they’ve got their space,” she noted. “I want to keep it that way.”

Lambert said she wants visitors to the farm to understand the responsibility involved with operating a rescue farm.