Chelsea and Me – Part 3 – Baby squirrels and melted hearts 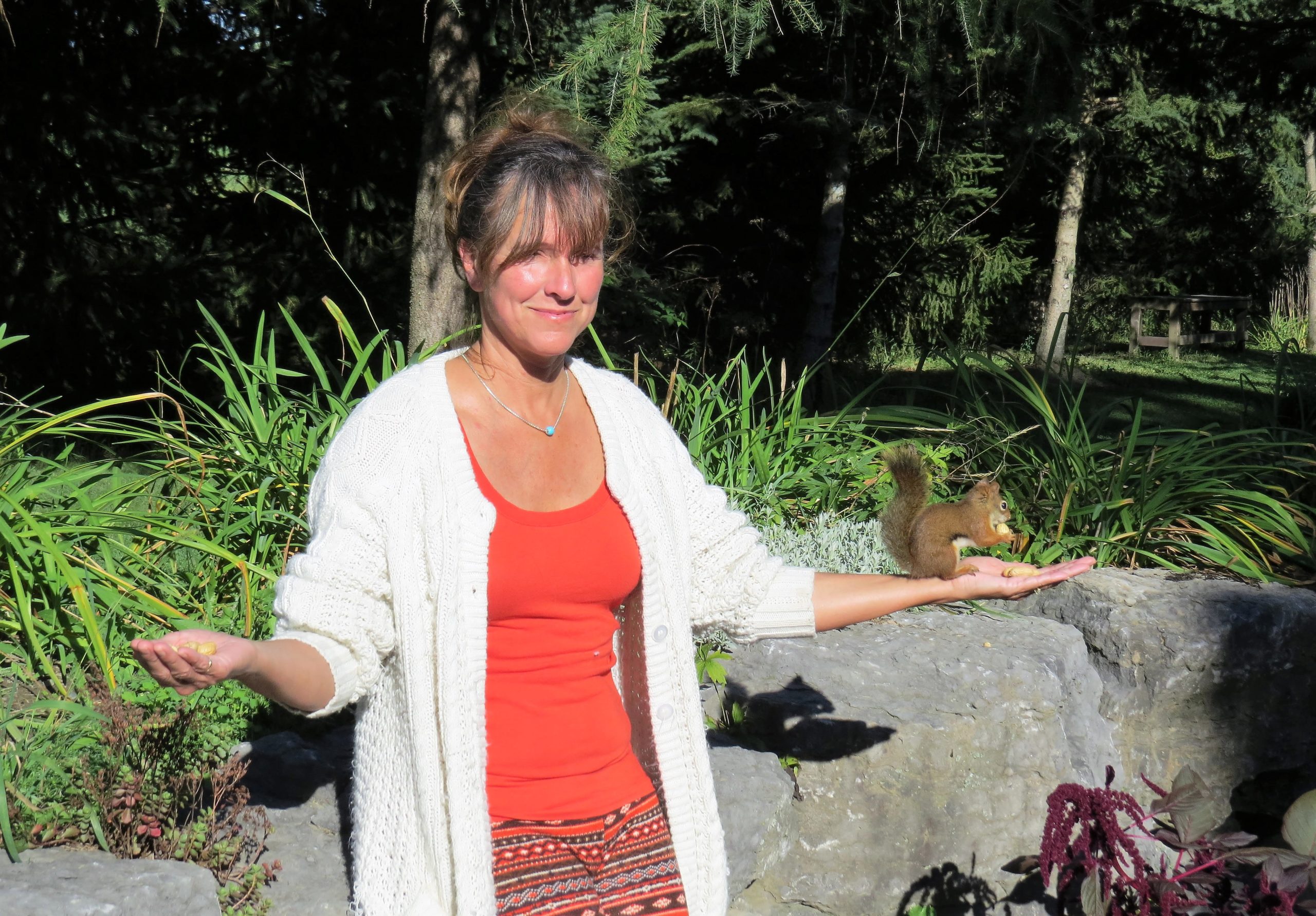 Chelsea, at 8.5 months old, was a Mama of four! She had given birth not too far from the house. I could observe the six-week-old babies playing in the pine trees while she watched over them.

Gradually, Chelsea began to pay less attention to me. She eventually moved across the stream, into the woods, and was no longer visible from the house.

I started doing daily ‘squirrel runs’ to meet up with Chelsea. A ‘squirrel run’ is a morning walk through the land, distributing small handfuls of seeds and nuts at the base of trees and rocks – 33 spots to be exact. I still do these runs and have rarely missed a day in eight years.

After two years of living in the woods, in 2016 Chelsea moved closer to the house to have another litter. This time, in the oak tree’s burl – the very tree where she was released just a couple of years earlier.

Chelsea worked very hard at ‘reclaiming’ the oak tree. For days, I watched her and another squirrel aggressively chase each other, in and out of the burl, up and down the trunk. Finally Chelsea did it! She got ‘her’ tree back!

The expectant mother carefully stuffed the burl with dry grass and leaves. I helped her out a little by cutting up pieces of polar fleece, that she happily accepted.

After Chelsea gave birth to her litter, at about the time the babies were seven weeks old, the oak tree show began! If you’ve never seen baby squirrels; brothers and sisters play, it just melts your heart. They’re affectionate, mischievous and full of energy! You can’t help but smile when you watch them.

When the babies reach the age of 16 weeks, they prepare to go their own way. Mother squirrels will either force their babies out of the nest or give it up to one of them. And they will have to fight for it!

When young squirrels battle for territory it gets very loud. The yelling goes on for more than two weeks and it is heartbreaking to hear. Wouldn’t it be nice if they could all just learn to live together peacefully within their community and learn to help each other? The reason for the fights all boils down to one thing: food!

By mid-August, summer babies – along with the older squirrels – are busy collecting pine cones for the winter. The seeds hidden beneath each scale of the pine cone is their source of food throughout the cold months. Gnawing on pine cones helps keep their teeth filed down. Otherwise, their teeth would continuously grow.

It wasn’t until I saw the first pile of pine cones Chelsea had gathered, that I finally got the answer to a question I had thought of many years ago; “Who on earth is coming onto the property and raking up all those pine cones?”

Periodically, I’d steal pine cones from the piles collected by other squirrels and give them to Chelsea. To ease my guilt, I would ‘trade’ a handful of seeds and nuts for three pine cones. I felt this was a fair deal, but judging from the reaction of the other squirrels, the swap wasn’t much appreciated.

Once her babies were on their own, Chelsea left the oak tree again and over the next few years she continued to move from nest to nest. She raised several more litters and would always stop by to hang out with me.

In late fall of 2019, I woke up to the sound of little feet scurrying across the attic. Oh no, with the weather getting colder, the mice were moving in…. so I thought. The pitter patter of little feet was actually Chelsea! She had made her way into the upper part of the house and was setting herself up for the coming winter.

I had to decide what to do. Do I let Chelsea stay up there, in the coziness of a warm sheltered space and risk major damage being done, or do I call squirrel control to lock her out so she can’t get back in?

It was almost November and if I locked her out, would she still have enough time to build another nest or gather ample food for the winter?

Find out how this beautiful story ends by picking up a copy of the Wednesday, September 22, print edition of The Review, in which we will present Chapter 4 of ‘Chelsea and Me’. 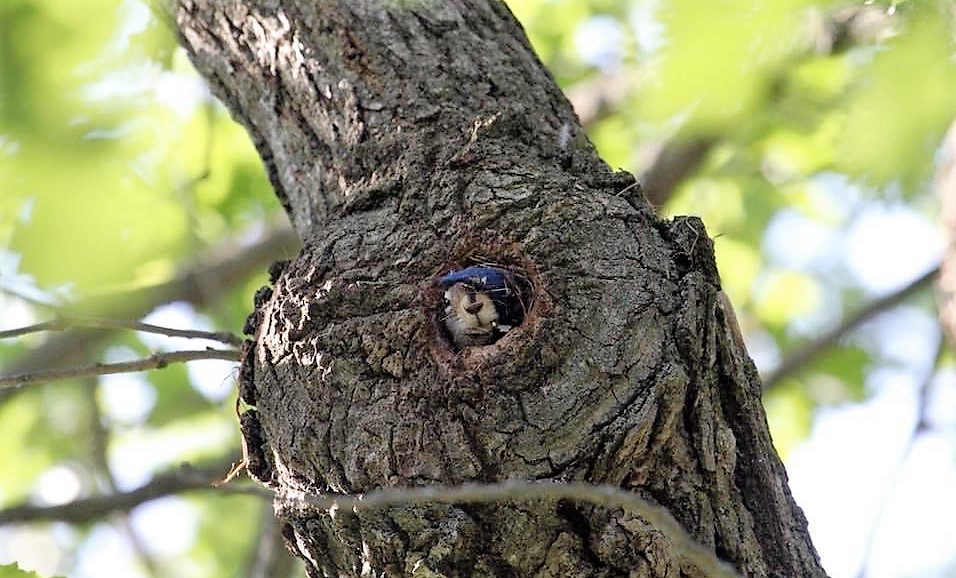 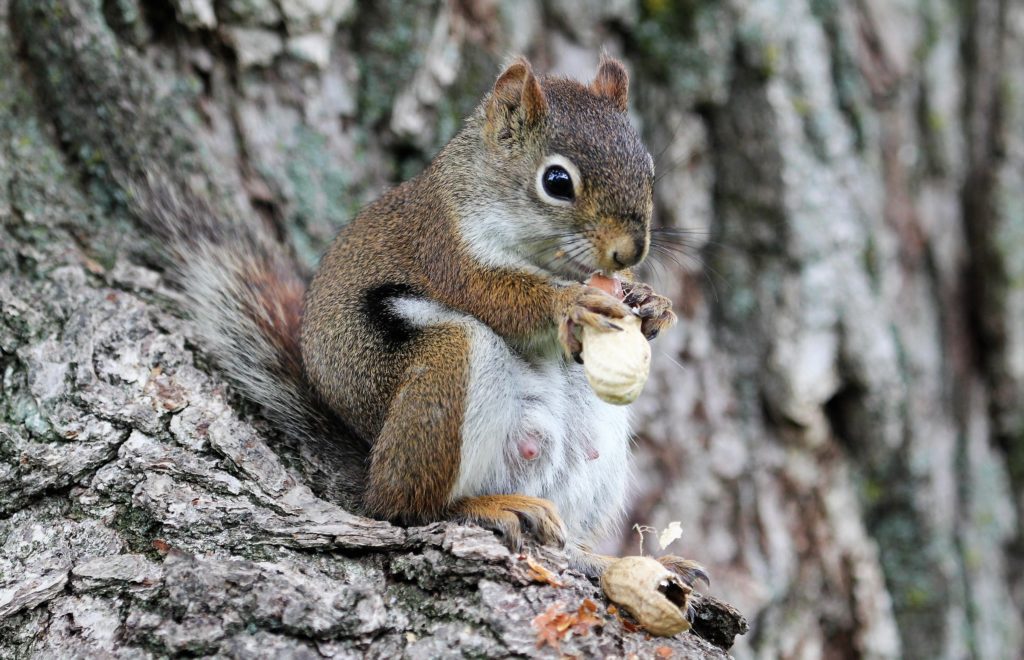 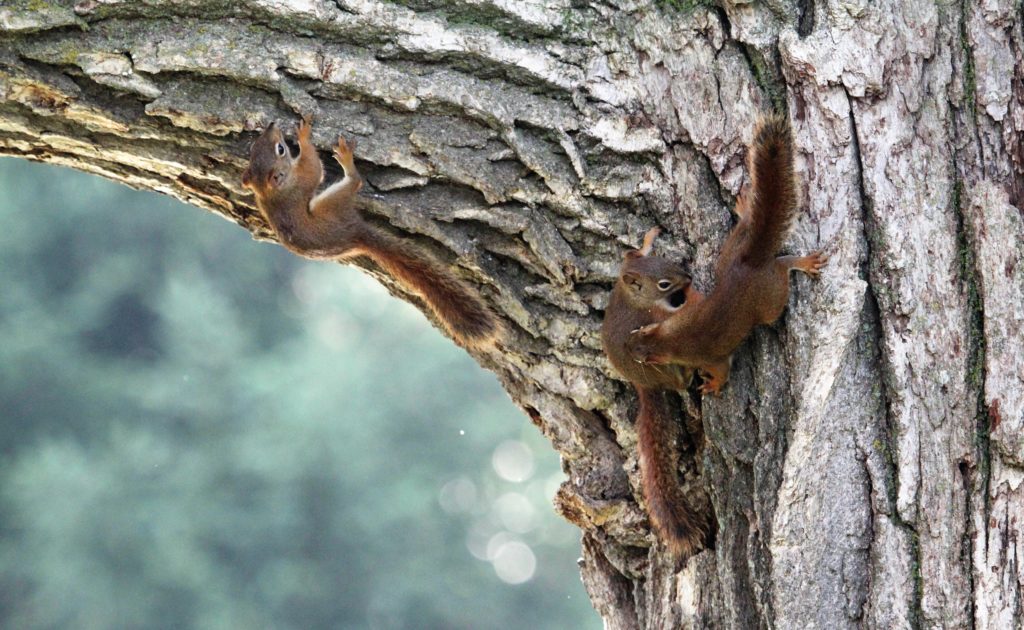 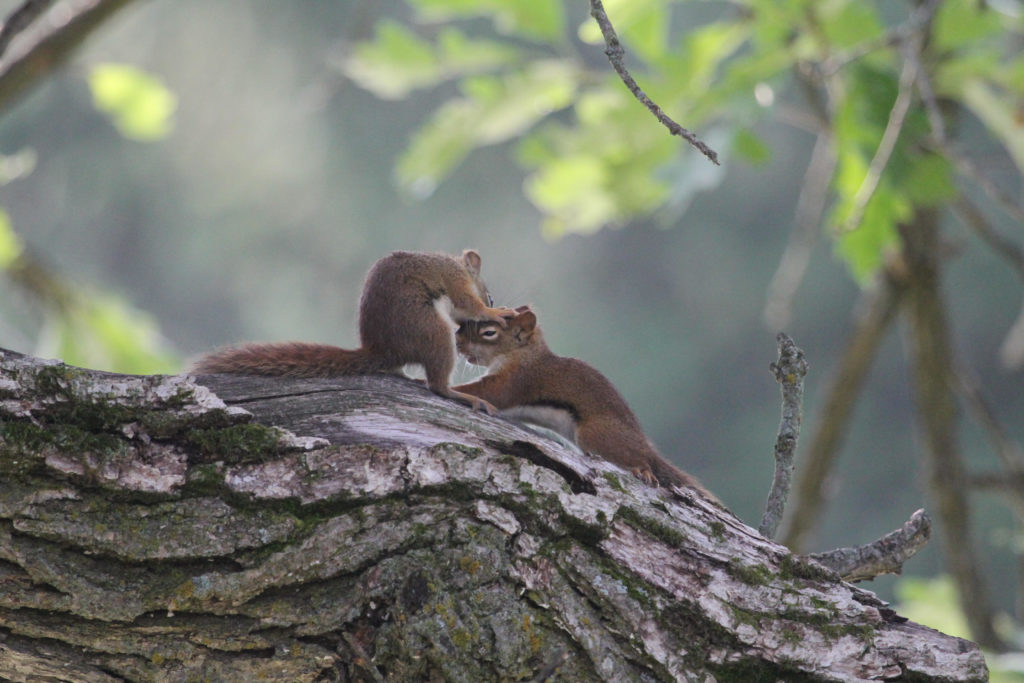