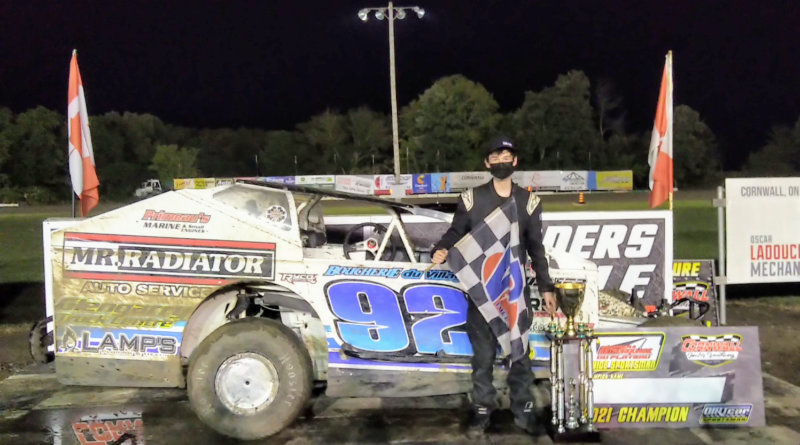 The son of veteran dirt track racer Joey Ladouceur and his wife Josée Paquette-Ladouceur wrapped up the title on a long night of racing on Sunday, September 1, as mud and rain caused the races to run into the wee hours of the morning.

The young racer shot out into the lead at the start of Sunday’s Rookie Sportsman feature, but was unable to hold off Eliot Gamache, who moved past him on the third lap and pulled away as the leaders carved their way through lapped traffic. Although he finished second on the night, Ladouceur’s mutiple wins throughout the 2021 season allowed him to wrap up the season points title.