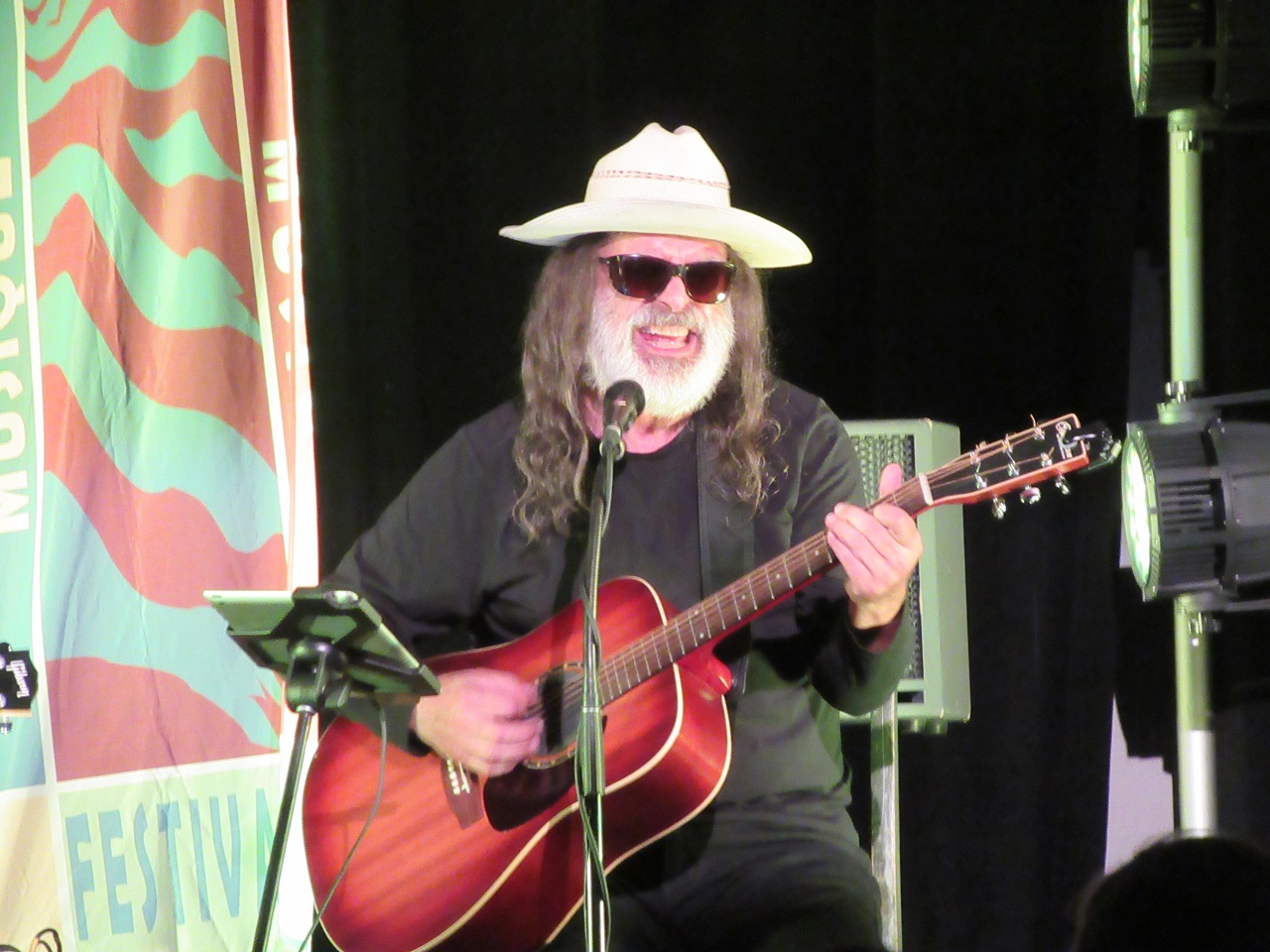 The Hudson Music Festival was back in a somewhat abridged ‘Echo’ edition from July 30 to August 2. Due to pandemic restrictions and major road construction along Main Road through most of Hudson, attendance was limited at the concerts and there was no street fair this year. However, there were four days of concerts.

Michel Pagliaro was on the stage at the Stephen F. Shaar Community Centre on Saturday night and gave a high-energy acoustic performance with precision vocals and guitar work to match. ‘Pag’ has been recording since 1965 and became a well-known artist in Québec. His breakthrough on English-language radio across Canada came during the 1970s and led to him being nominated for Male Vocalist of the year at the 1975 Juno Awards.

At the show in Hudson, Pagliaro was accompanied by guitarist Corey Diabo who kept the rhythm just right for every song. Pag went through his extensive French repertoire, including numbers with heavy country, Québecois and blues songs influences.

There had to have been a lot of tired feet after the concert because the audience stomped and swayed its way through songs like Louise and Ti-Bidon. As soon as Pag mentioned the 1970s, the audience roared with satisfaction as he sang ‘Rainshowers’, ‘Some Sing-Some Dance’, ‘Lovin’ You Ain’t Easy’, and ‘What the Hell I Got’, all of which were staples of Canadian English radio during the decade.

To wrap up the festival, Musica Quest performed pieces by Bach, Mozart, and Purich in a classical concert on Monday evening at Église St-Thomas-d’Aquin.

“The key part of the Hudson Music Festival is no genre,” said Blair Mackay, one of the festival’s organizers.

Except for the classical concert, attendance was capped at 60 for each show. At the community centre, there was a limit of four people per table and each table was within a square delineated by a line of tape on the floor around it with walkways for others to follow around the room. 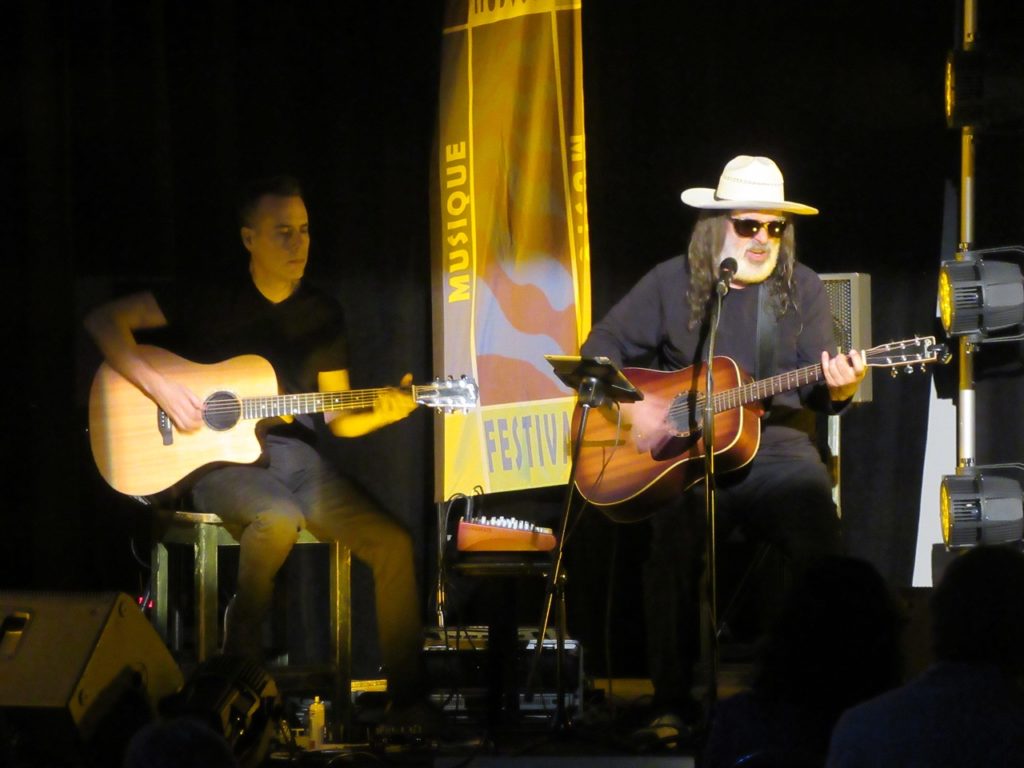 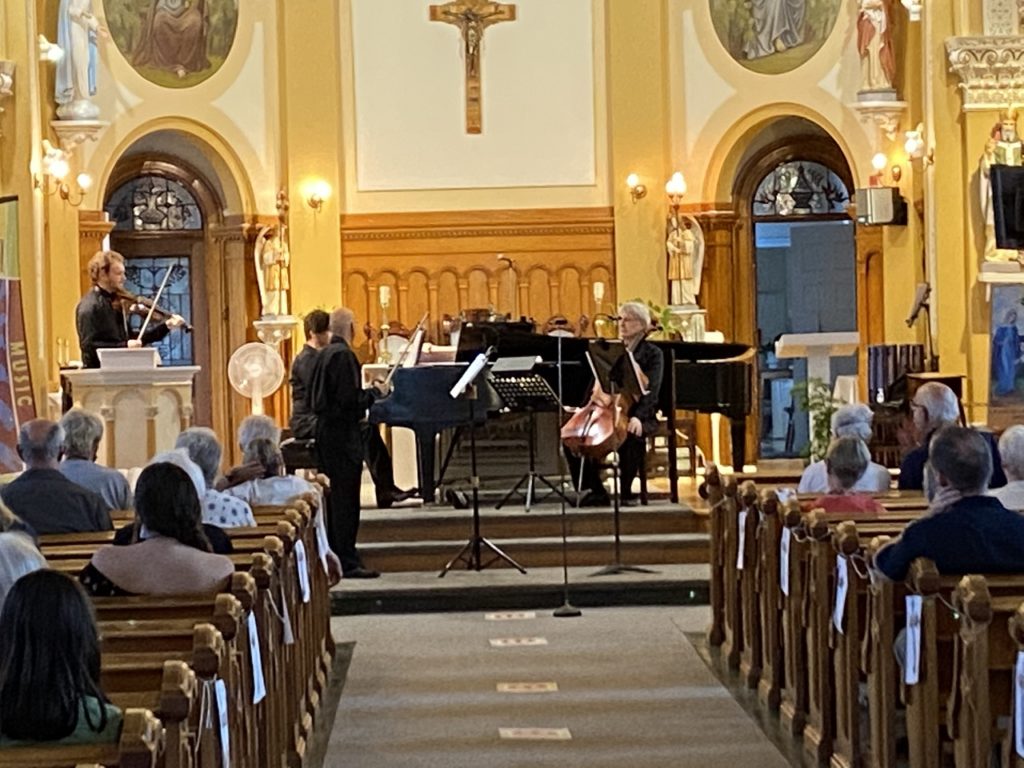