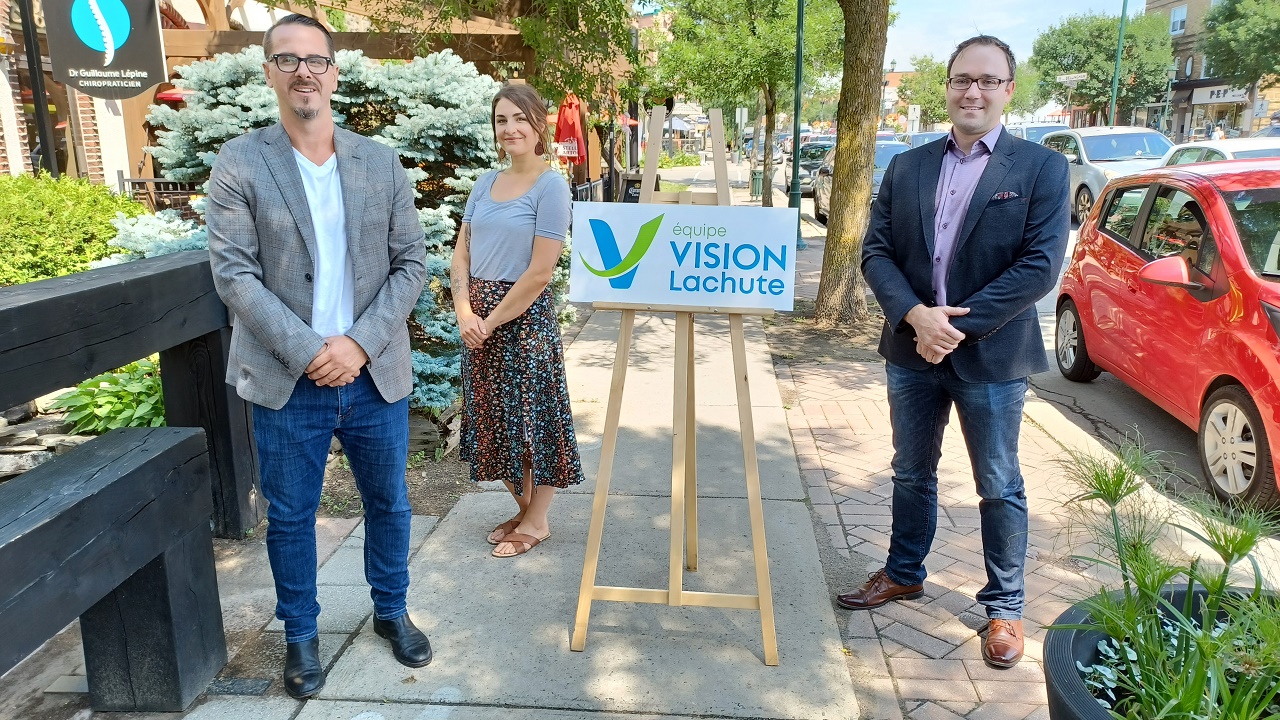 Bernard Bigras-Denis wants to be the next mayor of Lachute and is assembling a coalition of candidates for council as part of the new Vision Lachute party in the November 7 municipal election.

“We want to represent everybody,” said Bigras-Denis, who ran for Councillor in 2017 and as the Québec Libéral candidate in the 2018 provincial election. This time, the 35-year-old production manager and father of two daughters wants to lead the government of the most populous municipality in Argenteuil and make political changes in the town.

Other goals of Vision Lachute are to reduce cynicism among residents towards the municipal government, promote diversity and inclusion, and develop a strategy to keep the downtown area strong.

“Everybody will have a mandate,” said Bigras-Denis.

Bigras-Denis said the town needs to do better on the project to convert the former United Church building on rue Principale into the new location for the public library. He said the project was supposed to be complete in 2018 but is still ongoing. Work has proceeded sporadically during the past three years as funds permitted for various aspects of the project.

“I think there have been some lapses in management there,” remarked Bigras-Denis.

Vision Lachute is planning to have candidates for all six council seats. According to Bigras-Denis, there were candidates in four of the six districts as of July 14. Two of the official candidates are Virginie Filiatrault in District 2 and Christian David in District 3.

Filiatrault is a doula, photographer, mother of two children, and moved to Lachute three years ago. She is optimistic about the town’s future.

“There’s a lot of potential.”

David has lived in Lachute for four years and is the father of three children. He is the director of security for a federal government agency, a mentor to aspiring entrepreneurs, and a former restaurant owner. He has specifically pledged to also represent anglophones fairly and the bilingual character of the community.