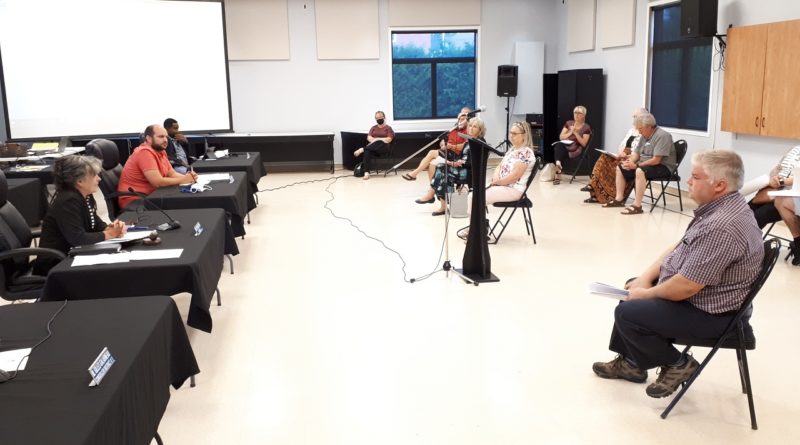 Brownsburg-Chatham Mayor Catherine Trickey returned to her official duties for the July 6 council meeting. A Sûreté du Québec (SQ) investigation into a complaint against the mayor has been closed.

On March 25, the SQ received a complaint that Trickey had allegedly wanted the legs broken of frequent political adversary, Martin Charron. An investigation followed and Trickey was questioned by police.

Charron was a councillor in Brownsburg-Chatham until 2017 and unsuccessfully ran for mayor in that year’s election, losing to Trickey. During the past four years, Charron has regularly attended council meetings and criticized the actions of the mayor during question period.

Trickey recently received a letter dated June 28 from the SQ. The letter stated that the file had been forwarded to an attorney, who studied it and determined not to pursue criminal proceedings against Trickey because it was impossible to find proof without reasonable doubt that any wrong had been done.

The allegations against Trickey stemmed from Trickey giving $2,000 to Réjean Dunn. The payment was later interpreted as related to the mayor’s alleged comment about wanting to injure Charron. However, Trickey said in an interview with The Review on May 26 that she had loaned the money to Dunn because he needed to pay for car repairs. The mayor said Dunn also did excavation work on her property.

During the investigation, Trickey had delegated all of her responsibilities to Councillor Kévin Maurice, but she did not resign as mayor.

Trickey read the letter from the SQ at the beginning of the July 6 council meeting and expressed relief to have resumed her role as mayor following 45 days away from the job.

As COVID-19 restrictions are removed, municipal meetings in Québec are now open to public attendance. At the July 6 Brownsburg-Chatham council meeting, Charron was present, sitting in the front row across from Trickey, and again commented on various issues during question period.