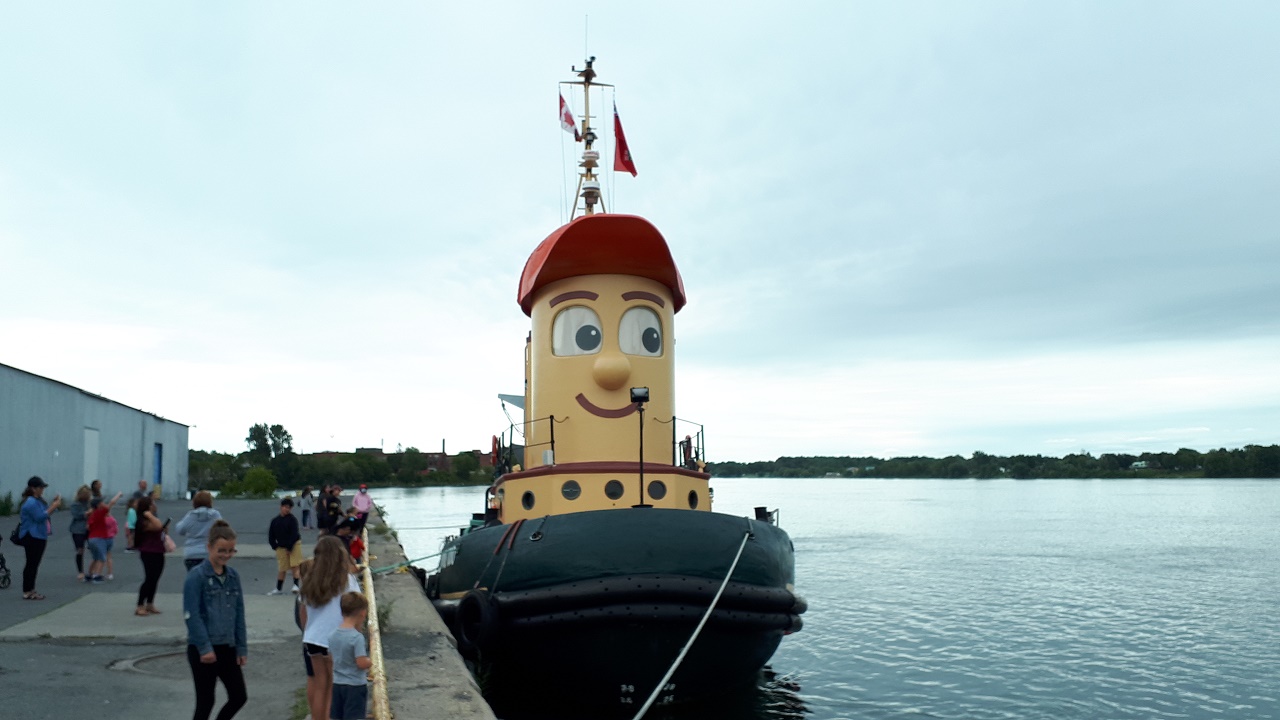 Theodore Tugboat is moving, and he’s been bringing crowds to harbours along the way.

Theodore is a life-size version of the model used as the lead character in the children’s television series that aired on CBC Television from 1993 to 2001. Theodore and his friends lived and worked in the Big Harbour, which on the show was a remarkably accurate scale model of Halifax Harbour. The Harbourmaster host and narrator of Theodore Tugboat was Halifax-born-and-raised Denny Doherty, formerly a member of The Mamas and the Papas.

The popularity of the TV show inspired a real-life Theodore to be built at a shipyard in Dayspring, Nova Scotia, with an accurate face and red cap just like the television model, which is now at the Maritime Museum of the Atlantic in Halifax. From 2000 to 2020, the full-sized Theodore was a popular sight at Halifax Harbour and offered tours. In 2020, the tug’s owners announced they were going to sell Theodore to fulfill a similar tour and educational role on the Great Lakes, based out of Hamilton.

Theodore began his long journey on June 11. Many people in Halifax and Nova Scotia were sad to see the tug leave as it had become almost as much of a symbol as its other seagoing ambassador, the schooner Bluenose II.

The popular tugboat is scheduled to arrive in Hamilton on July 18. He has already visited other ports in Nova Scotia, Prince Edward Island, and Québec before beginning the climb through the St. Lawrence Seaway locks at St. Lambert and Beauharnois.

Theodore was moored at Cornwall Harbour from July 6-8. He was to give Americans a closer look by passing through the Eisenhower and Snell locks, before returning to Canadian waters at the Iroquois locks. Other planned stops on the St. Lawrence River in Ontario include Prescott, Brockville, and Kingston before Theodore enters Lake Ontario.

Engineer and deckhand Laurie Simm is the man who has been keeping Theodore in good mechanical shape on the long journey. Simm has worked on ships since 1978 and was excited to be hired for the unique excursion. He was looking forward to another trip from the Atlantic Ocean, up the St. Lawrence, and through the seaway into the Great Lakes.

“I enjoyed the trip,” said Simm, who comes from the village of Florence on Nova Scotia’s Cape Breton Island.

Once Theodore is delivered to the new owners in Hamilton, Simm gets a free flight home to Nova Scotia that will be much faster than the five-week journey aboard the tug.

On Wednesday, July 7, curious visitors of all ages were parking their cars or walking to the wharf at Cornwall Harbour to see the famous tugboat. Younger children were amused by the smiling tugboat wearing a red cap, while young adults, parents, and grandparents remembered seeing Theodore on television.

The cheerful tugboat has attracted a lot of attention among pandemic-weary Canadians on its voyage from Halifax to its new freshwater home, where Theodore will become a familiar part of another big harbour.

“He’ll make new friends once he gets to Hamilton,” said Simm. 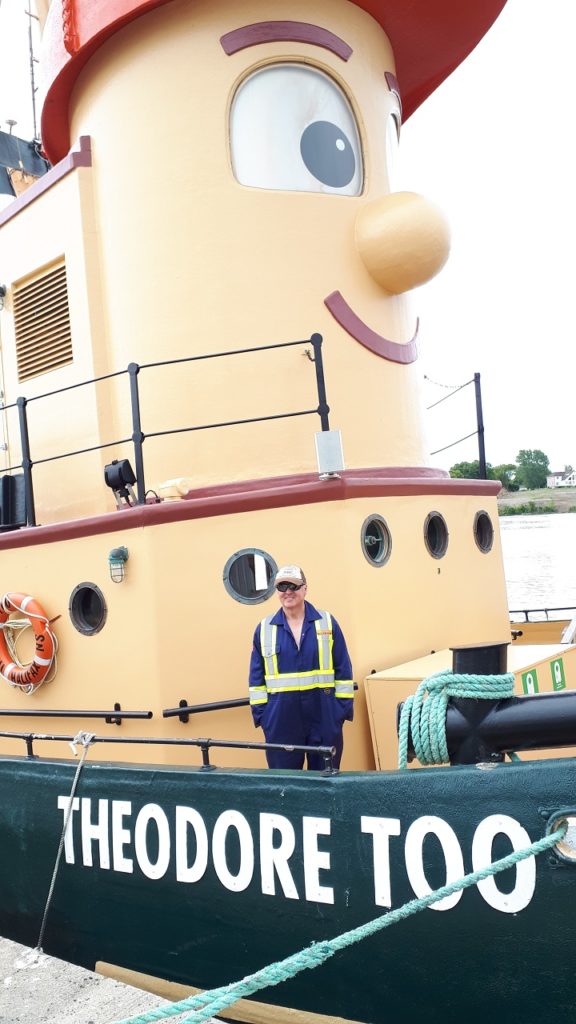