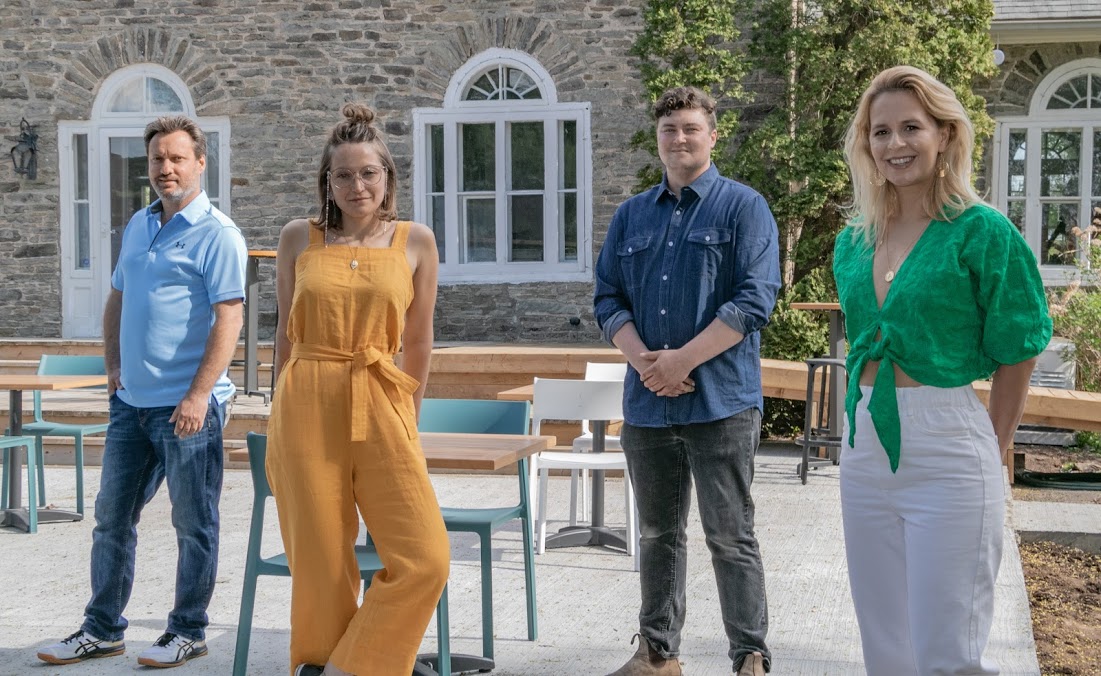 L’Orignal’s historic Riverest restaurant and waterfront destination will open to the public on Wednesday June 23, with hands-on training scheduled for this coming weekend to ensure all hands are on deck when the outdoor patio officially opens.

“We have a young staff but, as excited as they are and as excited as we are, we want to make sure we are ready,” said André Chabot, co-owner of Riverest along with his partner Alexandra Quester.

The owners have invited the staff from Chabot’s company Chabo Communications and Design for a special test run this Friday. In separate sittings over the coming weekend, the patio will also host the families of Riverest staff to give them a chance to support and see their relatives in action, and members of the L’Orignal Marina, which is part of the Riverest complex.

“They’re going to come and dine, but at the same time they’re going to be the first to help us train our staff,” Chabot said, noting all COVID-19 public health safety guidelines will be followed and everything will be set up as it will be when the site is officially open. “They’re going to arrive as customers and the staff is going to serve them and go through the full menu.”

After the weekend’s training sessions are done, management and staff of the restaurant will be ready to open up to the public on Wednesday, June 23.

“Why are we opening on a Wednesday? We want to allow our staff a couple of days to after the test run on the weekend,” Chabot explained. “By the Friday it should be really busy and our staff should be geared up.”

Chabot described the June 23 as a “soft launch”, which will continue until public health measures allow the inside of the building to be open for diners.

“Once the government allows the opening of the inside of the restaurant then we’ll focus on a grand opening,” he said.

With the opening of the marina, Chabot and Quester have been receiving compliments from boaters and L’Orignal residents, who have stopped by the site on the village’s waterfront to see what is going on. The excitement from the community and the waterfront destination’s impending opening to the public are an exciting time for the owners.

“We’ve got good people, we’re getting tremendous support from the community,” Chabot said. “The expectations are very high for Riverest – we feel it, we know it, we’re all on board with it – we don’t want to disappoint.”

“The overwhelming compliments we’re getting, from people at the marina – it’s very exciting.”

Booking for reservations at Riverest will also be available beginning on June 23. Visitors can also stop by for food and drink at the restaurant anytime.

“We don’t want people to think it’s reservations only – drop ins will be welcome as well,” Chabot emphasized. “We will be taking reservations and on the inside there is limited space, but we have lots of room outside.”

Riverest will also offer pre-made meals for people to cook at home, as well as a take-out menu for the restaurant’s dishes.

Chabot and Quester purchased the Riverest bi-centennial stone house, along with an adjoining property, with an eye to developing it and the existing L’Orignal Marina into a tourism centre in the village. The bi-centennial stone home – built by the Marston family in 1833 – is located on top of the hill at the end of Wharf Street, in the heart of downtown L’Orignal, and provides breathtaking views of the L’Orignal marina, the Ottawa River, La Rouge beach and the Laurentian Mountains. The L’Orignal Marina, is also being managed by Riverest Inc. under a five-year leasing agreement with the Champlain Township.