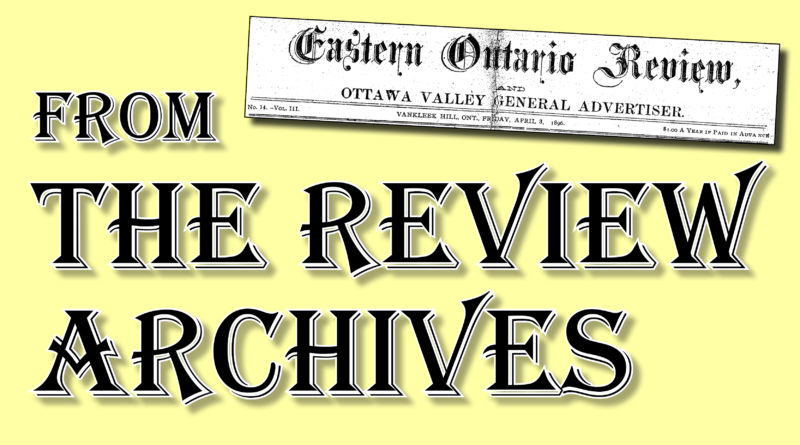 10 Years ago
Outbreak may be due to virus – Roumeliotis
The Review, June 15, 2011 – ALEXANDRIA – There may be an explanation as to why hundreds of people became ill after attending the recent Glengarry Celtic Music Hall of Fame dinner. Dr. Paul Roumeliotis, medical officer of health with the Eastern Ontario Health Unit, said while the cause of the illness is still unknown, tests of the premises and food served at the dinner reveal the sickness was not the result of e.coli or food poisoning. 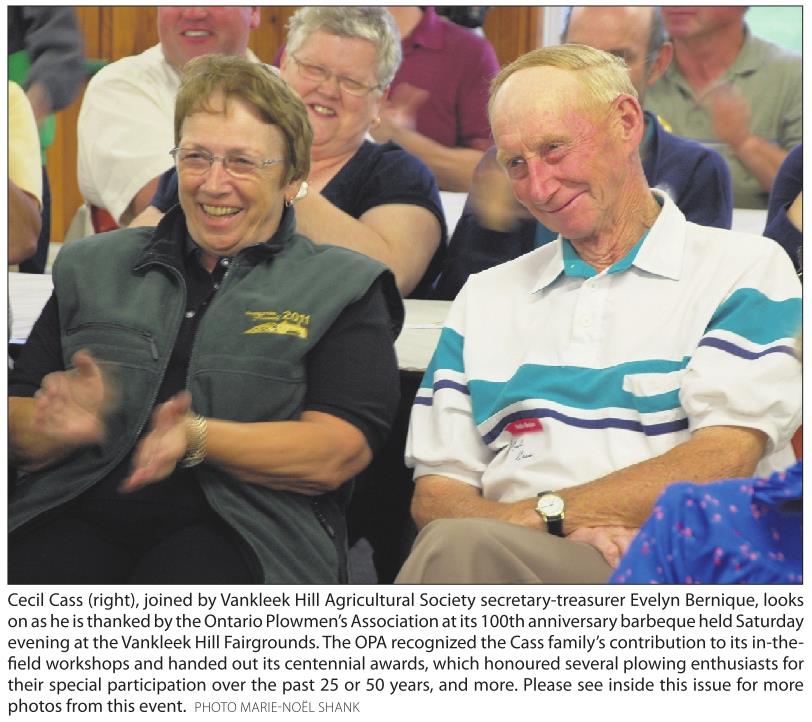 Photo and caption reprinted from the June 15, 2011, edition of The Review.

25 Years Ago
Blue box scavenging an issue
The Review, June 12, 1996 – HAWKESBURY – The Hawkesbury Regional Board of Waste is considering the appointment of two bylaw enforcement officers to curtail the blue box scavenging in the six participating municipalities. Chuck Charlebois and René Jeaurond of the Recyclage Alexandria Recycling Equipe would perform this duty at no charge. “The scavengers wouldn’t be hard to find; we already know who the main ones are,” said waste management study coordinator Doris Dumas.

50 Years Ago
Prescott County Public School officially open
The Review, June 16, 1971 – PLEASANT CORNERS – About 600 people were in attendance for the official opening of the Prescott County Public School on Saturday, June 12, in the auditorium of the new school. Mr. Wendall Stanley welcomed the guests and said with the opening of the new school, the Prescott-Russell Board of Education now has education facilities ranking with the best in Ontario. The meeting was opened by the singing of ‘O Canada’ by the school choir under the direction of Mrs. McLeod.

75 Years Ago
Two local boys graduate at Kemptville
The Review, June 13, 1946 -VANKLEEK HILL – Two young men of Vankleek Hill, D. McPhee and B. Lefaivre were among the graduates of the largest class in the history of the Kemptville Agricultural School. J. B. Lalonde of Cumberland was another from the county who graduated.

100 Years Ago
Young men who stole cheese confess
The Review, June 17, 1921 – CLAY HILL – Six young men from Hawkesbury went to fish at Pointe Fortune last week and on their return home stopped at Marston’s cheese factory at Clay Hill, where three of them lifted a window and took out an 80-pound cheese, which they enjoyed. But while they were at the factory, Mr. Dandy of Chute-a-Blondeau happened to pass them and thinking all was not right, took down the license number of the car. The six of them were arrested, owned up to everything and gave back the remaining part of the cheese.

125 Years Ago
Farmers’ Institute meeting held
The Review, June 12, 1896 – VANKLEEK HILL – The annual meeting of the County of Prescott Farmers’ Institute was held in the Town Hall here on Tuesday. The meeting was not large, no doubt owing to the weather being somewhat unfavourable and the apparent unrest within the political arena at present had its effect.

The best mattresses made in Canada