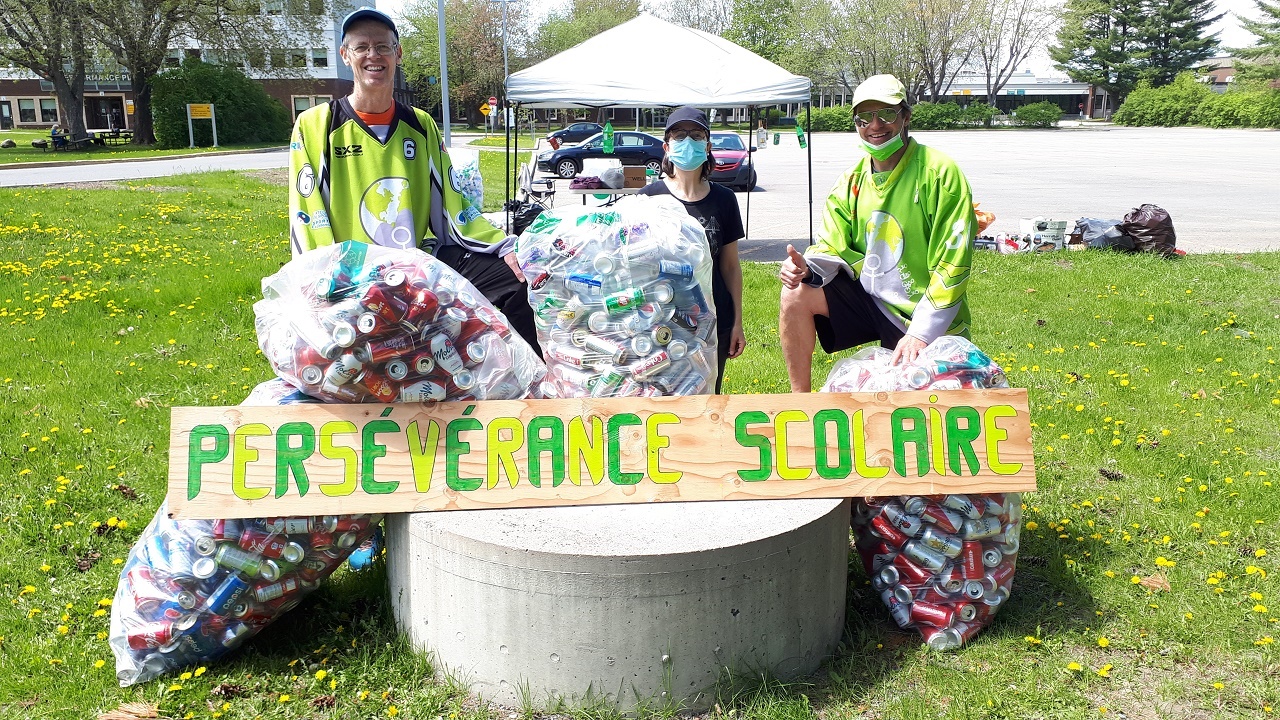 On May 15, the Steve O’Brien Foundation held a bottle and can drive to raise money for its programming to encourage youth to stay in school. The depot in Lachute was at the parking lot of Laurentian Regional High School and Polyvalente Lavigne. From left to right are, volunteers Pastor Greg Barr of Église Évangélique de Lachute, Polyvalente Lavigne guidance counsellor Vicki Labelle, and Steve O’Brien. Photo: James Morgan

Steve O’Brien is on a mission to help young people persevere and realize their dreams and goals.

The Lachute resident and internationally recognized relay track athlete is raising funds through the Steve O’Brien Foundation to help kids stay in school and graduate.

To raise the funds, the foundation has been holding drives to collect cans and bottles, which are returned for the deposit money. Drop-off depots have been held in various communities across Argenteuil in recent weeks, where cars pulled up and volunteers unloaded the empties.

On May 15, a return depot was set up outside Laurentian Regional High School and Polyvalente Lavigne in Lachute. According to volunteer Vicki Labelle, who is also a guidance counsellor at Polyvalente Lavigne, there were 25 volunteers participating that day

O’Brien has had a heart for youth and community his whole life. His athletic talent in track was apparent early on in school, and by his early 20s, he was competing both nationally and internationally. O’Brien qualified for the 1992 Olympics in Barcelona, Spain, however an injury prevented him from competing. In 2009, he was able to carry the Olympic Torch when it passed through Lachute on its way to the 2010 winter games in Vancouver. Suggestions from others were what led to the formation of the Steve O’Brien Foundation in 2010.

In 2012, O’Brien began five challenges to raise funds for his foundation. In 2015, he crossed Canada by foot and various other modes of personal, non-motorized transportation, including a pogo stick! He has also made it to the top of Mount Kilimanjaro in Africa, and Machu Pichu in Peru, as fundraisers for the foundation. His two remaining challenges are to cross the Great Wall of China and to climb Mount Everest.