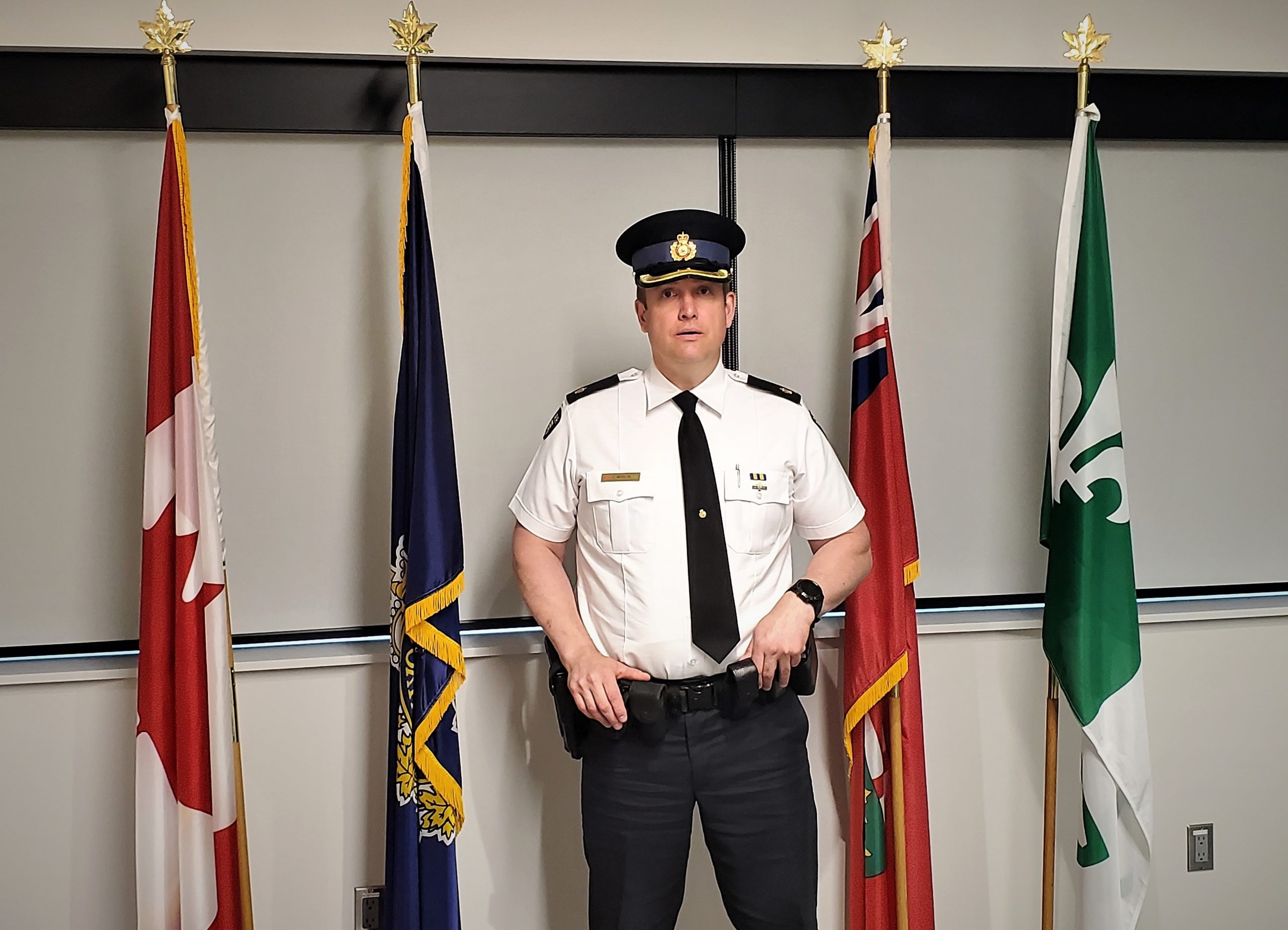 Inspector Chris McGillis has been named as the Commander of the Hawkesbury OPP Detachment.

McGillis commenced his policing career with the Ontario Provincial Police in 1992. He worked in a variety of roles including Uniform General duties at Kanata Municipal Detachment, East Region Emergency Response Team, Investigations Support Bureau attached to the Ontario Illegal Gaming Enforcement Unit (OIGEU), Ottawa Traffic Detachment, and the Canine Unit – serving as the Hawkesbury Detachment Canine Handler for a period of 11 years.

In 2019, McGillis was assigned to the Provincial Operations Intelligence Bureau (POIB) and seconded back to RCMP’s Integrated National Security Enforcement Team (INSET) as the Detective Inspector in the role as the Officer in Charge (OIC) of Operations/Investigations. Following his role within INSET, Inspector McGillis was assigned to his present role as the new Detachment Commander for Hawkesbury Detachment.