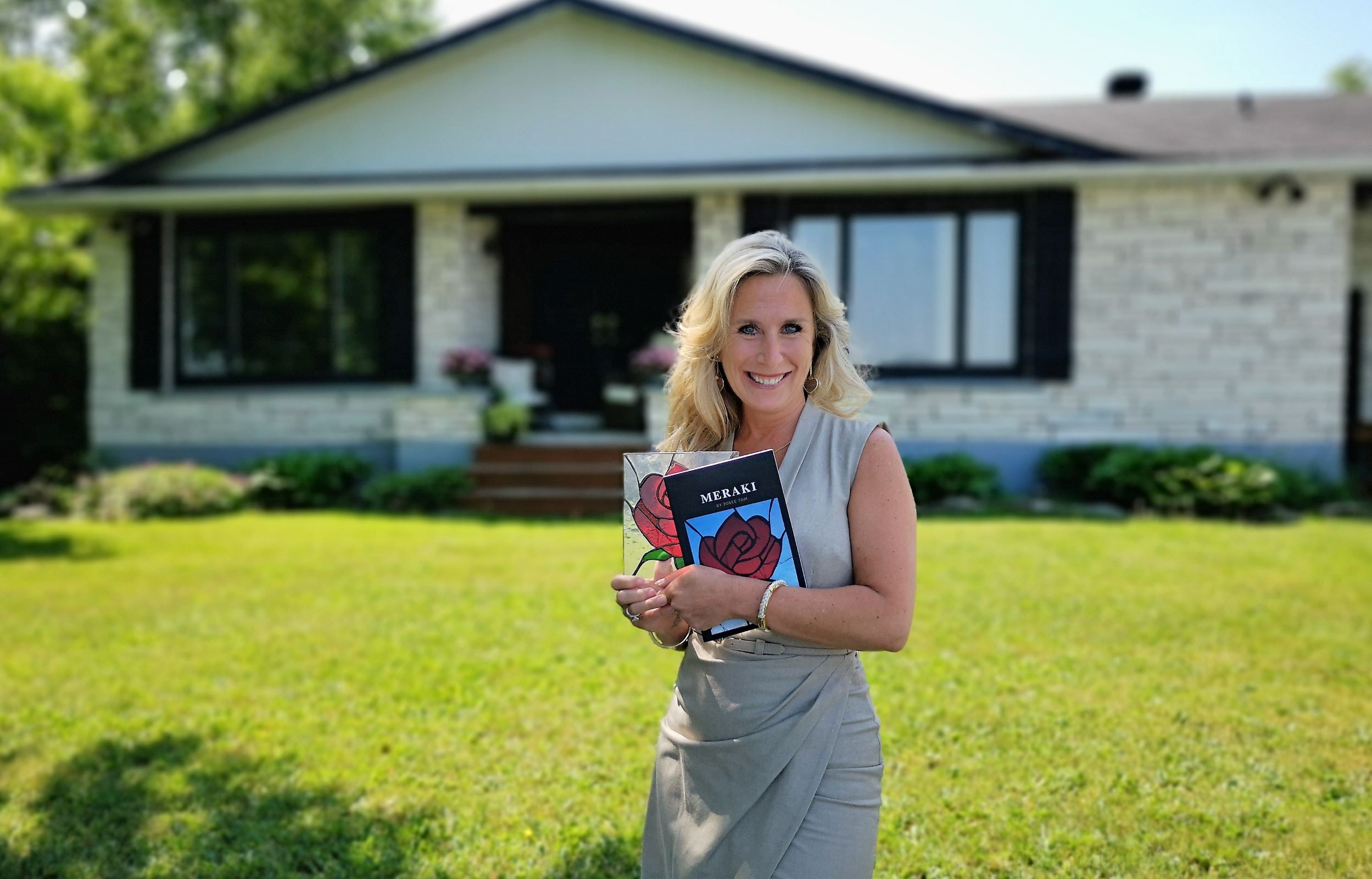 Author Josee Tom holds the only item she kept that belonged to her mother, as she stands in front of the home where she lived with her grandmother. The stained-glass piece is used as the cover artwork on Tom’s second book ‘Meraki’. Photo by Reid Masson

As in her first autobiographical work, Josee Tom is baring her soul in her second book ‘Meraki’, which has just been released on Amazon.

“Everyone has a story and they keep editing out the parts that are too difficult to voice,” says the St-Bernardin author. “My suggestion to everyone is to go there and remove the power it has over you.”

‘Meraki’ relates the story of Tom’s continuing journey in life, business and world travel – picking up where her first book, 2019’s ‘The Running Girl’ left off – and bringing her story up to the present day.

As in her first work, the author is open about the multiple tragedies in her family, including the suicides of her father, mother and brother, and the untimely death of her best friend. The book also presents many other interpersonal relationships in Tom’s life without any filters. There are eye-opening passages contained in the work, which will at times come as a bit of a shock – particularly to readers from this region – but the author notes her writing is aimed at people all over the world.

Tom says her first two books were written to allow readers to get to know her and both are about expressing your truth.

“I found there’s power in my voice, which I didn’t know – it’s something I was repressing,” Tom says. “I always kept my head down and I worked and I did what I needed to do.”

She hopes that sharing her stories will allow others to identify similar issues in their own lives.

“If you can share your experience with people, or they can identify with something, it can help them untangle the web that is keeping them from expanding,” Tom says. “They might say this is happening to me too right now. Maybe there’s a way out of this.”

“There’s people who are trapped in their own (crap), and they can’t get out because they can’t understand that they are unfortunately creating it themselves.”

‘Meraki’ and its predecessor ‘The Running Girl’ were written as the first steps in Tom’s new career. The former owner of Pottery Lane Imports in Vankleek Hill – whose writing also touches on her trips to Thailand and other parts of the world – is working towards opening her own wellness-travel company.

“In my third book, I will focus more on the travel portion of my experience,” explains Tom, who has obtained her license to become a travel agent/tour operator and will be doing wellness travel packages all over the world.

The author is also looking to teach business classes, and has been accepted to the University of Ottawa’s International Management program at the university’s Telfer school of business. Tom discovered her love for teaching while in Thailand, where she lectured on international business strategies at Thammasat University.

“I did not know I was a teacher,” relates Tom, of work at the Thailand school. “And I did not know that I enjoyed teaching as much as I did.”

She plans to combine her teaching, travel and wellness careers into one after graduation.

“January, February and March, I don’t intend to spend in Canada,” Tom explains. “That semester I would prefer not to teach, but I will travel with groups to destinations with the intention of also doing some teaching (abroad).”

Some of the travel groups will be wellness groups or people looking for personal growth. “I can take them to places where they can start the process,” Tom says.

Personal growth is an ongoing journey says Tom, who continues to learn from life.

“These are all life lessons,” she notes. “And do you know how much I hate it whenever I am faced with another one? I’m like ‘how could I possibly be creating this’?”

Meraki is available on at Amazon books in both print and Kindle versions here. 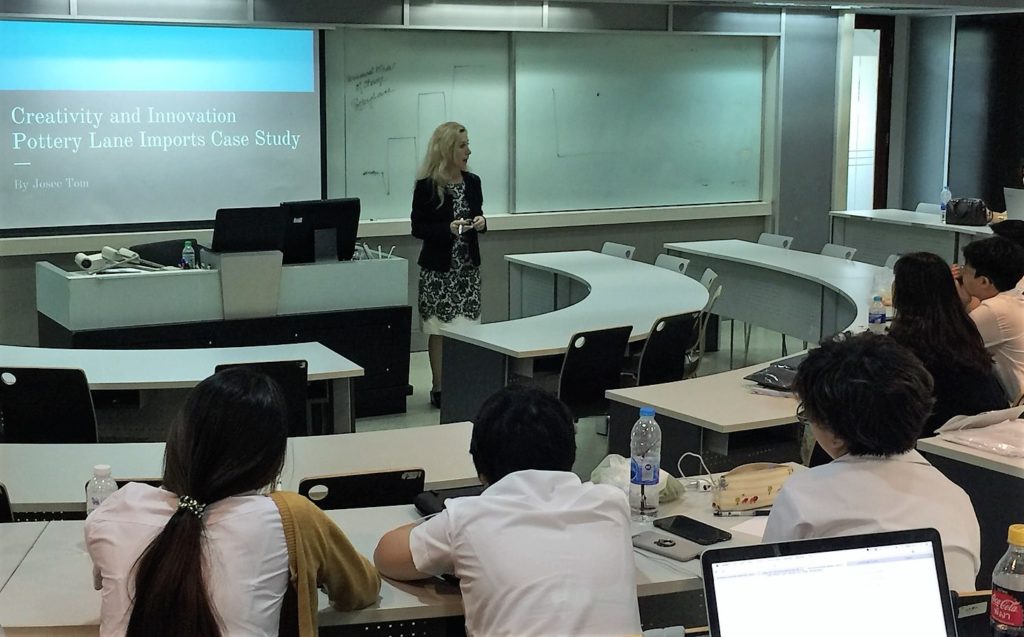 Josee Tom conducts a seminar at Thammasat University in Thailand. The former owner of Pottery Lane Imports in Vankleek Hill will start school in the fall after being accepted into the University of Ottawa’s International Management program.