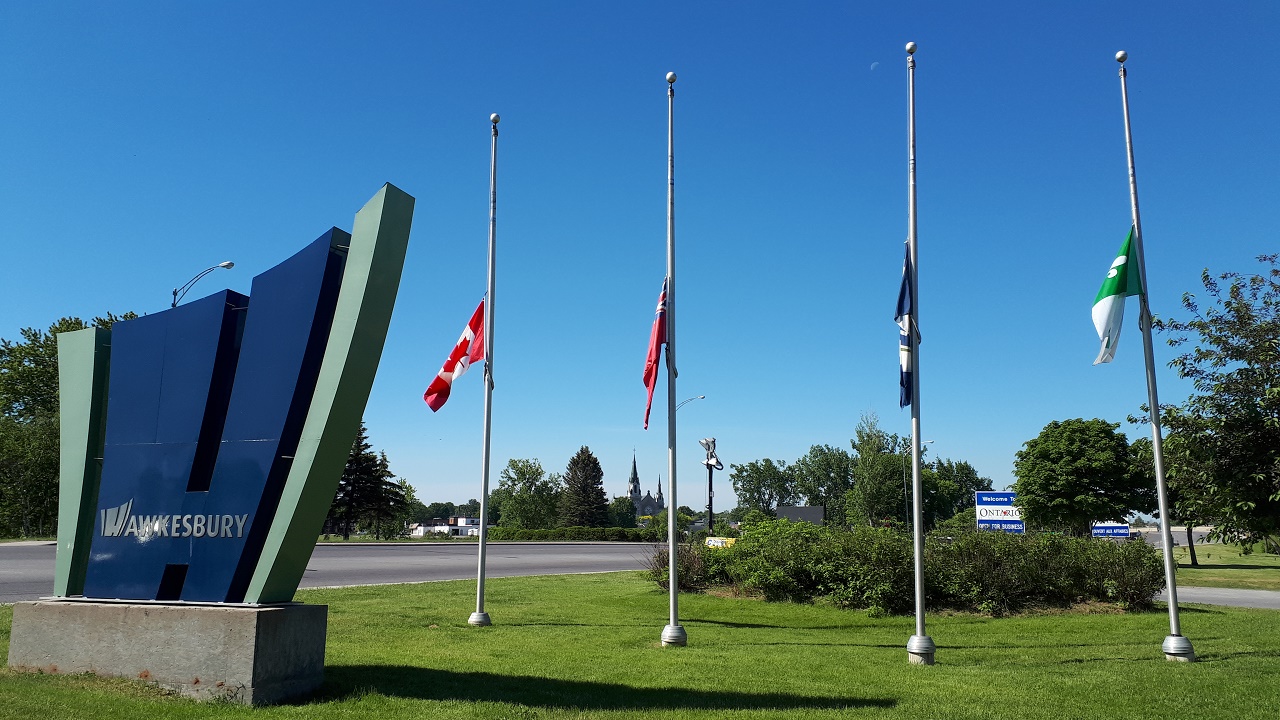 Flags at half-mast at Le Chenail-Confederation Park in Hawkesbury in honour of the 215 unmarked graves discovered at a former indigenous residential school site in Kamloops, British Columbia. Photo: James Morgan

The reaction across Canada has been dramatic to the discovery of the unmarked graves of 215 children at a former indigenous residential school site in Kamloops, British Columbia. Locally, some communities are reacting to the sad discovery and are lowering flags in front of public buildings to half-mast in memory of the children.

As of Wednesday, June 2, flags had been lowered to half-mast at municipal properties and public buildings in Hawkesbury, Champlain Township, La Nation, the United Counties of Prescott and Russell, North Glengarry, and the United Counties of Stormont, Dundas, and Glengarry. In Québec, flags had been lowered to half-mast in Brownsburg-Chatham and Grenville-sur-la-Rouge.

The flags in most locations will remain at half-mast until June 8. However, in Champlain Township, the decision was made to have the flags at half-mast for 215 hours–representing one hour for each child buried at the Kamloops site.

“On behalf of the Township of Champlain, we would like to extend our deepest sympathy and condolences to all of our First Nations community members across the country. We stand with you to mourn the loss of the 215 innocent children. Together, our thoughts are with the indigenous peoples. Every child matters,” said Mayor Normand Riopel in a statement issued by the township.

Flags have also been lowered to half-mast outside federal government buildings and facilities across Canada.