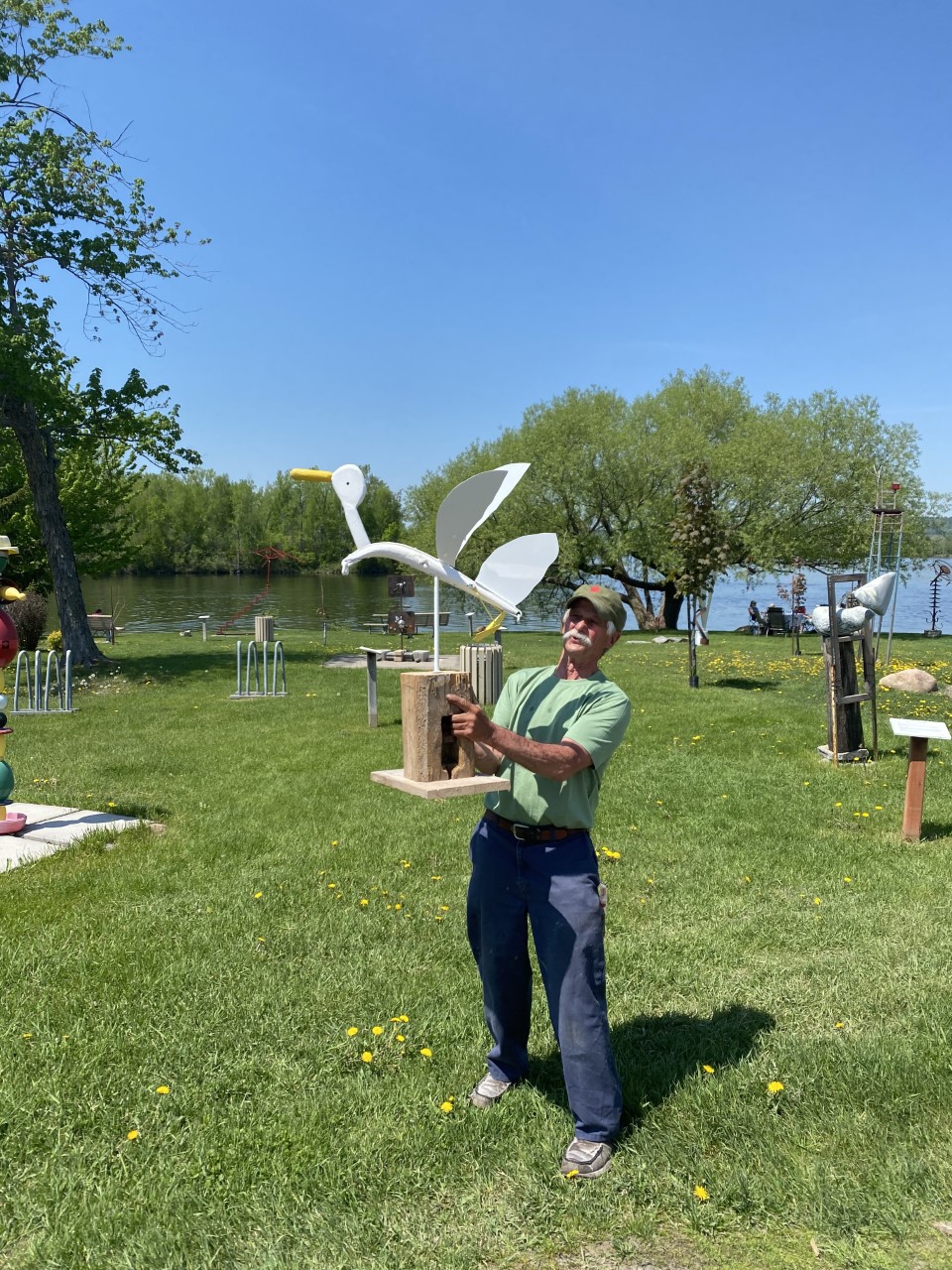 The Chenail Cultural Centre in Hawkesbury plans to reopen to the public on June 15 and has released the schedule for its 2021-2022 artistic season under the theme ‘Culture, A Balm For Humanity’.

Under the guidance of Artistic Director Lynda Clouette-Mackay, the 46th artistic season looks at the works that define an industry. As part of its 46th artistic season, the Centre culturel Le Chenail defies the daily grind of the pandemic and offers you a new season in respect of the artists involved in the creation and dissemination process since the beginning of the global pandemic.

The world-renowned artists in this season will take attendees on an imaginary journey through the seasons and continents.  A total of 83 artists in the program will showcase theatre, storytelling, film, classical orchestra, world music, traditional music, jazz, visual art exhibition, sculpture, puppets and workshops.

The programming is open to multiple disciplines. Support for creation and contemporary writing is a major concern for staff at the Chenail, which they are expressing by a strong desire for collaboration in the upcoming season.

The 2021-2022 season kicked off on April 21 with Le Chenail’s first virtual event, celebrating Canadian Film Day with Ontario filmmaker Atom Egoyan’s ‘Souviens-toi’, starring Christopher Plummer. The showing was followed by Cédric Landry’s ‘Les Contes Métrages’, a simple yet elegant theatre production, and finally a virtual visit to the McCord Museum in Montreal to discover the career of cartoonist CHAPLEAU.

For 2021, The Chenail is offering the sixth edition of the Festival des petits sourires, in collaboration with the Festival petits bonheurs de Montréal. The Chenail is inviting the public to come and see its shows and participate in many activities during the two days of a festival for the whole family. Highlights include an introductory Balafon workshop with musician Amadou Daou, or a Flamenco dance workshop with Vankleek Hill choreographer Georgia Pettit. Contemporary puppet theatre awaits you in the performance of ‘Les bois dormants’ by artist Julie Desrosiers and the world premiere of ‘La Petite fille aux oiseaux’, a shadow puppet theatre by the company Théâtre à l’envers, which will be created and presented at The Chenail’s festival in November.

A number of other performances are sheduled at The Chenail Cultural Centre throughout the summer.

On September 19, 2021, the Sinfonia de l’Ouest will play a benefit concert at St. Peter the Apostle Church. A 19-piece orchestra led by conductor Stewart Grant, the Sinfonia de l’Ouest is a dynamic new chamber orchestra from the West Island of Montreal. Their mission is to present high quality performances of classical and contemporary music to the general public, with classical pieces by Vivaldi, Mozart, and Handel.

In late autumn, The Chenail will celebrate the Journée de la Francophonie in Ontario, with Alex Bay covering songs by Jean-Pierre Ferland. On October 29 at 7:30 p.m., a magnificent show will be presented with the recent compositions and original works of Florent Vollant, a great Innu musician. Jean-François Léger will present his show 50 ans de Bossa Nova on November 20.

On January 22, 2022, The Chenail will present the jazz show with the Blair Mackay Quartet and Sonja Ball.   In honour of Black History Month, Februrary 26, 2022 will feature a show by Zal Sissokho, KORA FLAMENCA, an introduction to the Senegalese harp and the flamenco guitar from Spain. A mixture of cultures for a mixture of senses.

In October, the Chenail will present a performance of ‘La mémoire de l’oubli’, a reading with 6 actors and Éric Charlebois, a Canadian poet from Hawkesbury. La mémoire de l’oubli is about a young pianist who loses her memory during a concert in Paris attended by her father, whom she has not seen since childhood. Also on the program is Jack, a virtual play about the life of Jack Kerouac, a famous American writer with Canadian roots. This play is presented in collaboration with Réseau Ontario and Théâtre Nouvel Ontario in Sudbury.

Other events scheduled include a reading of a Canadian francophone classic, ‘La Passion de Narcisse Mondoux’, written by Gratien Gélinas, under the artistic direction of Gérard Malo, a citizen of our community, and a third reading of a literary creation by Bertin Savard, an actor and member of the UDA, will feature the world premiere of an original text, ‘Ma Mère, ma Sœur et Moi.

The work of graffiti artist Mique Michelle, a Franco-Ontarian who advocates the abolition of negative perceptions of graffiti and urban art, is on display until June 27, 2021.

Other exhibitions planned include Benoît Perrault, a contemporary artist from Hawkesbury, and Daniel Gautier, a painter and engraver from Hudson, originally from the Magdalen Islands. Leo Schimanszky will honour The Chenail with his works on canvas, bronze sculptures, and works on paper on the misery of the world.  Visitors can contemplate the four sculptures that have been outside for a year now, coming from the Montreal Museum of Fine Arts and in collaboration with the Conseil des arts et de la culture de Vaudreuil-Soulanges.

The Heritage Exhibition will be on site from July 1 to September 5 to celebrate the rich history of the lost village of Hawkesbury on Chenail Island. An addition to this exhibition; Handbags from 1860 to 1980, Hermance Chaumont’s unique handbag collection.

The Fine Arts Marketplace returns from December 4, 2021 to January 2, 2022 with 10 artists from the region exhibiting their work.