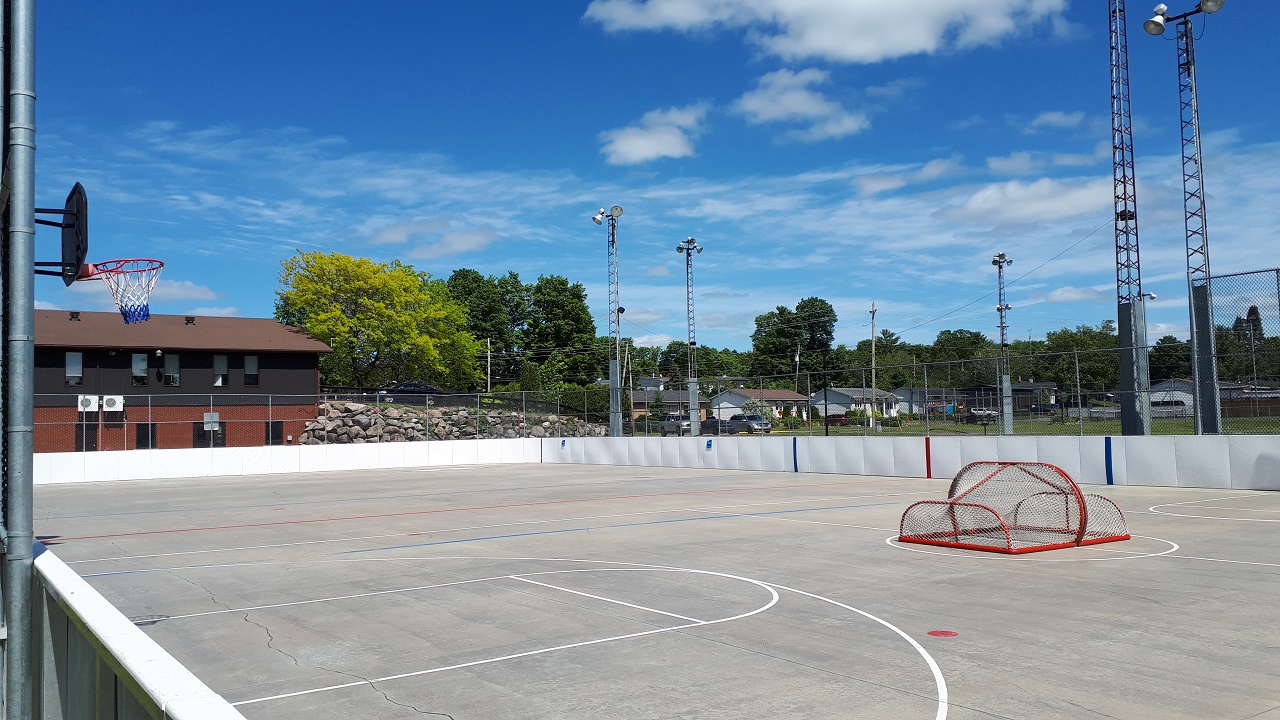 A roof will be built over the outdoor rink in Grenville. Photo: James Morgan

New roofs for outdoor rinks in Brownsburg and Grenville, along with upgrades to facilities in Lachute and Grenville-sur-la Rouge, have been announced as part of more than $2.5 million in funds being provided to upgrade recreational facilities in Argenteuil.

The federal and Québec governments are contributing a total of $2,592,146 for improvements at six different recreational facilities across the MRC d’Argenteuil – each contributing 50 per cent of the funding for the projects. The announcement was made on May 20 by Argenteuil Member of the National Assembly Agnès Grondin.

The funding is destined for facilities that promote active, healthy, and inclusive lifestyles.

The largest amount of the funding – $1,386,946 in total – is going to the town of Brownsburg-Chatham. The town will be able to proceed with plans to reconfigure Arena Gilles-Lupien into an outdoor rink with a roof, using $655,952 each from the federal government and Québec for a total of $1,311,904.

The funds to upgrade Arena Gilles-Lupien arrive in the nick of time, as the existing arena facility has reached the end of its life and requires replacement. Brownsburg-Chatham plans to begin the reconfiguration of the current arena into a covered rink sometime in 2022.

Tennis courts in Brownsburg-Chatham will also be upgraded, with a new drainage system and repairs to the playing surface. Québec and the federal government are each contributing $37,521, or $75,042 in total for the improvements to the tennis courts.

The Club de gymnastique Barany de Lachute requires a new roof on its rue Durocher facility. The existing roof had become dangerous and was potentially jeopardizing the operations of the gymnastics club. Québec and the federal government are granting $230,191 (115,477.50 each) to the club for the new roof.

The baseball fields at Parc Richelieu in Lachute will be redeveloped. The town of Lachute is receiving $122,875 or $61,437.50 each from the Canadian and Québec governments for the upgrades.

The village of Grenville is receiving $540,191 or $270,095.50 from each level of government to build a roof and install an LED lighting system over the outdoor ice rink at Parc Normand-Woodbury.

Grenville-sur-la-Rouge is also receiving funding to build a roof over its outdoor rink. The federal government, and the Québec government are each contributing $155,971.50 for a total of $311,943 for the project.