Campaign promotes awareness and prevention of domestic violence in Argenteuil 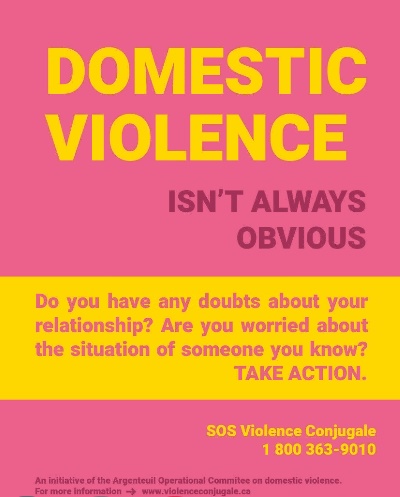 One of the English messages from the domestic violence awareness and prevention campaign in Argenteuil. Submitted

The campaign is the result of organizations and institutions in the community partnering to raise awareness of what is described as a growing problem.

Messages involving the perspective of victims, aggressors, and witnesses are being used through four messages accompanied by contact information for SOS Violence Conjugal or Accroc, an organization which helps men and adolescents with violent behaviour.

The messages are being displayed on approximately 20 signs across the nine MRC d’Argenteuil municipalities. The campaign includes a broadcast and digital component with messages in English.

Efforts have been made to ensure the campaign includes English speaking residents of Argenteuil. Services for prevention and victim assistance involving domestic violence are also available in English across the region.

“It was very important at these talks from the start that these resources be accessible to the Anglophone community,” said committee member Mélanie Bujold of the Sir Wilfrid Laurier School Board. 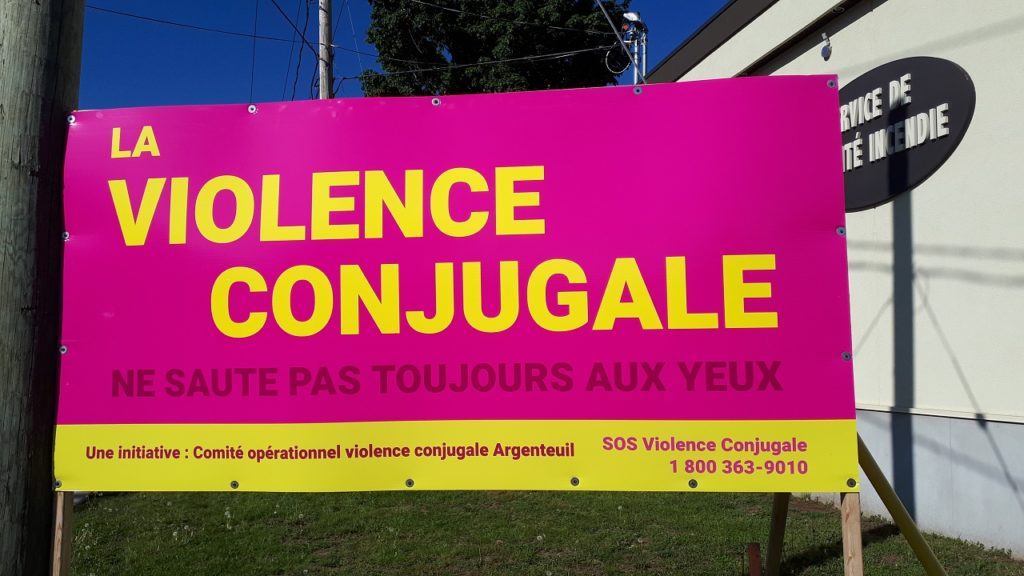