No sanctions in integrity investigation of Hawkesbury councillor, debate over CAO selection committee 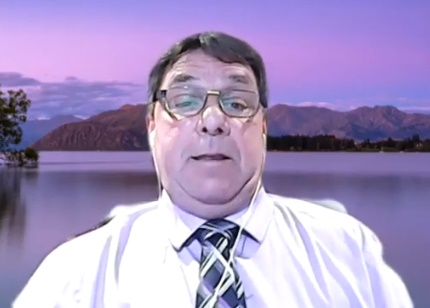 An integrity commissioner’s report led to no official sanctions, and a debate over the selection process for the Chief Administrative Officer (CAO) when Hawkesbury town council met on May 10.

Councillor Yves Paquette has been found in violation of the municipal Code of Ethics and the Municipal Act.

On March 11, Integrity Commissioner Jean-Jacques Lacombe received a complaint from an unnamed individual which stated Paquette had behaved in a harassing manner toward the individual. Such behaviour is in violation of the municipal Code of Ethics. The complaint also alleged that he had interfered in the work of the CAO selection committee in violation of the Municipal Act, and that Paquette had questioned the impartiality of the committee in a way which contravened the Code of Ethics.

According to Lacombe’s report, the complainant based the allegations of harassment on an email which Paquette sent to all council members on February 14, and from discussions at a closed session council meeting on March 19. Lacombe explained that even though the March 19 meeting occurred after the complaint was filed, he decided it was still reliable and admissible evidence for his investigation.

Upon examination of the email, Lacombe determined its content constituted a “state of harassment” on the part of Paquette. The report notes Paquette also questioned the motives of the complainant.

At the March 19 closed session council meeting, the town’s legal counsel was present and seeking direction on a matter. Lacombe’s report states Paquette made a “fiery plea.” When later asked if he had further comments, Paquette said he preferred to take a pause because he was losing his temper. He then took the floor again and explained what he believed to be the source of a problem being discussed, which Lacombe described as “with his usual speaking out, in an aggressive and accusatory tone,” before accusing the complainant of being partly responsible for the problem council was addressing.

Lacombe stated that in viewing the video of the closed session, the complainant displayed some “mocking smiles” which seemed to incite Paquette further, leading him to accuse and name the complainant personally.

Lacombe said both individuals showed a lack of respect for each other, but on different levels, and Paquette should not have used an aggressive and accusatory tone with the complainant.

On January 11, council established a nomination committee to oversee the hiring of a new CAO. Mayor Paula Assaly and Councillors Lawrence Bogue and Robert Lefebvre were members of the committee but Assaly left the committee due to a conflict of interest and selected Councillor Antonios Tsourounakis to replace her.

Marie-Claude Morin, of human resources firm Alternative RH, managed the process of seeking candidates, but very few applications were received. The committee began considering using a corporate ‘headhunter’ to seek a new CAO. Council had not given its consent to use a headhunter’s service and Paquette objected by contacting Morin and all members of council by email, requesting to see all emails associated with the committee and items discussed at its previous meeting.

Council did eventually meet and decided to take over the process of hiring a new CAO, which ultimately resulted in the appointment of Dominique Dussault to the position.

As sanctions, Lacombe recommended Paquette apologize to the complainant, and for his actions against the committee, and that council reprimand him for two separate violations of the Code of Ethics.

Paquette read an apology to council for his behaviour and attempted to explain the reason for his actions. He said he inquired about the CAO selection process because he had questions about partiality.

He said his intentions were not meant to be interpreted negatively and said he highly values transparency and honesty.

Tsourounakis moved that council adopt the sanctions Lacombe had recommended against Paquette, but no councillor would second the motion, so they were not adopted.

Lefebvre asked about Assaly appointing Tsourounakis as her replacement on the committee.

“Mr. Tsourounakis was not appointed by council, but by the mayor,” said Lefebvre.

He said that in 2012, council did appoint a replacement for then-Mayor René Berthiaume on a similar committee.

Lacombe said the circumstances of Tsourounakis’ selection was not brought to his attention.

“It is not pertinent in the determination of the consequences for Mr. Paquette,” he told council.

Paquette and Assaly began to argue.

“I’m going to represent the people of Hawkesbury!” Paquette exclaimed, alleging there was a secret manoeuvre to affect the activity of the committee.

“There was no secret move,” Assaly told him.

“Yes, I was in a conflict of interest, and yes, I asked Mr. Tsourounakis to replace me,” she said, adding she did not appreciate his accusation of a secret manoeuvre.

Even though council did not adopt the sanctions against Paquette, he told The Review in a separate conversation that he followed the recommendations himself.

“I did what Mr. Lacombe asked me to do just the same,” he said.

Paquette insisted he was not attempting to interfere with the activities of the committee and was concerned that the committee was doing things without council’s consent.

“I did what I had to do to be transparent to the Town of Hawkesbury,” said Paquette.