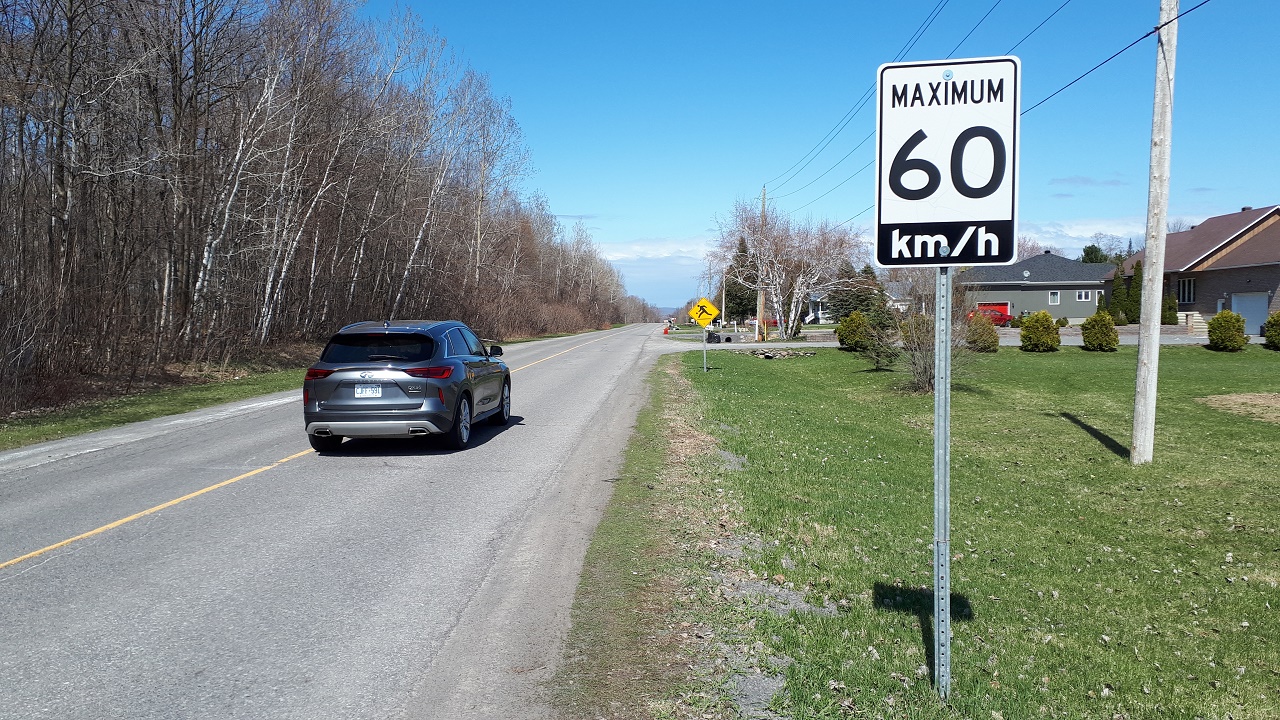 The speed limit on Golf Club Road in East Hawkesbury is being reduced to 50 km/h. Photo: James Morgan

Slow down on Golf Club Road in East Hawkesbury!

A resident had written a letter to the township requesting an electronic speed radar sign be installed, but council instead decided to reduce the speed limit.

In addition to providing access to the Hawkesbury Golf Club, Golf Club Road is a popular connecting route, which passes through a residential area.

According to East Hawkesbury Chief Administrative Officer Luc Lalonde, work is gradually progressing on the $130,000 project to replace the heating system at the Centre d’Action community centre in Sainte-Anne-de Prescott.

Lalonde told council that $25,000 is currently being spent on having an installation plan developed for the new system.

Previously, $6,000 had been spent on having a contractor perform the engineering services for the project.