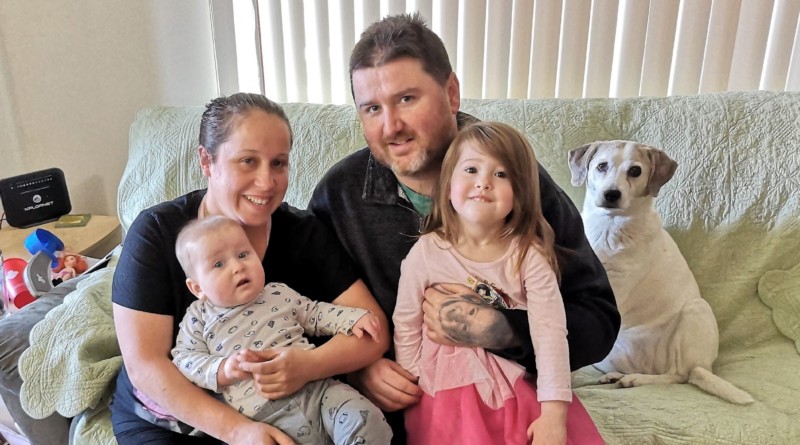 The Champlain Library was one of the first things Shannon and Shawn Bale discovered when they moved to L’Orignal last summer. Photo by Reid Masson

Users of the Champlain Library are speaking out about its value to the community, after Champlain council voted to approve ongoing repairs to the aging structure.

Shannon Bale and her husband Shawn are the parents of two young children aged 6 months and three-years-old. The family just moved from Prescott to the area in July 2020 – at the height of the COVID-19 pandemic – and as such have not had the chance to experience everything Champlain has to offer. The library, which the young mother uses as an educational tool and entertainment for her growing family, is one part of the township which has made a huge impression..

“There’s not a whole lot to do right now, with everything closed, so I use the library to help teach my kids,” says Shannon over the phone, raising her voice in order to be heard over the sound of her children playing in the background. “We got our library cards the first week that we moved here and we’ve been picking up 30 books every couple of weeks, because my daughter is a voracious reader.”

As her daughter is still only two, Shannon reads the books aloud, explaining different words and phrases. She notes the library’s staff is always welcoming and ready to help with choices – recommending various books, videos and programs for her children and arranging curbside pickup.

Sense of normalcy in a crazy world

With all of the time the family is spending at home, the Bales have been particularly engaged by the library’s virtual programs. Her daughter is enthralled by the exercises and Shannon herself participates in many of the adult craft programs.

“It’s a lot of fun, because you never know what they’re going to come up with for the kids,” Shannon says of the library’s youth programs and virtual presentations. “I didn’t even know that libraries offered adult crafts, so that’s pretty cool.”

“It’s been just such a sense of normalcy, especially in this crazy world right now. Even though we haven’t gone physically into the library, as soon as we moved here we felt like part of the community because we had somewhere to go we knew.”

At its March 11 regular meeting, Champlain council voted to approve ongoing repairs estimated at $454,000, which were outlined in one of two reports on the structural condition of the Champlain Library. Rumours had been circulating in the community for more than a year about the scope and cost of repairs required on the structure, however council chose to keep the full reports and projected costs private until the March 11 council meeting. A 35-page report from April 2019 by EVB Engineering was accompanied by a second 75-page structural condition assessment undertaken by architect Pierre J. Tabet, at the request of Lascelles Engineering and Associates.

The reports outlined numerous safety and deterioration issues with the brick-facade two-storey building located at 94 Main Street East in Vankleek Hill. The building was constructed in 1856. Primary deficiencies noted in the reports included deterioration of the exterior bricks (repaired in 2019 at a cost of $65,000), multiple fire safety issues and some structural and foundation problems.

Repair costs spread out over time

West Hawkesbury Ward 4 Councillor Gerry Miner, who voted in favour of the library renovations, was initially quite skeptical on the idea of spending $454,000 on a building he feels has a commercial value of less than half that amount. Miner does not use the Champlain Library – pointing out that readers in his ward are more likely to use the library in Hawkesbury, due to its closer proximity – and says the preservation of a historical building was not a factor.

For the Ward 4 councillor, the decision on whether to repair the aging structure was all about the cost versus the value the library provides to the township as a whole. Analyzing the service to the community against the cost over time, Miner ultimately added his support to the renovation project.

“As a councillor, you have to look after the money aspect, but there’s more to it – there’s a community involved here,” Miner observes, adding as he looked more closely at the numbers, the project began to make sense. “If the township spends $400,000 on a building to bring it back up to par and we’re sure that it’s going to last at least 20 years – if you look at that cost per year to give a service to the community – then it’s a whole new ball game.”

“You can’t only look at it as a business decision. We’re not running a business; we’re running a municipality.”

Champlain Township Mayor Normand Riopel believes council made the right decision in opting to move ahead with the project. While he originally had an opposing view to that of councillor Miner at first – supporting the renovations all along – he believes the township crossed every T, before green-lighting the repairs.

The mayor received feedback from both supporters and those who opposed spending the money, and says he took every opinion into consideration in his decision to vote in favour of the library renovations.

“A lot of the public has an opinion and they have a right to – they’re the ones who live and pay taxes in the community,” Riopel says. “Every comment and valuable piece of information is taken into consideration and brings you to, at the end of the day, what I think was a good decision. I’m happy we are there.”

The mayor points out the project encompassed multiple issues – the library, preservation of a historic structure owned by the town, and the continued vibrancy of Vankleek Hill’s Main Street.

“We don’t want to have an empty building, or see it torn down,” Riopel says.

“There’s not many places within the community where people can take courses or engage in activities which are completely free,” notes CEO and head librarian Cynthia Martin. “Right now we are doing a lot of virtual programming – we’ve started a virtual coding club for youths and we have a teen craft program.”

“We also have a seniors tech hub program where seniors call us and make an appointment. We call them back on Thursday mornings to help them with whatever issues they are having on their devices – tablets, email issues, how to get photos off their phones.”

While it has been closed for more than a year, the interior of the Champlain Library is a familiar place for Tammy and Kevin Hall – and has often served a welcome sanctuary. With a 12-year-old daughter, twin nine-year-girls, and a son aged seven, the Hall household is a busy place, so Tammy hands off the kids to Kevin, while she retreats with her phone to a quiet room.

“The library really has become part of our family – especially with having children,” says the Vankleek Hill resident. “When we walk in, it’s like going to a second home – it’s always a friendly conversation; they know what my kids are interested in.”

“It’s the heart of the community for me.”

Family trips to parks and museums

For the Halls, the library is much more than books. The Champlain Library offers free passes for four people to parks and museums, including the Glengarry Pioneer Museum, The Canadian Museum of History in Ottawa, and the National Gallery of Canada. It’s a huge money saver for any young family and well worth the cost of a free library card.

“Being able to access parks, or museums – all these opportunities and experiences that people may not realize they can afford to do – it just opens up a whole other world for your kids,” Tammy says. “I can drive to a museum with the kids and check it out to see if that’s something we’d like to do.”

“To be able to provide experiences like this to people for free – it’s pretty amazing.”

The Champlain Library can be visited virtually through its webpage or Facebook page. The library can be reached via email at [email protected] or by phone at 613-678-2216.

A complete list of services offered by The Champlain Library can be found here. Membership is free to anyone living in Champlain Township or the Township of East Hawkesbury. 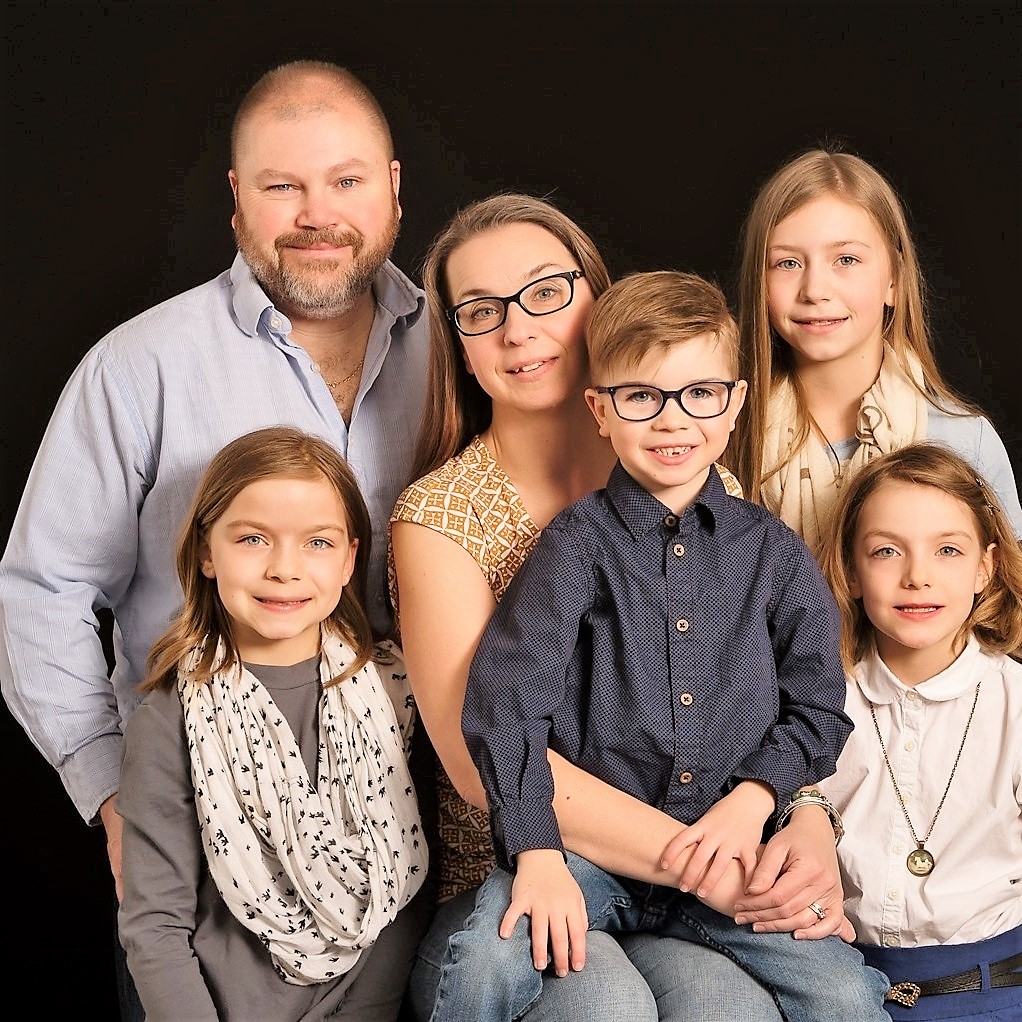 Kevin and Tammy Hall of Vankleek Hill are avid users of the Champlain Library, referring to it as a “second home”. The couple also takes advantage of the library’s free museum and park passes for family outings with their four young children.