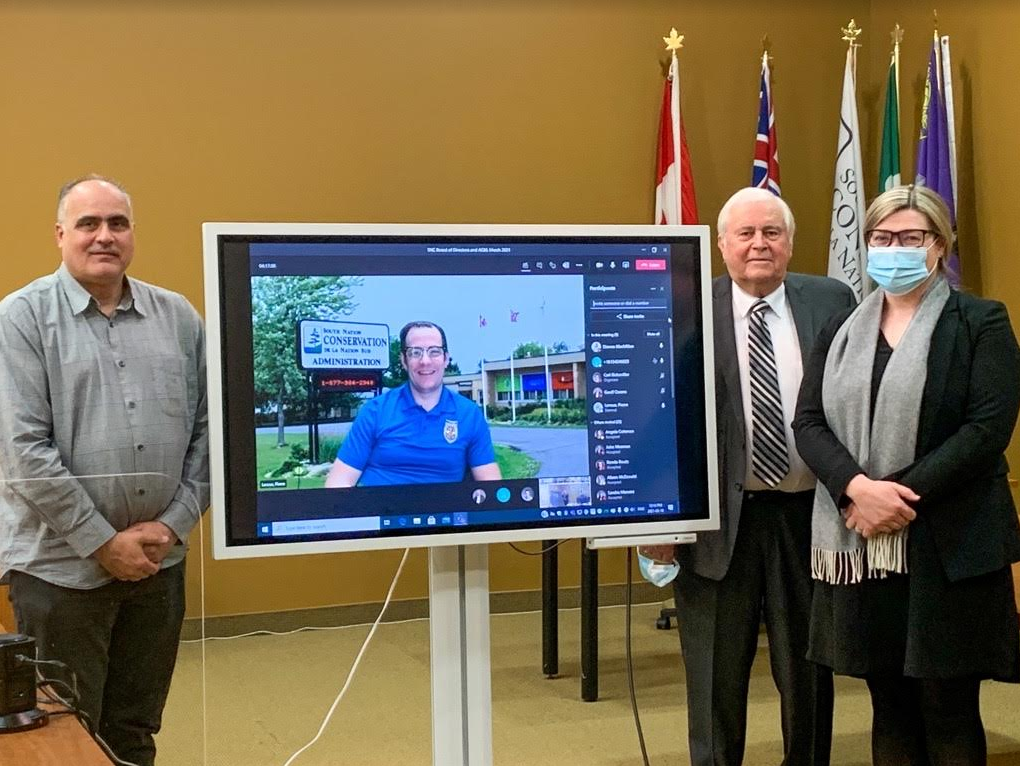 The 2020-2021 Board Executive was unanimously re-elected to serve for the 2021-2022 term. George Darouze, Councillor for Osgoode Ward in the City of Ottawa, was re-elected as Chair; Pierre Leroux, Mayor of Russell Township, was re-elected as Vice-Chair; and Bill Smirle of Stormont, Dundas and Glengarry was again confirmed as Past-Chair.

Composed of 13 members, SNC’s Board of Directors oversees the authority’s budget, programs, and services, and works alongside staff to champion local conservation initiatives.

“On behalf of the Executive, I thank all members and staff for putting your trust in us as the conservation authority faces new challenges and opportunities to protect and enhance our local environment,” said SNC Chairman George Darouze.

“We adapted to the needs of our member municipalities and area residents to deliver a record-breaking year in development reviews, environmental protection, and providing outdoor natural spaces, and we are proud to highlight some of this great work in our Annual Report,” said Angela Coleman, SNC’s General Manager and Secretary-Treasurer.

A digital copy of the annual report can be found here.

The SNC’s annual general meeting was live-streamed online and is available to watch on the conservation authority’s public YouTube channel.

More information on SNC’s Board of Directors including upcoming meeting dates and meeting minutes can be found here.